Nina: A story of love and liberation

02/02/2018 - The new film by Olga Chajdas, screened at Rotterdam, is a film that focuses on the emancipation of women in modern Polish society

At first glance Nina [+see also:
trailer
film profile], the new film by Olga Chajdas screened at the 47th edition of International Film Festival Rotterdam in the Voices section and also in many other European venues thanks to IFFR Live (read the news here), might seem like the usual packaged product for international festivals, which usually provide the inevitable club scene with very loud music that gets the audience in the cinema excited. But the film has merit, and tells the story of the liberation of women in a traditionally Catholic Polish society, with a tender love story between Nina (Julia Kijowska), married and looking for the child she can’t have, and Magda (Eliza Rycembel), young and free but alone.

The obstacles to this liberation are numerous and always the same: essentially men, in this case the husband (Andrzej Konopka), the so-called traditional family unit and political power. Everything happens in cold Warsaw where a law to prohibit less well-off women from having abortions is being debated and which Nina and her husband echo, looking for a "surrogate" woman to conceive a child that would make Nina's devoted Catholic mother happy. A middle-class couple who wants to rent a womb while the government wants to prevent abortion is the paradox Olga Chajdas employs to describe the protagonist's emancipation, the discovery of her sexual identity and the familial relationships between individuals who are ultimately very lonely, as cemented by the numerous shots in which we see a lone figure in a field. To avoid isolation, you have to meet other people, and to meet other people you have to bump into each other somehow, as is the case for Nina and Magda who meet when their cars collide.

Hence a love story that develops slowly, and which goes from being kept behind closed doors (the protagonists’ houses) to public places (the Natalia Bażowska exhibition, the central square of Warsaw in which Nina mocks the military and various clubs), assuming a political dimension that owes a lot to the cinema of Godard and his Contempt, which is mentioned in the film several times.

And so the commentary that Olga Chajdas makes in her debut feature film develops slowly and becomes increasingly clear in affirming that love and liberation can no longer wait or depend on male power, be it the husband, the Polish government or even at one point (Godard had a long view) an American film producer.

The film was produced by Dariusz Pietrykowski for Film it, which will also be handling sales abroad.

The love triangle between a foreman, his wife and his best buddy constitutes but the surface of this haunting and elegant drama, and digging deeper reveals a chilling tale about a human soul

The script is based on Harlan Coben’s 2007 eponymous novel, with the writer also acting as executive producer. The Netflix show is benefiting from a Polish 30% cash rebate scheme

"The film will be a modern punk story, a depiction of a historical moment as seen by a young, struggling, rebellious woman"

Cineuropa talked to Polish director Olga Chajdas about her inspiration behind her Eurimages-awarded new project, Stillborn, and its current production status

VENICE 2019: In his superb new movie, Jan Komasa investigates the social dynamics of a small community that gets a new priest who hides his true identity 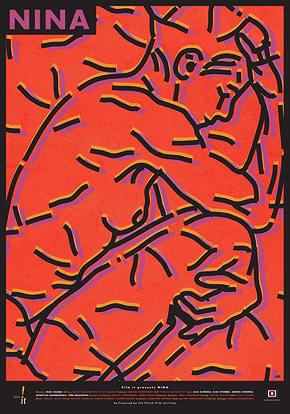 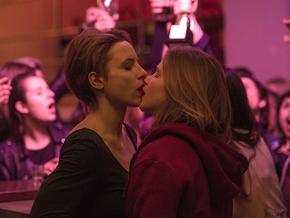