Amor Amor stars actor Jorge Freitas as Jorge, a manipulative and self-centred photographer who feels stuck in his relationship with Marta (Ana Moreira). Head over heels in love with him, Marta is the new object of desire of Jorge’s friend, Carlos (Nuno Casanovas), who also happens to be in a relationship with Ana’s best friend, the cynical Lígia (Margarida Vila-Nova). Lígia’s romantic younger brother Bruno (Guilherme Moura) is also infatuated with Marta. Complicated? Perhaps, but why have a conventional love triangle when you can have a pentagon of feelings and manipulation?

With the sentimental bonds between the five characters about to implode, it is easy to imagine the emotional rollercoaster that they are riding. What is not so easy to imagine is that all of the chaos and eventual resolutions of the characters’ stories could realistically fit into a plot that unfolds over just 24 hours. But that’s exactly what happens in Cramez’s bittersweet romantic drama. All of the events – far too many – take place on the last day of the year, as if all the characters decided to embody – whether consciously or unconsciously – the desire for change so typical of that season. There is a permanent nostalgic atmosphere in the air throughout, and a feeling that the future remains as unpredictable as the weather.

Cramez seems fascinated by the intimacy of his characters and by their communication skills. And in a nod to Éric Rohmer, he gives his cast long and intimate pages of dialogue and often shoots it in long, uncut takes or with the camera extremely close to them. This decision certainly intensifies the characters’ feelings of attachment to each other. The chemistry between Moreira’s and Vila-Nova’s characters is obvious from the very first scene, as is the companionship between Freitas and Casanova, particularly in the beach sequences. Introspective chats about love and its future decay are set against the backdrop of natural locations such as Meco beach and several streets and squares in the Portuguese capital. Love may be the topic of the conversations – but choosing and embracing change is the ultimate theme of the film.

Amor Amor’s script went through several drafts over the years, due to different applications to the ICA’s financing schemes, which certainly explains the ten-year gap between the director’s first and second features. This C.R.I.M. production, which premiered at IndieLisboa in 2017, is finally being released now, thus making it one of the first Portuguese titles to secure theatrical distribution in 2018, courtesy of Nós Audiovisuais.

Looking ahead to 2018’s Portuguese films

Arabian Nights, (Be)Longing and Trails, Exorcisms make up the Portuguese contingent on the Croisette 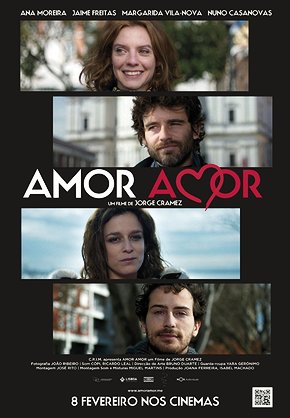 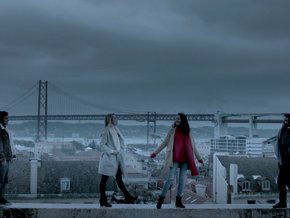