Jagoda Szelc, a writer-director whose first film, Tower. A Bright Day [+see also:
trailer
interview: Jagoda Szelc
film profile], is being presented in the Forum section of this year’s Berlinale, is a supernova that shines with a blinding, internal light. Szelc’s appearance on the map seems sudden; she wasn’t one of those film-school students whose graduation works aroused the industry’s attention and teased its palate, as was the case for Kuba Czekaj, Paweł Maślona and Piotr Domalewski, for example. Tower. A Bright Day was presented at an industry event in Cannes, and then wowed Polish critics and industry at the Polish Film Festival in Gdynia last September. Szelc’s film oozes a unique style; it’s both poetic and visceral, and it deals with religion and spirituality, yet remains full of substance.

In the opening sequence, we see Andrzej, his wife Anna and their kids, who are heading to a family gathering. They are bringing a special guest with them: Andrzej’s estranged sister Kaja. They are driving through the woods, which seem to devour their family car only to spit it out seconds later. This scene is a portent of the film’s main theme – the inevitable encounter with forces that seem to be threatening, overwhelming and, most of all, alien. Soon, the family reaches their destination – the house of Andrzej and Kaja’s sister, Mula. These two women, representing different approaches to life and exuding different on-screen presences, are the protagonists of the film. Mula is a grounded wife and mother, while Kaja is a seemingly detached, insane woman who would probably fit in better with a story of witchcraft than a family drama. Her appearance is a source of tension and unease for the family, also because – as is quickly revealed – Kaja is the biological mother of Mula’s pre-teen daughter, who is just days away from her First Communion. The family drama is nothing but a pretext for Szelc, because it is on this very concrete and realistic foundation that she erects a symbolic and poetic tale, a tale of two orders clashing. But not only are metaphors and intellectual ideas used by the director to this end; the cinematography (kudos to DoP Przemysław Brynkiewicz) and sound design help to create an immersive, somewhat disturbing cinematic experience, which shares some DNA with Carlos Reygadas’ Post Tenebras Lux [+see also:
film review
trailer
film profile].

Szelc chose to cast charismatic actors (Anna Krotoska, Małgorzata Szczerbowska and Rafał Cieluch, to name just the main cast) who are virtually unknown to the Polish audience, but who have a perfect chemistry together and whose subdued performances bring a unique quality to the screen. The director, who is already working on her sophomore effort, Monument, proves that she can perfectly shape every aspect of the film to fit her vision, a rare feat for a debutant. Incidentally, Szelc won two awards at the Polish Film Festival – for Best Debut and Best Screenplay.

Tower. A Bright Day was produced by Marcin Malatyński of Studio Filmowe Indeks, and co-produced by Agata Golanska of Lodz Film School, Agnieszka Janowska of Centrala Film, Kacper Habisiak of Dreamsound, Andrzej Jędrzejewski of Heliograf, Maciej Ostoja-Chyżyński of EBH and Rafał Bubnicki of Odra Film. The Polish distributor is Against Gravity, while the international sales are being handled by Media Move.

more about: Tower. A Bright Day

“Watching a film is a form of ritual”

BERLIN 2018: We talked to Jagoda Szelc, whose debut film, Tower. A Bright Day, has had its world premiere in the Berlinale’s Forum 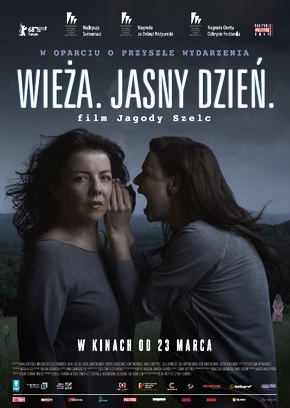 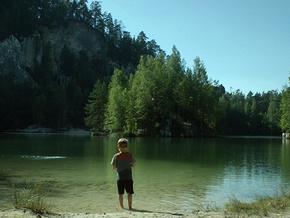 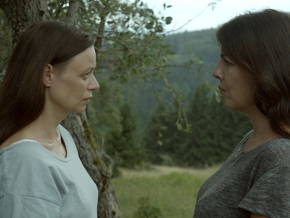