It’s late autumn, 1971. The anniversary of the October Revolution is being celebrated around the city of Leningrad, and one of its citizens, aspiring writer Sergei Dovlatov, is finding it hard to sleep. He has recurring dreams about Leonid Brezhnev, but luckily, they are more tiresome than fearsome. So is life in the USSR: Stalin has been dead for almost 20 years now (a nightmare he had about him was a sign of his inevitable arrest, as we soon learn), but the communist regime that he co-created is very much alive, and dictates the everyday life of Homo Sovieticus.

German Jr gives us a very detailed tour of that realm, but with Dovlatov, a real-life writer, dissident and the closest friend of Nobel Prize winner Joseph Brodsky, acting more as a display case than a guide. First, the tour leads us through Sergei’s home, a typical communal apartment, inhabited by way too many people hailing from a plethora of different backgrounds. There is no room for privacy or individuality here, and Dovlatov, with his sharp wit and ironic sense of humour, couldn’t be less of a good fit. He just doesn’t belong (and doesn’t want to) – in a literal sense, too. He is not a member of the writers’ union, so he can’t be published, and when he is given a chance to report on a moronic “company” film made in a stockyard, he can’t stoop to such depths and pens a piece that only makes his professional situation worse. On top of that, he has separated from his wife, Elena, and shares custody of their daughter, who he can’t really get access to. It seems that life could only get worse for Dovlatov if he were sent to a gulag, but then again, he might be able to come up with an inspirational novel from there, just like fellow writer Alexander Solzhenitsyn did…

Unfortunately, the film feels stale for the most part. Dovlatov, unlike its ironic and intellectually agile protagonist, doesn’t present a unique perspective on the times or the people it shows. On the other hand, the visual narrative is certainly alluring; Polish cinematographer Łukasz Żal makes at least a few references to the aesthetics of social realism and the late Andrzej Wajda’s films, and creates a world that has a simultaneously warm, soothing and ominous feel. There are almost no shadows in the picture, no dark corners to hide from the ever-vigilant Big Brother and his ubiquitous minions. German Jr knows perfectly well how to choose his DoPs – his previous film, Under Electric Clouds [+see also:
film review
trailer
film profile], was awarded with a Silver Bear for Outstanding Artistic Contribution for Cinematography at the 65th Berlinale (courtesy of Serhyi Mykhalchuk and Evgeniy Privin). It’s ironic that a film about a splendid writer lacks literary substance – and no doubt Dovlatov would be the first to whip out a sarcastic comment about that.

Dovlatov is a Russian-Polish-Serbian film, produced by Russia’s SAGa, Metrafilms and Channel One, and co-produced by Message Film (Poland), Art&Popcorn (Serbia) and Lenfilm (Russia). The world sales are being handled by Alpha Violet.

BERLIN 2019: We sat down with Serbian actor Milan Maric, selected for the 2019 Shooting Stars 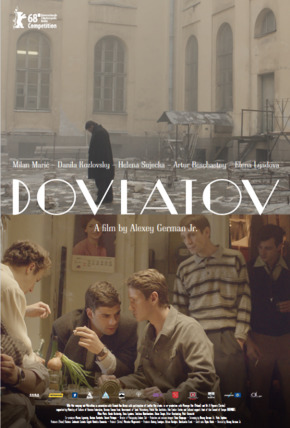 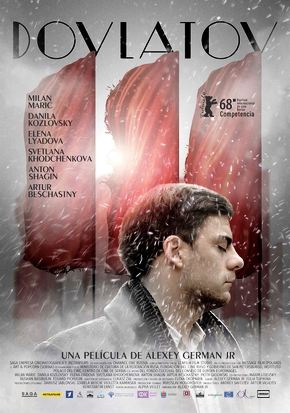 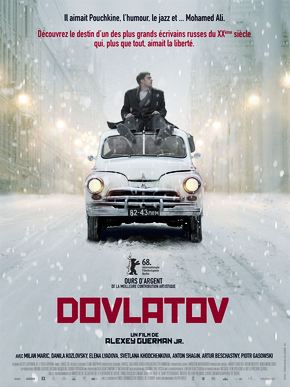