20/02/2018 - BERLIN 2018: Emily Atef's fourth film looks back at Romy Schneider's last interview in an attempt to shed light on the relation between the persona and the myth

Charly Hübner and Marie Bäumer in 3 Days in Quiberon

In 1981, German superstar actress Romy Schneider is spending several days in a luxury spa resort in Brittany. She is there to cleanse her body and mind, which she was infamous for abusing throughout her (public) life. This is where she gave her last interview ever, to the German news magazine Stern, and German-French-Iranian director Emily Atef (Kill Me [+see also:
trailer
film profile], The Stranger in Me [+see also:
film review
trailer
film profile]) uses this short period as the basis for her new film, 3 Days in Quiberon [+see also:
trailer
interview: Emily Atef
film profile], which has just world-premiered in the Berlinale's Competition.

The black-and-white movie begins as Romy's childhood friend Hilde (Birgit Minichmayr) arrives to visit her. She enters her hotel room and finds Romy, played by Marie Bäumer, waking up from her uneasy slumber. The strict diet she is on is taking its toll on her biorhythm. Hilde is intent on protecting her, primarily from herself, but when she hears that Stern is coming to interview her, she sees this as yet another danger and starts railing against the "bloodsuckers" even before they arrive.

But Romy says that she likes Robert Lebeck (Charly Hübner), a famous photographer at that time, who is coming to take pictures, and that is why she agreed to give an interview to Stern's entertainment editor, Michael Jürgs (Robert Gwisdek). Besides, she wants to rid herself of the image she is associated with in Germany. Even though she forged a respected film career in France and even worked with Orson Welles, for Germans she is still the sweet girl Sissi, the young Empress Elisabeth of Austria whom she played in a popular 1950s trilogy. And as this persona is strongly contrasted with her tumultuous private life, Romy is eternal scandal fodder for the tabloids.

Jürgs starts the interview in a tough manner, with personal questions that Romy bravely tackles head-on. As she explains how she did not "escape to France", but instead "wanted to live", the whole atmosphere shifts towards this hedonistic vibe, and the four decide to go out on the town. They find a restaurant on the beach where a private party is taking place, but of course the film star and her companions are welcome. The champagne starts to flow, and Romy's interview becomes increasingly personal and emotional…

3 Days in Quiberon is not a biopic in the literal sense, but it certainly feels like one. The way Romy is portrayed fits all of the prejudices and ideas that the audience might have about her. Impulsive and charming in a detached way, she wants to live life to the full, but she also wants to reconnect with her estranged son and recover from her ex-husband's suicide, all of which means that Schneider is as much of a mess in Quiberon as we would expect. And despite dedicated performances, including a lovely episode by Denis Lavant as a street-dwelling poet, the only thing that really separates the film from standard Hallmark Channel-style biographies is Thomas Kiennast's elegant black-and-white cinematography and meticulous framing.

3 Days in Quiberon is a co-production by Germany's Rohfilm Factory and Departures Film, Austria's Dor Filmproduktionsgesellschaft, and France's Sophie Dulac Productions and Tita B Productions. Beta Cinema has the international rights.

more about: 3 Days in Quiberon

BERLIN 2018: We met up with German director Emily Atef to discuss her latest film, 3 Days in Quiberon, premiered in competition for the Golden Bear

CANNES 2022: Emily Atef delivers a wonderful melodrama about the approach of death, whisking us from Bordeaux to Norway in the wake of the charismatic Vicky Krieps and the much-missed Gaspard Ulliel

Close calls for The Match Factory at Cannes

The venerable German sales agent has three titles in the official selection this year, including Lukas Dhont’s competition-bound second feature

Shooting is under way on Moritz Bleibtreu’s directorial debut, Cortex 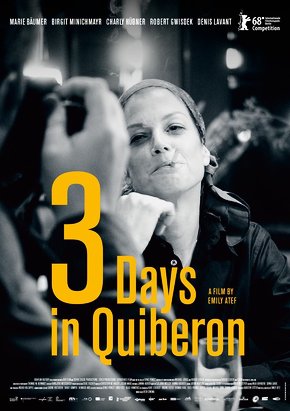 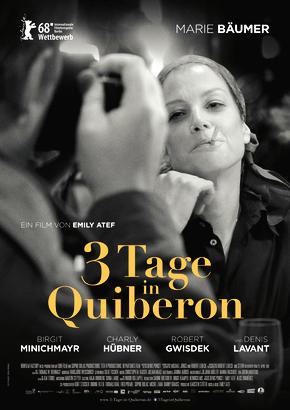 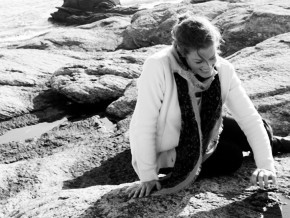 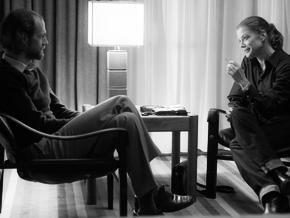 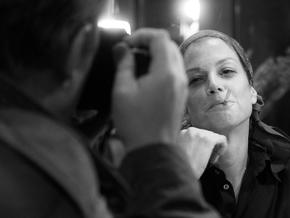 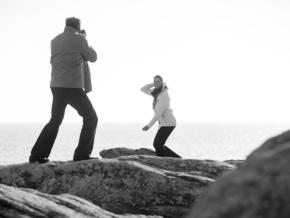 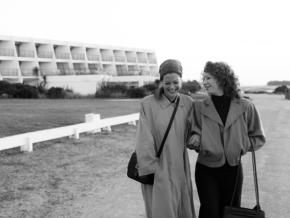