22/02/2018 - BERLIN 2018: Pernille Fischer Christensen dedicates a totally adorable and lively film to an important moment in the life of Astrid Lindgren, the creator of Pippi Longstocking

The first words we hear are those of a child. We see a very old lady from behind, at her desk facing the window, opening letter after letter sent in by young readers by the bagful. She is very thin, with short hair. "Astrid, how do you write so well about being a child, when you’ve not been one for so long?" And so begins Becoming Astrid [+see also:
trailer
interview: Alba August
interview: Pernille Fischer Christensen
film profile], the exquisite portrait dedicated to the Swedish children's writer Astrid Lindgren by Pernille Fischer Christensen and screened at the Berlinale Special Gala, one hundred years and three months after the birth of the creator of Pippi Longstocking and Emil of Lönneberga.

With excerpts of adorable messages sent to Astrid as regular markers (which are testament to the intimate understanding she had of the very complex world of childhood and the way her stories have accompanied millions of small readers growing up), the film goes back in time to the late 1920s to tell the story of a specific moment in Lindgren's life, then still Astrid Ericsson. The decisive moment when she suddenly entered the craft of writing and into adulthood, and where her childhood, once exiled, came back to her, never to leave her again...

With tender eyes, the Danish director depicts a large family, presided over by a very Catholic but loving mother and a kind father, who allowed his sixteen-year-old daughter to go and work as a journalist's assistant, practising her narrative talents, bursting with life, imagination and charming yet absurd ideas, before leaving her nice town, pregnant and single, to study in Stockholm. Christensen invites us into a charming world full of children's laughter, sun, games in the snow and feminine independence, because Astrid has an innate energy and contagious sense of freedom, which is heard in every single one of her comebacks and is found first and foremost in the way she looks at everything, enabling her to overcome the trials of those years, because it took courage and liveliness at that time to do things "your own way" as a young woman. The whole film is a real pleasure, and the young actress who plays the writer, Alba August (daughter of Bille August and Shooting Star 2018 at Berlin), is a joy to watch develop, well supported by a cast that includes the excellent Trine Dyrholm.

You may have guessed that the film does away with those final Wikipedia explanations that you often find displayed on screen at the end of innumerable failed biopics. We finally meet a guy we assume to be Lindgren (which the film confirms surreptitiously without giving this information any more importance than necessary, as it’s not central to the story being told), but the image with which Becoming Astrid leaves us is much more moving: a ninety-year-old woman, opening letter after letter and admiring each colourful drawing, in the light of the window in her office.

“If it hadn’t been for Pippi, I wouldn’t be a director”

The writer of the series has snagged the circa €19,000 award following the TV Drama Vision competition that included four other Nordic series

Norwegian and Swedish cinemas have a good 2018 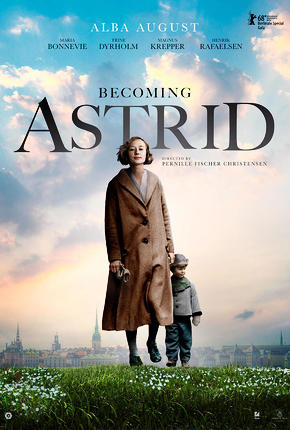 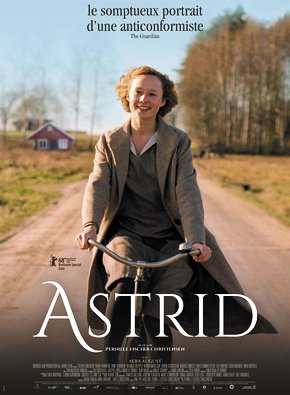 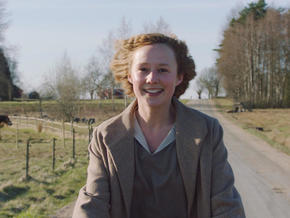