21/02/2018 - BERLIN 2018: The Wire star Idris Elba adapts Victor Headley’s cult novel for the big screen, showing promise that he’ll be as good behind the camera as he is in front of it

Idris Elba became an international acting superstar following his brilliant performances in the popular HBO television series The Wire, which looked at the criminal underworld of Baltimore. Now he’s looking to benefit from the drama of criminal tales as a director. In his at times enthralling directorial debut, Yardie [+see also:
trailer
film profile], playing in the Panorama section of the Berlin Film Festival, Elba has returned to the streets of his own youth, in the East End of London, to adapt Victor Headley’s popular book of the same name. It’s the story of a Jamaican hoodlum, D (Aml Ameen), who is sent to London for his own safety and jumps from the frying pan into the fire as he ends up being embroiled in the London drug scene. In his feature debut, Elba shows some promise that he’ll be as good behind the camera as he is in front of it.

The strongest section of Yardie is that set in Kingston, Jamaica, where we experience the messy world of D though the strong, vibrant colour palette of DoP John Conroy’s cinematography and the hustle and bustle of an excellent, reggae-inspired soundtrack. Elba wisely chooses not to go into too much detail about the government-level political turmoil, the drug gangs of Jamaica, nor how the impact and success of reggae gave the population a sense of identity and pride; instead, he hints at this turmoil as we witness the rise and fall of D, a handsome young man who has never recovered from the death of his brother and whose happiness stems from his girlfriend, Yvonne (Shantol Jackson), and daughter – that is until they head to England for a “better life”, whilst D stays behind, and tries and fails to make crime pay.

Once we get to London, it’s the relationship between Yvonne and D that carries the picture. They make for a charming couple, and each has their own views on how to get ahead and create the best environment for their child to grow up in. Kudos must go to production designer Damien Creagh for recreating the interiors of a 1980s council-housing block. But apart from a wildly unhinged performance from Stephen Graham, the criminal tale in London doesn’t have the energy and foreboding of the scenes in Kingston, even if Elba should be commended for trying to avoid British gangster-movie clichés. The story also falls flat in its attempt to keep the musical theme going by featuring a sound-clash battle, but overall, the narrative execution is messy, sufficiently so that the revelation that D uncovers about his life in Kingston whilst in London feels undercooked. Elba has more success with D’s bumbling criminal accomplices, who could easily be characters from an Ealing comedy, especially The Ladykillers.

BERLIN 2018: The Wire star Idris Elba adapts Victor Headley’s cult novel for the big screen, showing promise that he’ll be as good behind the camera as he is in front of it

CANNES 2017: The Cannes Film Market gets off to a flying start with Nuri Bilge Ceylan, Asghar Farhadi, Corneliu Porumboiu, Mamoru Hosoda, Marjane Satrapi and Mikhaël Hers 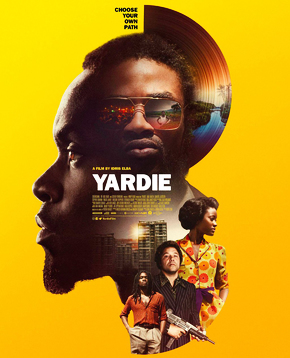 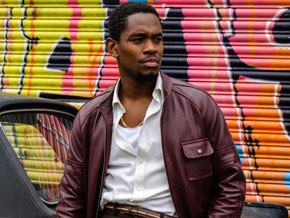