Review: The Seen and Unseen

22/02/2018 - BERLIN 2018: Indonesian director Kamila Andini presents a fantastic tale about the metaphysical connection between a little girl and her terminally ill twin brother

After a successful premiere at Toronto Film Festival, Berlin International Film Festival's Generation section hosted the second feature film by the Jakarta-born director Kamila Andini. The Seen and Unseen [+see also:
trailer
film profile], starring Tantri (Ni Kadek Thaly Titi Kasih), a ten-year-old girl who faces the imminent death of her twin brother Tantra (Ida Bagus Putu Radithya Mahijasena) builds a bridge between reality and a dream world. The film is a fantastic fairy tale about the metaphysical connection that unites two twins, an unbreakable bond that can't be understood rationally, but rather through the eyes of the local religion that enchants this film.

This Indonesian, Dutch, Australian and Qatar co-production features the current of mystical philosophy that seems to dominate the island of Bali. Sekala/Niskala (the film’s original title) affirms the existence of the real and the supernatural in the same space in which human beings live. The Seen and Unseen sees the dead, spirits and ghosts of other ages visit the protagonists to talk to them and accompany them on their earthly journey. The second feature film by Kamila Andini has many similarities with Apichatpong Weerasethakul's cinema and Uncle Boonmee Who Can Recall His Past Lives in particular, with both films invoking the presence of the supernatural to immortalise saying goodbye to a terminally-ill patient.

The film's quiet pace, as well as its lack of dialogue, encourages total immersion in this magical universe. But The Seen and Unseen is not strictly contemplative, it has two narrative axes. During the first half of the film, the director, who debuted with The Mirror Never Lies, shows us how Tantri comes to terms with the future death of her brother. When the boy has an accident and is forced to remain in hospital, we observe Tantri refusing to accept his new life without his playmate. But as soon as Tantri discovers the secrets of Niskala (the invisible), the fear of her brother's death disappears forever.

The assimilation of the magical dimension of reality is not just about the protagonist. The film itself undergoes a certain metamorphosis following this new mystical revelation. It’s at this point that The Seen and Unseen becomes a wonderful succession of dream sequences that transports us from one universe to another.

The Seen and Unseen was produced by the Indonesian company Treewater Productions with the support of Hubert Bals Fund from Rotterdam and the Doha Film Institute, among others.

more about: The Seen and Unseen

Indonesia’s Kamila Andini delivers a beautiful and sensitive work, telling a harmonious and bittersweet story about a young woman caught between yearnings for freedom and local tradition

The African, Asian and Latin American Film Festival is due to take place in Milan

The 28th edition of the event (18-25 March) will be opened by A Season in France, Mahamat Saleh Haroun’s most recent film

International Fribourg Film Festival is preparing to kick off its latest edition, with 113 films due to be screened as part of an increasingly rich and varied programme

BERLIN 2018: Fortuna also received the Grand Prix of the international jury in the 14plus section, while The Seen and Unseen won it in the Kplus section

Review: The Seen and Unseen

BERLIN 2018: Indonesian director Kamila Andini presents a fantastic tale about the metaphysical connection between a little girl and her terminally ill twin brother

Berlin's 41st Generation is dreaming with its eyes wide open

The first 16 films selected for the youth section at the Berlinale (8 for Generation 14plus, 8 for Kplus) boast 16 countries among their producers and co-producers

Selected titles have been announced for Platform, TIFF Docs and Midnight Madness, with Borg/McEnroe to open the 42nd TIFF

The Venice Gap-Financing Market presents its selection of projects

An opportunity to secure international funding for 25 fictional feature films and documentaries and 15 virtual reality and interactive projects, web series and TV series 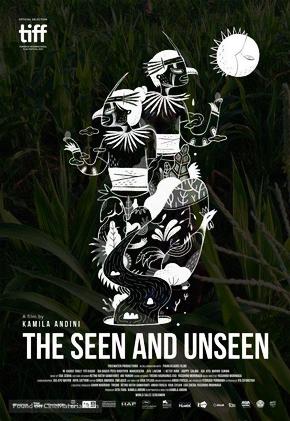 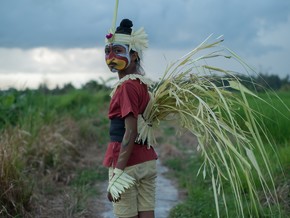 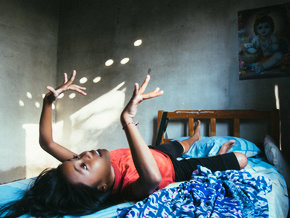 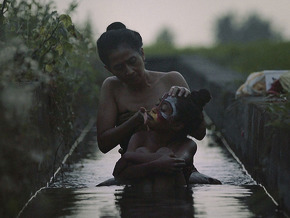 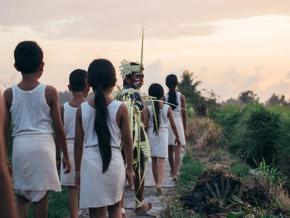