Review: Touch Me Not

Laura Benson in Touch Me Not

Female directors are taking centre stage in Romanian cinema this year, and the best proof of this is Adina Pintilie’s first feature, Touch Me Not [+see also:
trailer
interview: Adina Pintilie
film profile], a demanding, thought-provoking, relevant exploration of intimacy and the idea of self. The Manekino Film production had its world premiere in the Berlinale’s Competition, and it has a good chance of impressing the jury led by Tom Tykwer.

From the film’s very first shot, closely exploring the naked body of a man without shying away from his genitals, one knows that Touch Me Not is not one’s regular, sexually tame representative of the so-called Romanian New Wave. In the second scene, we meet one of the protagonists, Laura (Laura Benson), an actress with an intimacy problem who hires a callboy (Georgi Naldzhiev) to masturbate while she’s watching. This is only the first in a series of revealing encounters. At one point, we even meet the director, Adina Pintilie, who at first watches through the frame from behind the camera, but at a certain point will swap sides, talking about her own intimacy issues.

Pintilie blurs the border between reality and fiction with her experimental approach to the film’s difficult topic. The camera, the point where fiction usually ends and reality starts (or vice versa), becomes a fluid border, a point of communication, negotiation and introspection. The director watches the actress, and the actress looks deep into the eyes of the director (and the audience), a set-up that provides intriguing access into the more profound layers of the performance.

Laura can be considered the film’s protagonist, as her often emotional, disturbing encounters with various sex workers invite the viewer to meditate on his or her own limitations regarding his or her image of self and sexuality. Her visit to her dying father, a silent patient in a hospital, becomes a way to discover new characters and their own intimacy issues, but also the film’s motto, “Tell me how you loved me, so I understand how to love.”

Aided by convincing performances throughout, Touch Me Not benefits from the appearance of Christian Bayerlein, a severely disabled man whom we first see in a touch therapy session in the hospital. Christian opens up in front of Tómas (Tómas Lemarquis), a man with his own psychological issues, about how people react to his deformities and how this reaction has nothing to do with being good or bad.

There is no better way for Pintilie to push the audience outside their comfort zone and discuss the differences between how we perceive ourselves and how others perceive us. With its fluid interface between fiction and reality, the film seems to suggest that we are all continuously negotiating the amounts of fiction and reality in our lives, in our relationship with ourselves.

Maybe Touch Me Not is not exactly a film to love, but it definitely isn’t a film to forget.

Touch Me Not was produced by Manekino Film in co-production with Rohfilm Productions (Germany), Pink Productions (Czech Republic), Agitprop (Bulgaria) and Les Films de l'Étranger (France). It is being handled internationally by Doc & Film International.

more about: Touch Me Not

Interview: Adina Pintilie • Director of Touch Me Not

"I hope the film can open a dialogue and foster empathy, inclusion and freedom of expression"

BERLIN 2018: Romanian director Adina Pintilie explores the challenges of making her first film, Touch Me Not

The Boy Scouts, a Grail Movement cult, paedophiles and Azerbaijan are embroiled in a stranger-than-fiction child-abuse case dramatised in the miniseries set to be directed by Olmo Omerzu

"Awards are opportunities, not final destinations" 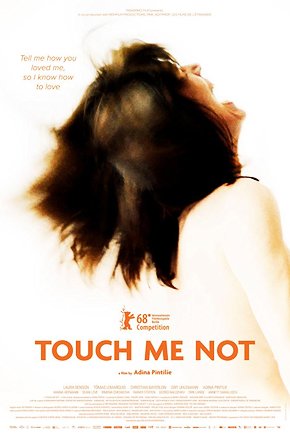 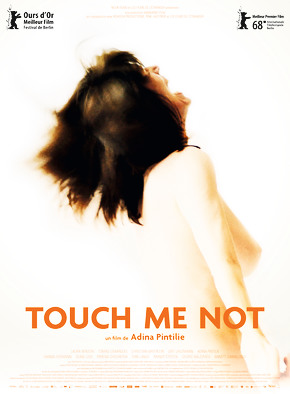 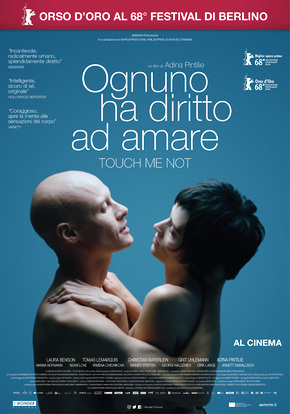 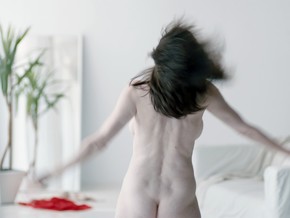 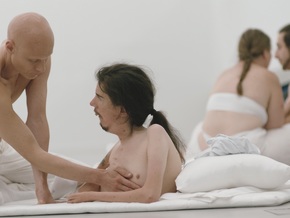 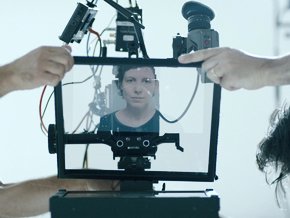 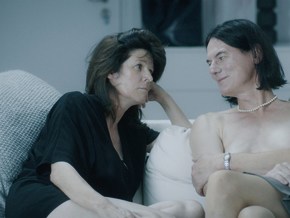