BERLINALE 2018 Out of Competition

23/02/2018 - BERLIN 2018: Swiss director Markus Imhoof presents his latest film out of competition at the Berlinale, inspired by his childhood memories

More Than Honey questions an endangered micro-universe, while the director’s latest film focuses on a macro-context with an innumerable number of offshoots. Seemingly opposite, these two worlds have more in common than you might think. Just like bees –small but powerful producers of divine nectar – the migrants who disembark on Italian shores, coming from an inhuman Odyssey, struggle to survive, claiming their own space in a dystopian-like world.

Although the theme has certainly been tackled before (there are numerous documentaries that have approached the subject, one of them being the all-powerful Fire at Sea [+see also:
film review
trailer
interview: Gianfranco Rosi
film profile] by Gianfranco Rosi), the origin of the film by Markus Imhoof, which is linked to the director's own life events, immediately sets him apart from his predecessors. Eldorado is in fact inspired by the director's own childhood memories, a crucial moment during which his family hosted (during the Second World War) Giovanna, a young Italian girl on the run, forced to return to her country at the end of the conflict. As a child the director, fascinated by this mysterious and distant individual, continued to write to her until her death while still a young girl. And its these memories, brief but full of a certain emotion that shines through the film, that Markus Imhoof links to the present. A present that seems to be on constant repeat, re-opening wounds which have yet to heal.

Be it conscious or not, the innocence and healthy curiosity of the child director have an important effect on the film, which plays out on two separate levels: the cold and almost clinical detachment that marks the landing of numerous migrants, and the emotional memories full of involvement that live on in the vestiges of a phantom past (Giovanna's letters, food stamps, games, photographs). The dystopian present (marked by dull eyes, bare hands holding latex gloves, white overalls and masks) winds around a utopian past, despite the pain of loss, giving Eldorado the appearance of a puzzle that is impossible to solve. And it is perhaps in this paradox that the originality and strength of the film resides, with a theme that seems to be on endless repeat, rehashing itself while coming back to the same conclusion: behind every tragedy there are hidden "perfectly criminal" interests (as said with great clarity by a member of the CGIL trade union, working with illegal workers in the tomato fields of Southern Italy and interviewed by the director).

A film certainly can't change the fate of those who remain in Italian purgatory (as many call it) but it can at least shine a light on events that are often hidden from view. Because once the initial indignation has passed, life begins again as before. For those who exist and for those who have lost all identity, between routine and resignation. "Why not turn the problem into an opportunity"? This is the simple question at the heart of Imhood’s film.

Eldorado was produced by the Swiss company Thelma Film, together with the German outfit Zero One Film. Films Boutique is handling international sales. 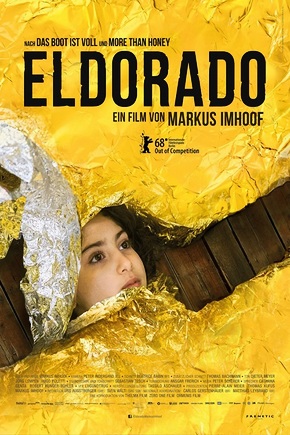 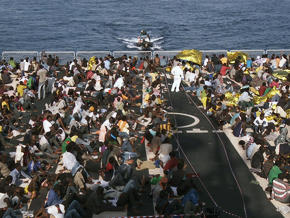 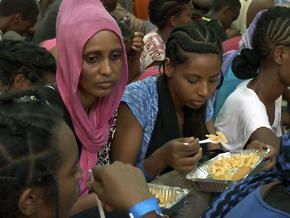 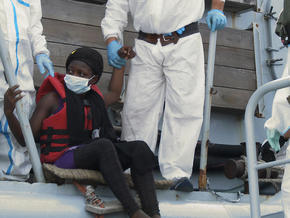 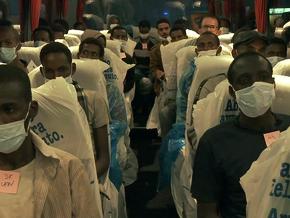