Review: In the Aisles

Sandra Hüller and Franz Rogowski in In the Aisles

In his Berlinale Competition entry In the Aisles [+see also:
trailer
interview: Franz Rogowski
interview: Thomas Stuber
film profile], Thomas Stuber cranks up the quirky in his adaptation of Clemens Meyer’s short story, where the mournful tone of the storytelling is offset by shelf loads of irony. As the goods are unpacked and sorted in a wholesale supermarket in the eastern part of Germany, the names Wes Anderson, Roy Andersson and Aki Kaurismäki are stacked up as references in this tale of loneliness.

Franz Rogowski is having quite a Berlinale. He’s already earned critical praise for his performance in Christian Petzold’s rival competition entry, Transit [+see also:
film review
trailer
interview: Christian Petzold
interview: Franz Rogowski
film profile], and here he is equally outstanding as the quiet, contemplative and heavily tattooed Christian, who we meet as he starts a new job as a stock clerk in a supermarket. Befriended by the paternal Bruno (Peter Kurth), Christian is introduced to the characters and rivalries of those working in the aisles. Christian has to learn how to drive a forklift truck and the best way to unpack bottles from crates, with these seemingly menial tasks shown to require skill and know-how to be completed efficiently. To his immense credit, Stuber manages to be witty and funny whilst portraying these oft-forgotten and neglected cinematic characters with extraordinary passion and love.

However, it’s love of the unrequited kind that dominates this movie. Christian is smitten with the girl from the sweet aisle, played with exquisite vulnerability by Toni Erdmann [+see also:
film review
trailer
Q&A: Maren Ade
film profile] star Sandra Hüller. Christian’s Eskimo kisses, thoughtful birthday greetings and coffee-break conversations are all gratefully received, but these characters have lives outside of the supermarket that eventually take control of their lives within it, whether they like it or not. Although most of the action takes place in the aisles, glimpses of Christian’s apartment and the life he’s trying to leave behind are seen accompanied by a voiceover that sounds like diary entries. This narration and the splitting of the film into three chapter-headed segments, each named after the three principal protagonists, make the film stylistically reminiscent of John Duigan’s wonderful The Year My Voice Broke (1987).

As we peer increasingly into the characters’ lives, Stuber pulls back from using quirky as a means to get to comedy. Indeed, as we meander through the aisles, it is melancholy and poignancy that become the driving forces, and this switch in tone is slightly too jarring. It’s the only fault in an otherwise outstanding feature. In the final act, the sound design, which is constantly impressive throughout, becomes an actual feature of the plot, just as the soundtrack waltzes from classical music into pop songs.

In the Aisles is a German-Austrian co-production staged by Departures Film GmbH, Sommerhaus Filmproduktion and Rotor Film. It is being sold internationally by Beta Cinema.

more about: In the Aisles

BERLIN 2018: Thomas Stuber talks to Cineuropa about his Berlinale competition entry In the Aisles and how being told a story is melancholic

BERLIN 2018: German Shooting Star Franz Rogowski talks to us about himself, his work and where his career might lead him to

“We are not interested in producing films according to the book” 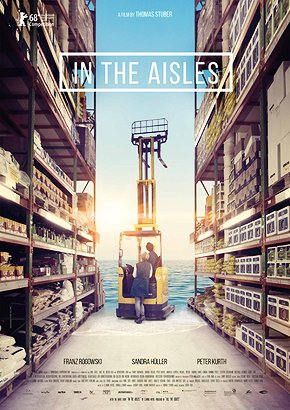 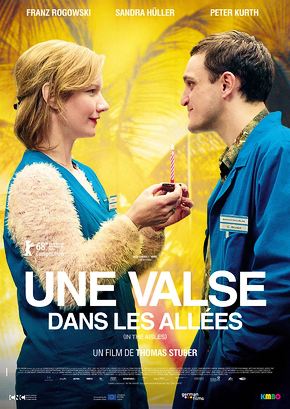 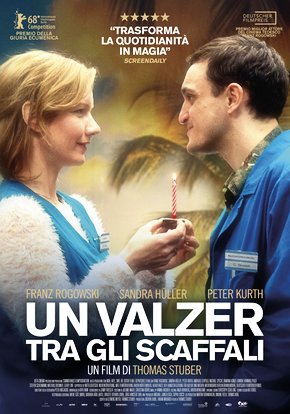 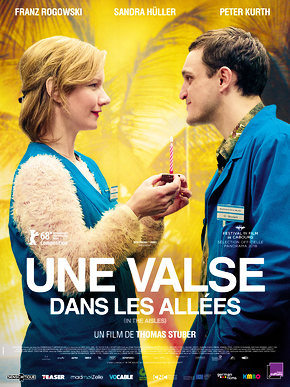 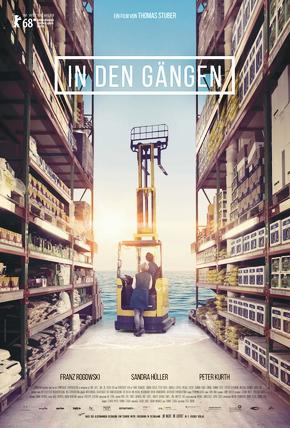 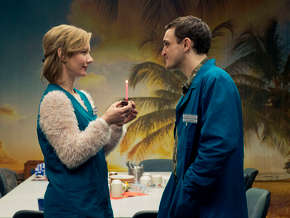 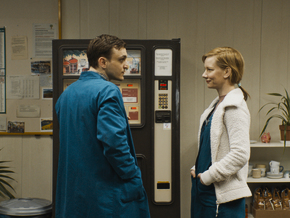 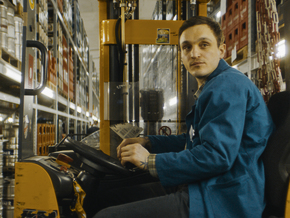 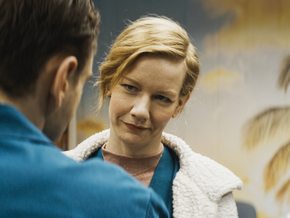 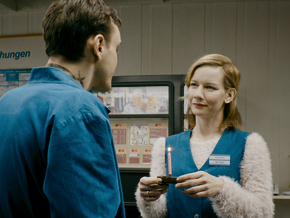 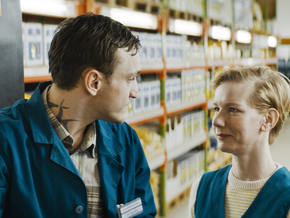 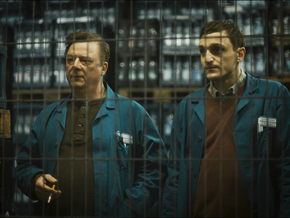 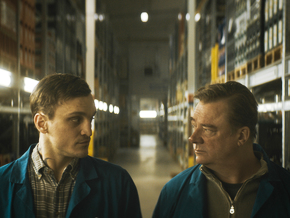 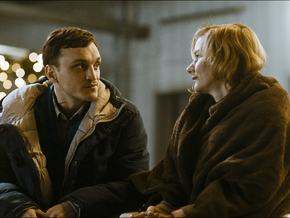