26/02/2018 - BERLIN 2018: The intentions of this road movie, in which Martin Šulík brings together the son of a Nazi and the son of a Jewish family, are honourable, but the film not much else than just pleasant

Jiří Menzel and Peter Simonischek in The Interpreter

Slovak director Martin Šulik brings together two undeniably endearing characters in his on-the-road film The Interpreter [+see also:
trailer
interview: Martin Šulík
film profile], screened at the Berlin International Film Festival. The two characters in question are Ali Ungár, an elderly reserved man who is both attentive and content, the son of a Jewish family killed in Slovakia at the end of the Second World War and a translator by profession, and Georg Graubner, the son of a Nazi, slightly younger, extroverted and a bon-vivant, who requires an interpreter to visit the places in Slovakia where his Gestapo father worked during the war (a journey recorded by the Nazi in letters to his wife that seem like those written by a fairly ordinary and decent family man, however, as it quickly becomes apparent, the man was quite the opposite, massacring entire villages). Šulík casts two equally likeable actors as Ali and Georg, the great Czech director Jiří Menzel (Oscar winner in 1968 for Closely Watched Trains, and in competition three times at Berlin, winning the Golden Bear in 1990 for Larks on a String) and the Austrian actor Peter Simonischek, whose character bears some similarity to his good-hearted character in Toni Erdmann [+see also:
film review
trailer
Q&A: Maren Ade
film profile].

The film’s intentions are honourable, particularly as it approaches the themes of remembrance and the transmission from parent to child (mourning, responsibility, repentance, silence...) in a rather light-hearted tone, via the use of the "buddy film" genre, which focuses on the improbable friendship between two likeable grandpas driving through Slovakia. And it’s via the various situations that these two characters naturally encounter on the way, that the themes of remembrance and forgetting, voluntarily or involuntarily, be them tinged with remorse or not, are presented to the audience in a somewhat pleasant way, without the director forgetting that wars are still creating orphans in Europe to this present day. The second part of the film takes a more serious turn, and after an initial section dedicated to the nascent friendship between Ali and Georg, who take on the obligatory character roles of the genre, sharing a motel room and experiencing friction due to a clash of personality between the more serious of the two, and the more light-hearted who wants to enjoy the trip and flirt at the hotel bar (where a traditional provincial wedding party sadly befits this kind of film setting).

Šulík doesn’t exactly bring anything new to the two genres that he has neatly combined here, but he nevertheless approaches the subject matter tastefully, without failing to tackle the theme with an appropriate level of caution. It’s somewhat astonishing to hear a handful of audience members applaud this rather conventional film, perhaps due to the effect of the melancholy cello, which insistently accompanies the second part of the film (you get a sense here of a "virtuous circle," where conventional films are shown to conventional audiences, who keep on requesting them, when in actual fact the film industry can do much better than to create films that are just nice and touching), but the plot is well carried by both actors.

The Interpreter was produced by Titanic (Slovakia) In Film Praha (Czech Republic) and Coop99 Filmproduktion (Austria). International sales of the film are being handled by the French company Celluloid Dreams.

more about: The Interpreter

“If we forget our past, we are easy victims for demagogues”

BERLIN 2018: Cineuropa sat down with Slovakian director Martin Šulík to talk about his latest film, The Interpreter, the need to understand the past and his two star leads

BERLINALE 2020: Slovak filmmaker Ivan Ostrochovský has crafted an uncompromising piece of arthouse cinema with thriller elements in this story of the Catholic Church in communist Czechoslovakia 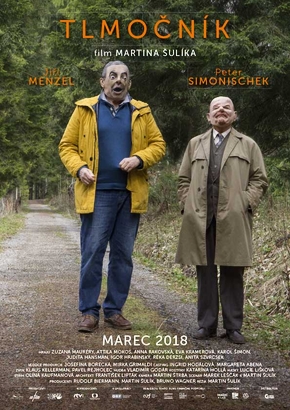 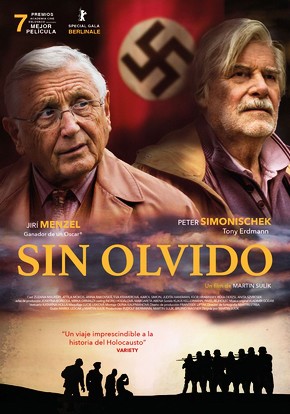 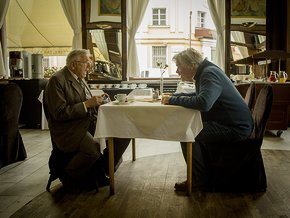