02/03/2018 - BERLIN 2018: Karim Aïnouz focuses his camera lens on a former Berlin airport turned leisure park and reception centre for refugees in this splendid and poetic film

Brazilian director Karim Ainouz is obviously inspired by Europe, and Berlin in particular. Having already delved into the world of fiction with Futuro Beach [+see also:
film review
trailer
film profile], in competition at the German festival in 2014, his unique way of framing his subjects, the sea and the cityscapes of the German capital are deeply touching thanks to a certain elegance in the his total subjectivity and expression of love. We once again cross paths with this filmmaker’s pure gaze, as well as an extraordinarily powerful sweetness (because the oxymoron that these two words usually form fades here with each new shot) in the documentary Central Airport THF [+see also:
trailer
interview: Karim Aïnouz
film profile], a German-French-Brazilian co-production screened at the Berlinale in the Panorama Dokumente section.

Filmed in the former Berlin Tempelhof Airport, once Hitler’s pride and joy and now a leisure park with a bike track, state-of-the-art roller skating and ice-skating facilities, where Berliners come to frolic no matter the weather, Ainouz’s documentary focuses on a shed next door, where thin dividing walls separated into a checkerboard of temporary cubicles enclose refugees awaiting their residence permits and watching the days pass by. Taking full advantage of the incredible scenery that surrounds this entry hall into Europe, which reverberates with a mosaic of languages ​​from all over the world (Arabic, Russian...), the film’s imagery simultaneously highlights the vastness of this astonishing no man's land and the paradoxical smallness of a place used to restrict the human bodies that populate it (its temporary residents must pass through a metal detector to leave, but not to enter).

While the images follow one another, each one more beautifully shot, full of meaning and charged with melancholic existential poetry than the last, and while we witness the daily goings-on at the reception centre (the work of doctors, German teachers and social workers, the announcements over the airport tannoy preceded by the ding-dong that will be very familiar to frequent flyers), the voice of a worn out young man exiled from a country that no longer exists gently recalls in Arabic the memories and feelings that still remain, the passing of time during this long wait and the uncertain future. This quasi prose-like poem, almost TS Eliot-esque, is just one element of an auditory landscape that’s just as splendid and captivating as the film’s images, a work of art in its own right, with its voices, breaths, recurrent bell-sounds and intense musical moments that rise up from the ground through our bodies and into our chests.

Central Airport THF captures the unsayable with indescribable elegance thanks to its unparalleled imagery and incredible sound design: the vastness of reality, a space where fleetingness and permanence meet, a striking fragment of Europe where time and space expand and contract simultaneously.

Central Airport THF was produced by the Berlin company Lupa Film in co-production with three Brazilian companies and the Parisian outfit Les Film d'Ici. International sales are being handled by the French agency Luxbox.

Cineuropa met up with Brazil's Karim Aïnouz, whose new film, Central Airport THF, is currently on the programme of CPH: DOX festival in Copenhagen

“Music will be at the centre of my new project”

A plethora of German films showcased in Paris

Today marks the start of the 23rd German Film Festival organised in the French capital by German Films, which is set to run until 9 October 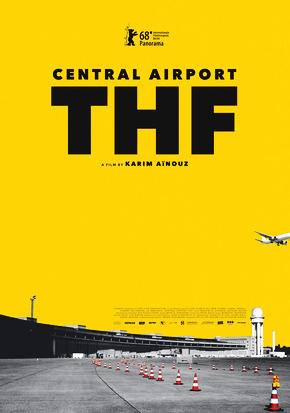 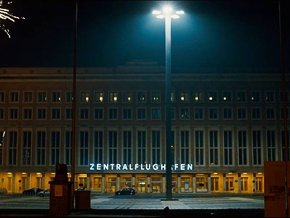 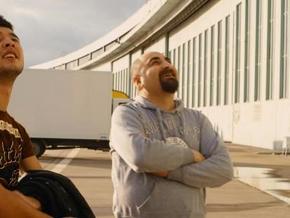 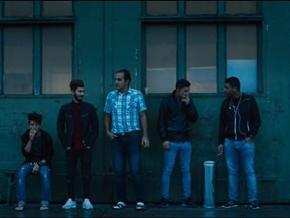 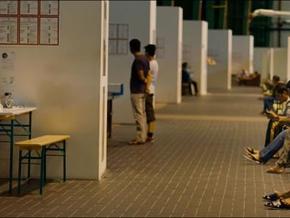 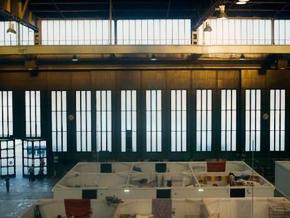