08/03/2018 - The new film by Marco Tullio Giordana tells the story of a young woman, harassed in the workplace, who chooses to rebel: a theme that is tackled with incredible rigour

Despite being very of the moment, Marco Tullio Giordana’s Woman's Name [+see also:
trailer
making of
film profile] was in fact conceived over three years ago and focuses on the issue of sexual harassment in the workplace. In the era of #MeToo and #Timesup, and a renewed awareness of the dignity of women in the face of subversive harassment and discrimination, Giordana's film arrives as a manifesto of rebellion, with its protagonist brought to life by Cristiana Capotondi (who recently signed a “Dissenso comune” document along with over 100 Italian female actresses, denouncing harassment as a system), a heroine who dares to break the wall of silence that surrounds her, whatever the cost, to unmask her lecherous boss.

"I had no intention of making a film about militant denunciation. I wanted to tell the story of a brave female character and what happens to the other women around her," Giordana stated while presenting his film in Rome. It’s the clash between individual psychologies and different thresholds of tolerance to abuse that are tackled in Woman’s Name, particularly during the first half of the film. Nina is a single mother who finds a job at a care home for the elderly in Lombardy. At her first interview a few indiscreet questions crop up and the manager mentions that she might want to "clean herself up a bit”, (a wheeler-dealing priest played by Bebo Storti), creating an air of inappropriateness from the get-go. Nina, however, fits into her new job well, bonding quickly with patients and colleagues alike. Until one day, when she is called into the head of department's office (Valerio Binasco) at the end of her shift, late at night, and the man jumps on her.

The shock, the anger (including towards colleagues who know and remain silent), the desire to react, the complaint, the isolation, the suspension from work, all steps are described and follow each other punctually in the screenplay written by Cristiana Mainardi along with the director. The lack of solidarity between women and their silence, the opportunism of connivance and a dark sense of resignation pervade the entire first half of the film, in which our heroine protests: "I have the right to work without being touched" and "they are not right, I'm right," while trying to gain the strength to continue her own journey, alone, against everyone, or almost everyone. In the second half of the film the plot develops into a legal thriller (investigations, lawyers, the search for reluctant witnesses, a trial), firmly holding onto its noble intention to show how we can legally defend ourselves from certain acts of abuse if we fearlessly pursue the cause. Later on, however, the film loses its grip a little, introducing new characters that are only briefly outlined and working its way through the plot quite quickly.

"Harassment isn’t part of the delightful battle of the sexes," the director reminds us, "it's all about the power that one person has and the other does not, where you can say no, but it will cost you dearly." And with this, Woman’s Name aims straight for the bullseye, with a simple yet dry tone, emphasising the boundary between what "were once called compliments" (as an experienced actress played by Adriana Asti observes) and the violation of one's own intimacy ("a line in the sand that those who cross do so in full knowledge of their actions,” says Giordana), outlining the repercussions that all this can have on one's daily working life and human relationships.

Woman’s Name was produced by Lumière & Co. with Rai Cinema, with the support of Regione Lazio. The film was released in Italy on International Women's Day, with Videa distributing 160 copies. International sales are being handled by the French company Celluloid Dreams.

The new film by the Roman director is an Italian-French co-production and is due to star Marco Giallini, Michela Cescon and Massimiliano Gallo 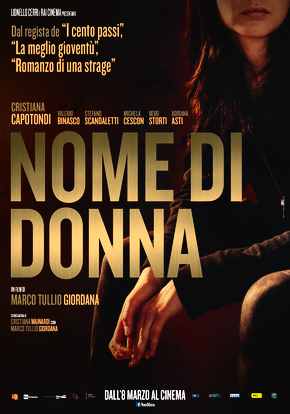 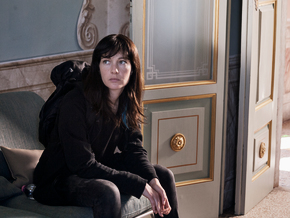 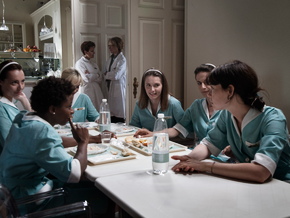 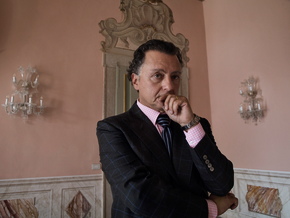