12/04/2018 - In this "opera buffa" by Daniele Luchetti, Marco Giallini plays a ruthless and charismatic businessman who is ordered to do community service

Daniele Luchetti is well-known and loved for his films from the early days, which used political change to satirise generational crises and social drama. His debut film, It’s Happening Tomorrow, was produced by Sacher, the production company of Nanni Moretti, who then starred in The Yes Man in 1991. Some years later he released My Brother is an Only Child [+see also:
film review
trailer
interview: Daniele Luchetti
interview: Riccardo Tozzi
film profile], followed by the memorable Our Life [+see also:
film review
trailer
making of
film profile], which competed at Cannes in 2010 and won Elio Germano the award for Best Actor. In Io sono Tempesta [+see also:
trailer
film profile], produced by Cattleya and RAI Cinema and released in Italian cinemas today by 01 Distribution, the Roman director tackles the themes of schizophrenic capitalism and social imbalance with a surprising lightness, almost fairy-tale-like, with tones of "opera buffa," as described by the director himself.

The idea seems to have arisen from the conviction for tax fraud received a few years ago by the former Prime Minister and millionaire Silvio Berlusconi, who was ordered to do community service in a care home for the elderly in the suburbs of Lombardy. The screenplay, written by Luchetti, along with Sandro Petraglia and Giulia Calenda, seemingly abandoned the public figure to create one from scratch, brought to life in the film by Marco Giallini (The Place [+see also:
film review
trailer
making of
film profile]).

Numa Tempesta (a name that recalls one of the seven kings of ancient Rome) is a daring and charismatic businessman who manages a one and a half billion Euro investment fund. He lives in a gigantic uninhabited hotel that he owns, where he moves from toy cars to vintage table football, to sumptuous beds on which he is entertained by three very nice and cultured escorts, called "the Radiant girls."

Just when he is finishing some important business in Kazakhstan, his lawyers inform him that he has been ordered to do a year of community service due to an old conviction for tax evasion. After a few days, he arrives in a Maserati driven by his chauffeur and dressed in one of his haute couture suits at the homeless shelter he has been assigned to. He immediately clashes with the centre’s dogmatic manager (Eleonora Danco). But it’s actually with some of the shelter’s more outcast individuals that Numa establishes a relationship. "I was born poor and can teach you how to become millionaires." A young father (Elio Germano) with a son in tow (the expressive Francesco Gheghi) is particularly taken by the businessman, who in the meantime is abandoned by his shareholders and struggles to find a solution to his own personal financial decline.

Despite the numerous cast members, Marco Giallini, undoubtedly good in the role and at ease in his character, seems to support the entire film, even the less successful moments. The tragicomic comedy, however, has various points for reflection and carefree fun, without being too critical, as Luchetti is used to with some of his previous films.

My Brother Chases Dinosaurs ready and set for release

Daniele Luchetti loosely adapts a couple of short stories by Francesco Piccolo, turning them into a metaphysical comedy, somewhere between heaven and earth, that doesn't quite work

The new film by the Roman director is an Italian-French co-production and is due to star Marco Giallini, Michela Cescon and Massimiliano Gallo

In this "opera buffa" by Daniele Luchetti, Marco Giallini plays a ruthless and charismatic businessman who is ordered to do community service 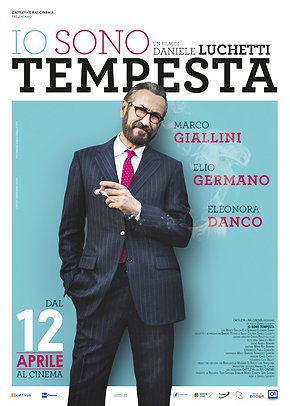 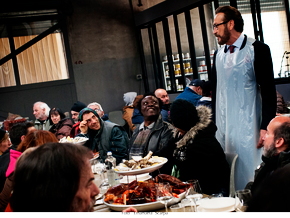 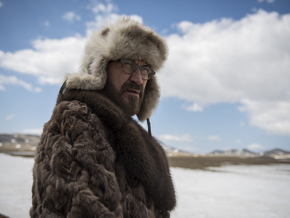