Review: The Laws of Thermodynamics

Berta Vázquez and Vito Sanz in The Laws of Thermodynamics

Ten years ago, Mateo Gil (Las Palmas de Gran Canaria, 1972) presented his short film Dime que yo at several film festivals, a mini romantic comedy drama in which dialogue was used to examine the complexity of relationships. The following year, in 2009, the big historical production Ágora [+see also:
trailer
film profile] arrived on our screens, a film by his friend Alejandro Amenabar. The character of Hypatia of Alexandria, philosopher and astronomer, played by the British actress Rachel Weisz professed her interest in natural sciences and the universe. The film’s plot was written by the director of Tesis along with Gil. Following its screening at the opening of the 21st Málaga Spanish Film Festival, The Laws of Thermodynamics [+see also:
trailer
interview: Mateo Gil
film profile], Gil’s romantic comedy – which borrows a lot from documentary film and draws directly from the two aforementioned works – is due to hit Spanish cinemas.

Despite its scientific content, this feature film, starring Vito Sanz (The Wishful Thinkers [+see also:
trailer
film profile]) Vicky Luengo (Blue Rai [+see also:
trailer
film profile]) Chino Darín (The Queen of Spain [+see also:
film review
trailer
interview: Fernando Trueba
film profile]) and Berta Vazquez (Palm Trees in the Snow [+see also:
film review
trailer
film profile]), is an entertaining feature that seeks to make the audience smile, to encourage their complicity and to provide them with a visual feast. The Laws..., shot in a Barcelona superbly photographed by Sergi Vilanova, meanders between the fluctuations of lives of its four main characters (focusing on their encounters, romantic feelings, arguments, jealousy and difficult times) via the use of superimposed graphics and interviews with leading scientific experts, as well as astrophysicists and specialists in quantum mechanics, who explain the famous "laws of thermodynamics" to which the title refers, claiming that they make the whole world go round, including the mammals who populate planet Earth, including humans.

And so, popular science alternates between humour and romance in a very pleasant, light and joyful film by Mateo Gil, who doesn’t attempt to hide his admiration for Woody Allen, which is apparent from the screenplay. The hero, a young man who is always in search of logical and empirical explanations, succumbs to the charm of a model while his friend and player, an Argentinian man who is not even close to settling down, seems to finally fall for the girl who will make him give up his endless run of flings.

Thanks to Miguel Burgos’ editing, which deserves appreciation in itself, The Laws of Thermodynamics invites the audience to experience feelings in a quiet and celebratory way, without anxiety, expectations or prejudice, because the mysteries of love are as difficult to decipher as the universe is unfathomable.

The Laws of Thermodynamics, whose film cast also includes José Maria Pou, Irene Escolar, Andrea Ros and Juan Betancourt, was produced by On Cinema 2017 A.I.E., Zeta Cinema S.L. and Atresmedia Cine, with the support of TV3, ICAA and the ICEC. The film is due to hit Spanish screens on 20 April, distributed by Sony Pictures Entertainment Iberia, following its world premiere at Miami Film Festival.

more about: The Laws of Thermodynamics

“I was always tempted by the idea of making a comedy”

After his forays into thriller, western and sci-fi territory, Spanish director Mateo Gil is boldly sinking his teeth into comedy with The Laws of Thermodynamics

After grinding to a halt because of the pandemic, this feature debut produced by Marta Figueras, starring Carolina Yuste, Vicky Luengo, Ángela Cervantes and Elisabet Casanovas, has restarted shooting

Raúl Arévalo, Alex García, Patrick Criado and Vicky Luengo star in this crime series, which the director of Madre and The Realm has just finished shooting in squares, patios and avenues around Madrid

Spain’s Daniel Sánchez-Arévalo delivers a simple, likeable and heart-warming road movie, homing in on two brothers who struggle to understand one another

Review: The Laws of Thermodynamics

The two-time Goya winner is heading up the cast of the new film by Oriol Paulo, who hopes to replicate the success of The Invisible Guest 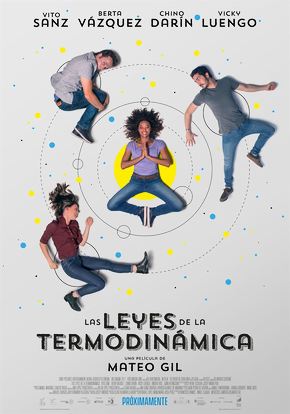 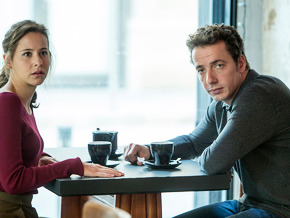 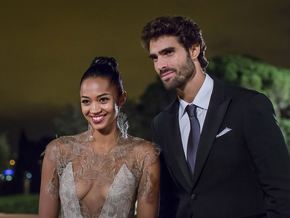 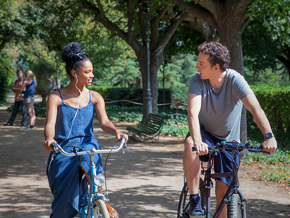 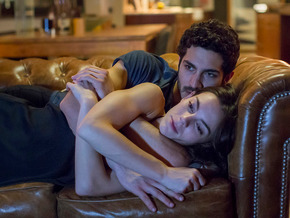 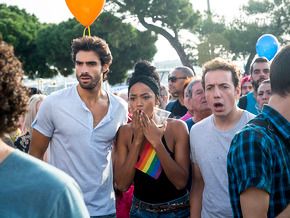 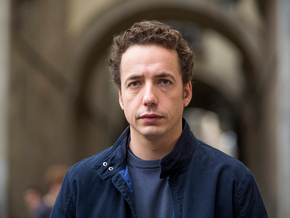 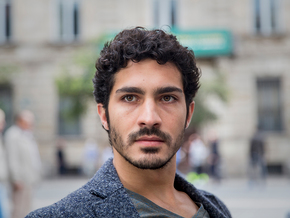 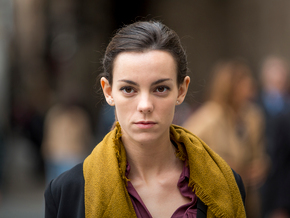 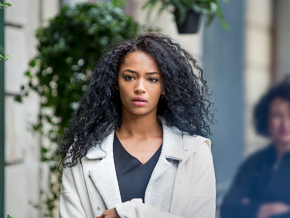