After a very promising debut at Sundance (Special Jury Prize for photography in the World Cinema Documentary Competition), Genesis 2.0 [+see also:
trailer
film profile] bythe Swiss director Christian Frei and Russian director Maxim Arbugaev touches down at Visions du réel. Screened in International Competition, Genesis 2.0 continues its journey towards the future – a somewhat strange future that looms on the horizon like a treacherous and feverish threat.

The new and ambitious film by Christian Frei (War Photographer) and Maxim Arbugaev opens with some magnificent images of the mysterious region of New Siberia, in northern Russia. An inhospitable and proud island that seems to live, breath and arouse the footsteps of its unwelcome guests from the very beginning: a group of brave (or perhaps somewhat desperate) Mammut fangs seekers! Because with the inevitable melting of ice, planet earth has given new life to the remnants of a very distant past. Poised between the vestige of an undiscovered era, which is far from losing any trace of tangibility, and a pseudo-sci-fi future, which it may end up belonging to (revealing some of its mysteries), the group of Mammut hunters, filmed by Frei and Arbugaev, gradually begins to lose its way.

Acting as a link between the director and daily life on the island, Maxim Arbugaev uses his camera to play the role of a reporter and the translator of the clearly visible uneasiness that settles on the tense and almost archaic faces of the adventurers. His words, which accompany the frenetic search for what is commonly known as “white gold” (even partial mammoth tusks can be sold at the price of gold) progressively assume obscure and disturbing accents, as if the island itself has taken on the voice of Maxim to express its disapproval. The film acts as a warning: do not disturb the spirits of these gigantic prehistoric animals – a warning that comes from popular wisdom, which warns against the potentially harmful consequences of a forced awakening. Will the offerings (sweets and little glass balls) left by the adventurers in places where they discover mammoths’ tusks, as well as their promise to use them for noble purposes (research), be enough to calm the anger of the spirits?

This does not seem to concern the numerous researchers involved: with the Museum of Mammoths in Yakutsk being the guiltiest party, as well as the messianic geneticist Georges Church and the disquieting Dr. Woo Suk Hwan, who is the creator of the “clone my dog” project – all of whom exploit the desperation of those who risk their lives on the island, while imagining a future without limits. Genesis 2.0 constantly makes parallels between these two realities, revealing the secrets of a Ginsberg-like scientific mission populated by Lynch-esque characters that will give you goose bumps. Uniting these two universes is a desire for wealth and power that, as one of the adventurers plainly puts it, is built into human nature: "the idea of not having enough is inherent in each of us." Genesis 2.0 concludes with an exchange of views on the subject of the ethics of cloning between an English researcher and a Chinese geneticist. These topics culminate in an outburst of a certain malaise that seems to run throughout the film: the predictable construction of “superman” – the result of the commercialisation of life itself. 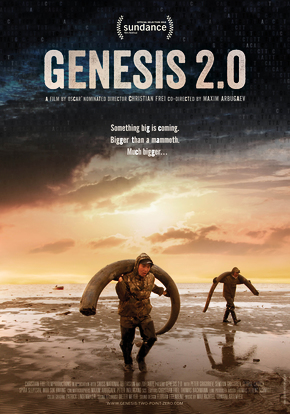 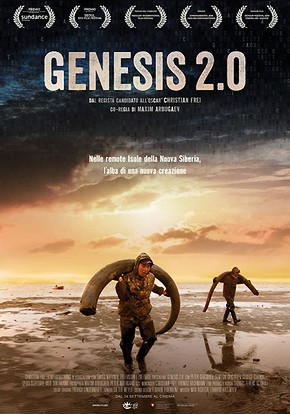 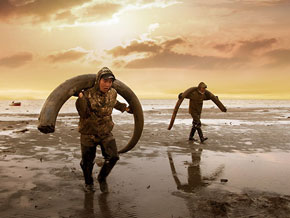