24/04/2018 - Paolo Sorrentino delves into the conscience of the controversial politician and businessman, Silvio Berlusconi, leaving all moral commentary aside

A bullfighter. That’s how Paolo Sorrentino defines Silvio Berlusconi in the director's notes that accompany his eighth film, Loro [+see also:
trailer
film profile], dedicated to the four-time Italian Prime Minister. Divided into two parts, the film is released today and on 10 May in Italian cinemas. Quoting Hemingway – who writes in Fiesta: "Nobody ever lives their lives all the way up except bullfighters" – the Oscar-winning Neapolitan director had previously expressed an interest in delving into the conscience of the controversial politician and businessman. And so, he imagined his life, dictated by the extraordinary vitality of a decadent and amoral existence. In Loro 1, written with Umberto Contarello, Sorrentino, however, moves definitively away from the mocking exposition of power of Il Divo [+see also:
film review
trailer
interview: Nicola Giuliano
interview: Paolo Sorrentino
interview: Philippe Desandre
film profile] (2008) and the visual intensity of The Great Beauty [+see also:
film review
trailer
interview: Paolo Sorrentino
film profile] (2013). With a certain tenderness – but without avoiding any inevitable repulsion – Loro 1 lingers on the frivolously yet cunningly grotesque, without any specific moral message. Instead, Sorrentino’s film is an exploration of the impulses and desires behind various actions that were destined to have a political, judicial, media-related and even historical impact on Italy.

Introduced by a shrewd quote by the writer Giorgio Manganelli "all documented, all arbitrary," the film opens with a young white sheep overlooking a wonderful villa in Sardinia. The plot immediately relocates to Puglia, where an agent working in the escort business glides around with certain self-assuredness (Riccardo Scamarcio) for powerful politicians in the region, working closely with the local area and ready to do anything to get to "him." And so begins a game of "who's who," with Sorrentino enhancing the ample parterre of real-life characters that surround Berlusconi (including former ministers who try to betray him) with some purely imaginary characters. The protagonist, played by Toni Servillo, only appears an hour into the film, hilariously dressed up as an odalisque to entertain his wife, Veronica (Elena Sofia Ricci), who is reading José Saramago and pondering a divorce. We are in the summer of 2006, and in the throes of Berlusconi’s third government, which only lasted one year. The private TV magnate is secluded in his Sardinian residence and attracted by a group of showy young women who tempt him from a nearby villa.

Before arriving at this point, however, the audience is spared nothing of a world of tits and ass, young women willing to do anything, luxurious and vulgar parties, buckets of cocaine and literal showers of ecstasy raining down by the pool. The controlled visual power that characterises Sorrentino’s films is concentrated mainly in a few metaphorical and disorienting scenes: rhinoceros run through the streets of EUR in Rome at night, an innocent sheep is killed by air conditioning, and a rat crosses the road in front of the Colosseum, causing a bin lorry to skid and end up in some Roman ruins, with an explosion of rubbish that is somewhat reminiscent of the ending of Zabriskie Point by Antonioni.

Loro 1 is an Italian-French co-production by Indigo Film, with Pathé and France 2 Cinéma, distributed in Italy by Universal Pictures and in France by Pathé, which is also responsible for international sales.

In his film about Silvio Berlusconi, Paolo Sorrentino appropriates and reinvents the billionaire politician’s entire history

Paolo Sorrentino delves into the conscience of the controversial politician and businessman, Silvio Berlusconi, leaving all moral commentary aside

As Asghar Farhadi’s new effort is revealed as the opening film, here’s a summary of the rumours flying around one week before the unveiling of the 71st Cannes Film Festival’s Official Selection

The director of the multi-award winning Indivisible returns to Castelvolturno to film a drama that revolves around child traffickers, written with Umberto Contarello

CANNES 2017: Razzini and Petrillo’s company has acquired The Square and BPM (Beats Per Minute); successful pre-sales for Loro by Paolo Sorrentino, production of which will kick off in July 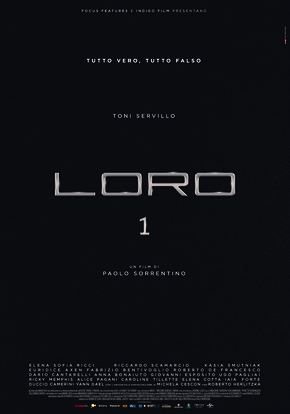 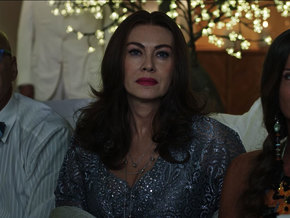 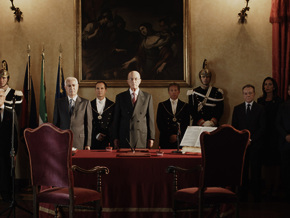