25/04/2018 - Jamie Jones’ debut feature, screening in the International Narrative Competition at Tribeca, has the 2011 London riots as a backdrop

Obey [+see also:
trailer
film profile] by Jamie Jones is set on the streets of Hackney in London’s East End, which was one of the focal points of the 2011 London riots. The media reported the riots as being a reaction to the police shooting of Mark Duggan in Tottenham, and some argued that the subsequent trouble stemmed from hoodlums and burglars – anarchists, even – taking advantage of the anger to loot stores and mug people. It was not a political protest, but opportunism. These reports of the shooting and subsequent citizen anger appear throughout the film, screening in the International Narrative Competition at the Tribeca Film Festival, whenever a character passes a TV set. First-time filmmaker Jones ambitiously tries to contextualise the riots as part of a wider social crisis, a result of Thatcherism and Blairite economic policies, which resulted in a widening gap between the rich and the poor. When austerity kicked in after the global economic crisis of 2008, anger began to surface, most notably through the Occupy movement. Jones chooses to tell his story on a more micro level, and the borough of Hackney serves as the perfect backdrop for his argument that rapid gentrification, a lack of opportunity and boredom were as significant a factor in the riots as the Duggan shooting or criminal opportunism.

Newcomer Marcus Rutherford is an excellent discovery in the role of 19-year-old Leon. He lives with his alcoholic mother Chelsea (T’Nia Miller) and, from time to time, with her rogue boyfriends. His home is so disruptive that he reported himself into the care system and spends his spare time boxing at the gym. As the excellent opening scene in which Leon walks down the street with his friends demonstrates, he can also be coaxed into petty crime. The director then sides with Leon as the film takes a surprising turn when he becomes enamoured with the free-spirited Twiggy (Sophie Kennedy Clark) at a party where everyone is getting high on laughing gas inhaled through balloons. Leon and Twiggy develop a friendship that could easily have come straight out of a French New Wave movie. Leon goes on a canal trip with Twiggy and her boyfriend Anton (Sam Gittins) in a nod to the classic two-guys-and-a-girl love triangle trope. Yet the reality of Leon’s existence has too strong a hold on him; this moment of light relief is fleeting, and he finds himself caught up in the resentment brewing in London.

It’s an ambitious first film, with a lot to admire, but there is also the nagging feeling that despite wanting to present another perspective, Obey is sometimes guilty of trotting out clichés. Also, Leon and Twiggy’s relationship doesn’t feel authentic – more of a movie romance than a real engagement – which means the final scene between her and Leon that has echoes of Spike Lee’s Do the Right Thing lacks sufficient punch. That aside, it’s a valiant debut that will likely be a festival favourite, and Jones is a director to watch.

Obey is a production by British outfits Beyond Fiction and Harvest Pictures.

Jamie Jones’ debut feature, screening in the International Narrative Competition at Tribeca, has the 2011 London riots as a backdrop 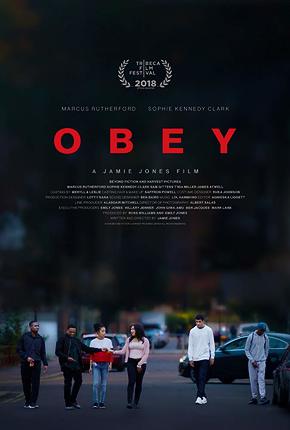 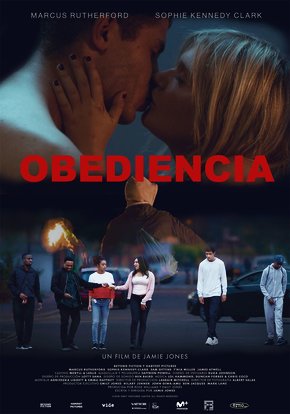 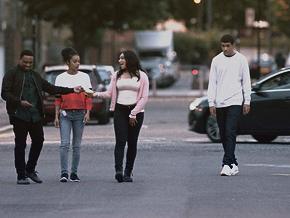