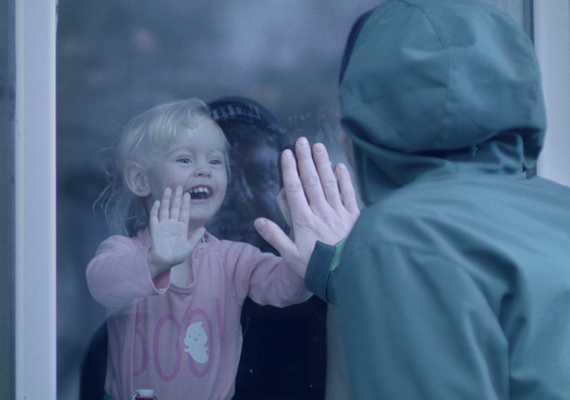 Simple Things by Grzegorz Zariczny (© Before My Eyes)

Simple Things (Proste rzeczy) is the second full-length film directed by Grzegorz Zariczny. His feature debut, Waves [+see also:
film review
trailer
interview: Grzegorz Zariczny
film profile], had its world premiere in the Main Competition of the Karlovy Vary Film Festival in 2016, and he also helmed the short film The Whistle. Already in these films, the director started combining elements of fiction and documentary – for example, by working with non-professional actors who became an inspiration for the protagonists of the movies.

Simple Things follows a similar concept: in it, Zariczny observes a real-life family leading a quiet life in the country, which is interrupted by a sudden visit from a relative. This person is the only fictional character, played by professional actor Tomasz Schimscheiner. Zariczny writes in his director’s statement that this working method gives him the opportunity to “find a new way of storytelling, but it is also a very honest attempt at presenting the human being together with all of its longings, deficiencies, needs and actions”.

The shoot lasted 29 days and took place in the countryside near Warsaw. Magdalena Sztorc and Przemysław Miękinia, of Before My Eyes, produced the movie. Weronika Bilska lensed the film, while Alicja Kazimierczak was responsible for the production design and Aleksandra Pajączkowska prepared the costumes. Simple Things received financial support from the Polish Film Institute. The premiere is planned for 2019, and the international rights are available.