03/05/2018 - The omnibus documentary, which world-premiered at Crossing Europe, is a poetic 20th-century history book, as narrated by nine grandmothers 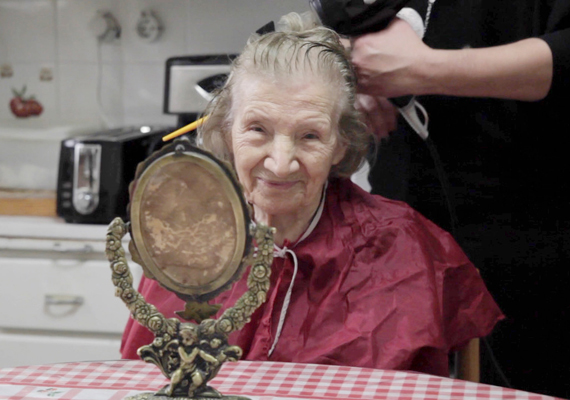 In 2015, Austrian actress-director Alenka Maly launched a European-wide call for her oral history project The European Grandma Project, looking for like-minded filmmakers interested in portraying their grandmothers. Finally, eight directors joined her – Hadas Neuman (Israel), Fleur Nieddu (UK), Anna Sæunn Ólafsdóttir (Iceland), Giorgia Polizzi (Italy), Berke Soyuer (Turkey), Desislava Tsoneva (Bulgaria), Maria Tzika (Greece) and Ekaterina Volkova (Russia) – and together, they created a documentary with strong, personal insights into the war-scarred European history of the first half of the 20th century, the changes that occurred when the war came to an end and the impact they had on the lives of the nine women who carry the film. The movie world-premiered at the recent Crossing Europe Film Festival in Linz.

Given the ages of the “grandmothers” – all of whom are way over 80 years old – the film is a journey through entire decades of political, social and human-rights changes, told in several interviews skilfully re-edited by Maly (every film contribution had its own editor) in thematically connected stories that form a compact documentary narrative. In many ways, the film is a reminder that the same events can be experienced differently, depending on one’s background and circumstances.

Maly’s grandmother Rosa, who actually welcomed World War II as a young woman, speaks openly about the jubilant atmosphere of the Upper Austrian town of Leonfelden, where she worked in a household, when the Nazi troops marched in. “Since I wasn’t intellectually engaged in politics, it wasn’t real to me. I quite liked it, too. We were marching in lines of three or four. All the youths gathered in the market square.” From today’s perspective, she looks back on the past with unobstructed vision, and at one point, she decides to analyse the lyrics of a popular World War II song by Horst Wessel, “The Rotten Bones Are Trembling”, drawing logical conclusions about the Nazis’ strategies and aspirations. While Rosa’s life wasn’t easy, but also not particularly endangered, Neuman’s grandmother Ruchama, who escaped from Stuttgart to Israel shortly before the war started, was witness to another kind of reality that robbed many people of choices. She also thinks of a song, “Oyfn veg shteyt a boym”, which is an old Hebrew tune that her mother used to sing to her when she was a child, a reminder of her family roots being brutally ripped from her native German soil.

Leaning on small, intimate details, the nine filmmakers transform the individual grandmothers’ stories into a patchwork of historical miniatures. By putting the pieces of the puzzle together, they reveal the horrors of airship raids on cities, childhoods spent in foster homes, and the famine and harsh winters in Russia, as well as telling stories about the passionate battle to keep a reading centre open in communist Bulgaria, arranged marriages, initial lessons in feminism through a female commander of the GPL army in Greece, and the clumsy steps that all of the women took in finding their own interpretation of love. Relying on a large dose of humour and closeness that is impossible to feign without genuine intimacy, The European Grandma Project is not a mere compilation of nine encounters between granddaughters and their grandmothers, but also a poetic 20th-century history book of a different kind, compressed into 80 minutes.

The documentary was produced by Alenka Maly, Veroniko Peterseil, Barbara Steiner and Margit Wendelin, and was funded by the City of Linz, Ansnuians, Kino Arenda Rental, Frauenbüro Linz and NyArk Media.

more about: The European Grandma Project

The omnibus documentary, which world-premiered at Crossing Europe, is a poetic 20th-century history book, as narrated by nine grandmothers 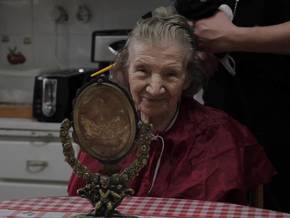 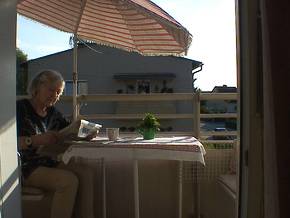 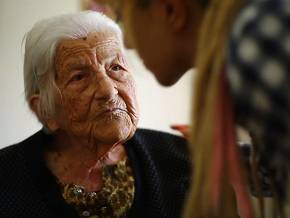 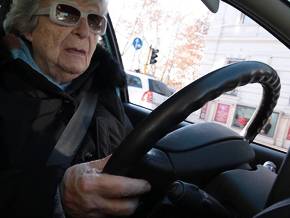