04/05/2018 - An overview of a full day of engaging, original pitches, after which the jury of the Co-Pro Pitching Sessions opted for a maverick's Swedish project, We Got This! 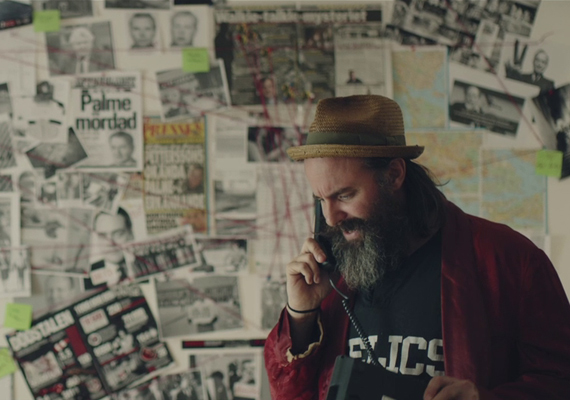 A still from We Got This! (© Séries Mania Forum)

Of the 16 projects selected from amongst over 370 applicants which were presented on 2 May at the 2018 Séries Mania Co-Pro Pitching Sessions (see the full list and attached production companies here), part of the sixth European Project and Talent Forum, held for the very first time in the Northern French city of Lille, 15 were eligible for the €50,000 prize offered by Gaumont. This is because the utterly “glocal” (a recurring term throughout the sessions) fishing empire- and corruption-themed Icelandic project Black Port previously formed part of the Copro Series at the Berlinale Drama Series Days.

After a full day of dynamic and engaging pitches, some of which were fairly theatrical (including, appropriately, the one for the Paris Opera-set Showtime!, led by famous choreographer Angelin Preljocaj), the jury – headed up by Gaumont’s vice-CEO, Christophe Riandée, and also including Netherlands-based Netflix creative executive Damien Couvreur, Piv Bernth of Denmark's Apple Tree Productions, Sky head of Drama Anne Mensah and the Spanish director of Content at Atresmedia Studios, Nacho Manubens (producer of the immensely popular show Casa de Papel) – announced its verdict under the superb high ceiling of the Palais des Beaux-Arts, a unique museum left open to all of the Séries Mania participants for the evening, in collaboration with the Hauts-de-France region. The winner was the very last project pitched during the sessions: the maverick Swedish title We Got This! (Jarowskij Sverige AB), a “dark satirical comedy entwined with a thriller” about a team of “loveable losers” who try to get their hands on the reward still on offer for anyone who can shed light on the unsolved assassination of former Swedish Prime Minister Olof Palme, 30 years after the event. Beyond its universal humour, its colourful characters and the exciting element of suspense, the project proved very attractive thanks to the trailer that its team produced, “as if it had already been filmed”.

Apart from the appealing international diplomacy thriller slash coming-of-age German drama Immunity, presented as a mix of Gossip Girl and House of Cards, the projects were mostly pitched as original ideas without the use of known references, and most of them had catchy slogans attached to their titles. All are at various stages of their development. Some, like the intricate Israeli bestseller adaptation A Long Night in Paris, already have a first episode, whilst the team behind the Belgian urban drama Inheritance boasted that they already had an established duo of DoPs and a music label in place, and the Spanish-Italian Rome-set Holocaust resistance story CCLXX, of personal significance to its authors, was presented through stills. This was also the case for the French dystopian Pandemia (the narrative arcs of which were explained in minute detail by its creators) and the Canary Islands-based Norwegian project Crimeshare, inspired by a true mafia story that deeply affected the author's private life.

The personal relationship between the authors and their subjects was in fact often put forward as a key element, including for more political series inspired by current affairs and with a global impact, such as the Finnish refugee story Layla (in which a Kurdish child bride flees her revolting destiny and her family's wrath whilst searching for her sister in Northern Europe), the Dutch thriller revolving around the International Criminal Court in The Hague Atrocity, the European Commission-centred French-Belgian production The Lobbyists, and the Tel Aviv-based District Y, which presents one side of the never-ending conflict between Israel and Palestine.

In order to engage potential partners and invite them to learn more about their series during the one-on-one meetings on 3 and 4 May, the authors of the Australian dystopian project Sixteen chose to remain mysterious about their young female characters' unexplained pregnancies and the reasons why they could potentially affect the world, while the enigma behind the Swedish-British offering With One Eye Open – Max Anger Series, adapted from a series of novels by Martin Österdahl and set in Saint Petersburg in 1996, at the dawn of digital propaganda, is firmly rooted in the past and has murky links to Stalin. On the contrary, it was by underlining – with delightful humour and using titillating words such as “perversion” and “glamour” – the sheer topicality of its subject matter that the British-Belgian team behind the PR- and scandal management-themed series Fixed, by acclaimed writer Liz Doran, successfully intrigued the industry audience in the Co-Pro Pitching Sessions auditorium.

What happens now remains to be seen, but many of the attractive projects presented will no doubt add their names to the already impressive list of success stories that Séries Mania has lent its support to.