09/05/2018 - In his film about Silvio Berlusconi, Paolo Sorrentino appropriates and reinvents the billionaire politician’s entire history

In the first part of Loro [+see also:
film review
trailer
film profile] (released in Italian cinemas on 24 April) Paolo Sorrentino fleshed out Sergio’s character (Riccardo Scamarcio), the man who sends a group of girls with few scruples and even fewer items of clothing to Silvio Berlusconi’s (Toni Servillo) Sardinian villa, in order to liven up his evenings, and with the selfish aim of getting his hands on both  power and money. Sergio's wife, Tamara (Euridice Axen), has long been the lover of the former minister and friend of Berlusconi, Santino Recchia (Fabrizio Bentivoglio), and upon discovering that she’s pregnant, stars blackmailing the politician. Sergio loves his wife but is attracted to the beautiful and mysterious Kira (Kasia Smutniak), who is the key to getting to Berlusconi. We leave Silvio in the Bay of Porto Rotondo, caught between his wife, Veronica (Elena Sofia Ricci), who is threatening to leave him, and all the scheming, to return to government. In the villa just across the street, beyond the large immaculate garden guarded by trustworthy Paolo (Dario Cantarelli), Sergio’s soirées kick off. Silvio looks up lazily, there will be time for girls, but right now it’s time to focus on the country.

In the second part of Loro [+see also:
trailer
film profile] (due to be released in Italian cinemas on 10 May by Universal) the Berlusconi soap opera gets some new characters in the overturned aesthetic that characterises the film. And it's Silvio's life-long businessman and friend, banker Ennio, hilariously played by Servillo himself, who suggests "convincing" (i.e. bribing) five senators to join him in the destruction of the centre-left government.

"You've cheated your entire life," says the sophisticated Veronica, who launches an attack on her husband, reciting his faults: his dark past and accumulation of wealth thanks to political friendships, televisual brainwashing, his entry into politics to save his financial empire, his populist propaganda, ad personam laws, insults fired at judges, and all to appease his massive inferiority complex, which is very well-described by the novelistJavier Marías. Eternal ease, an unflinching smile, vulgar jokes, Neapolitan songs, unnecessary hyperactivity, a lack of modesty, the ruthless treatment of traitors, sexual seduction like something from the late nineteenth century, debauched delirium, there's a bit of everything in Loro. But around Silvio, Sorrentino begins to sketch out an Italy with very poor ethics, which has found a way of life in "berlusconism." Berlusconi’s entire historical parable is undeniably a piece of fiction, with its twists and destinies, which are sometimes revealed, and often left unacknowledged.

At the risk of empathising, Sorrentino appropriates the narrative, allowing himself to draw inspiration, too much at times, from the news. However, he nevertheless masterfully rewrites and reinvents a piece of fiction, despite the deeper reasons for the collective spell never actually materialising. A rather veiled moralistic outlook, upheld by an ending that we won't spoil, but that flips the meaning of the film's title on its head.

Loro 2 is an Italy-France co-production by Indigo Film, Pathé and France 2 Cinéma, and is distributed in Italy by Universal and in France by Pathé, which is also responsible for international sales.

In his film about Silvio Berlusconi, Paolo Sorrentino appropriates and reinvents the billionaire politician’s entire history 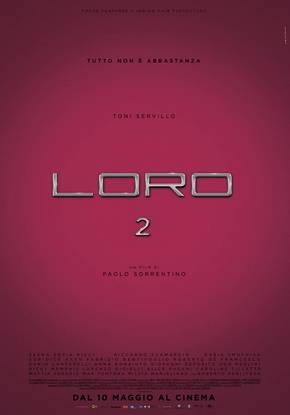 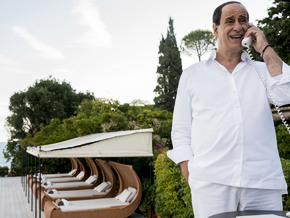 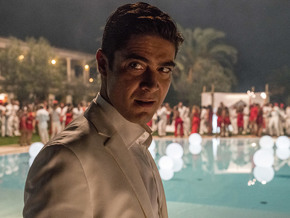 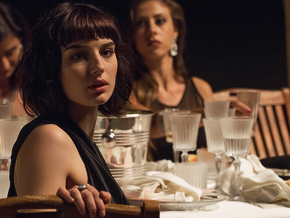 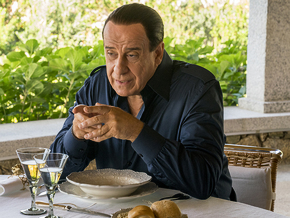