10/05/2018 - CANNES 2018: Stefano Savona's latest documentary – filmed in the Gaza Strip – is a unique and innovative film that makes use of Simone Massi's lyrical and dramatic animation

"I don't know how to tell a story," says little Amal in theopening scenes of Samouni Road [+see also:
trailer
interview: Stefano Savona
film profile], a documentary by Stefano Savona, which has beenselected for Cannes Film Festival’s Directors' Fortnight. But the little Palestinian girl's memories are too new to repress, and bubble to the surface like a raging torrent: "everything used to grow here," she says, pointing at the ruined landscape of Gaza’s bombed Zeitoun district, "I used to bring my father coffee while he watered the plants."

Samouni Road is an impelling and passionate film, shot with the ideological detachment of experienced documentary maker Stefano Savona, an archaeologist and anthropologist. Savona returns to the location of his previous documentary, Cast Lead (screened at Locarno Film Festival in 2009), to film his new documentary, as though he hadn’t quite finished his mission – that of telling the whole story of the family he met in the aftermath of the devastating military campaign known as Cast Lead, launched by the Israeli army in the Gaza Strip between December 2008 and January 2009, killing 29 members of the Samouni farming family. In addition to footage of the area, the director also wanted to visually represent some of the family’s memories, opting to use animation for the purpose. Samouni Road is therefore an entirely unique and innovative documentary accompanied by animated images by Simone Massi, one of the most internationally renowned independent Italian animators. Those who attended Venice Film Festival between 2012 and 2016 will remember the 30-second opening sequences that accompanied screenings, a tribute to Fellini, Angelopoulos, Wenders, Olmi, Tarkobskij. Massi's animation is classic in style, he doesn't use computers, instead opting to create drawings using oil pastels spread on paper and then scratched with spikes and other tools. The result is various images composed of unstable particles in a syncopated, jittery rhythm, contributing to some of Samouni Road’s more dramatic moments with great lyricism and emotional tension, such as the arrival of assault helicopters, missiles raining down on houses and raids by soldiers. The animated sections also depict some of the surviving family members’ happier memories, as well as moments of sheer allegory, such as the tale of one of the Quran’s Surah, Ateya, also known as “the Elephant.”

A report published by the United Nations Office for Humanitarian Affairs stated that the attack on the peaceful Samouni family – among the many victims of what the Arabs call the "Zeitoun District Massacre" – was one of the "most severe incidents" in the Israeli-Palestinian conflict, precisely because there was no obvious Hamas fundamentalist activity in that area and because the Israeli army prevented the Red Cross and other organisations from accessing the area for three days following the incident to assist the wounded. An internal investigation was later opened into the activity of the 84th "Givati" Infantry Brigade. On the walls of some of the demolished houses, we glimpse phrases written in Hebrew and English, such as "The Only Good Arab is a Dead Arab." Yet in interviews with surviving family members, or with neighbours of the Samouni clan, there is no anger towards the Israelis (many of the neighbourhood’s residents work in Israeli territory in the Gaza Strip and can speak Hebrew). When Hamas, Jihad and Fatah leaders turned up at the victims’ funerals, wanting to "take possession" of the supposed martyrs of "Zionist terrorism," the Samouni family responded that they were not fighters, just farmers. Stefano Savona depicts stunned conditions, pain and humiliation, but also the contradictions of this culture, with its arranged marriages, and the questionable management of compensation. And when the camera focuses once again on the little orphaned Samouni girl who, growing up among the rubble, lives in the cult of her dead father and draws a picture of him with coloured pencils, the viewer recognises a potential future fighter in her.

CANNES 2018: We met up with Italian filmmaker Stefano Savona to talk about his new film, Samouni Road, selected in the Directors' Fortnight

Yolande Zauberman to chair the Golden Eye jury at Cannes 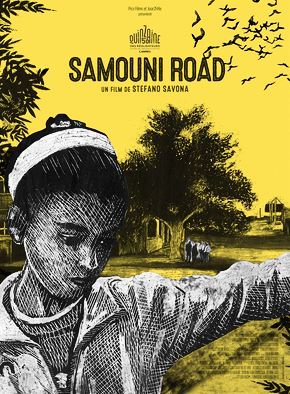 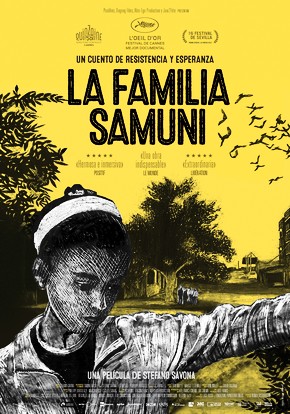 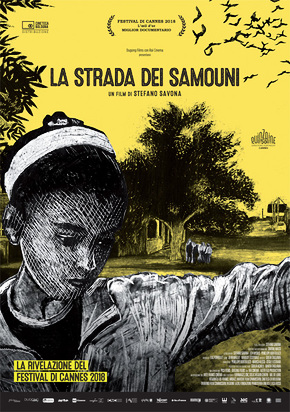 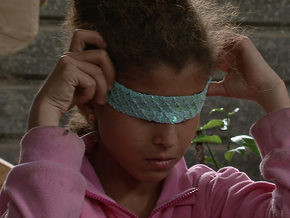 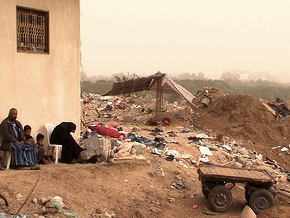 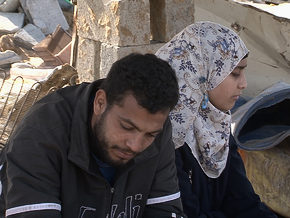 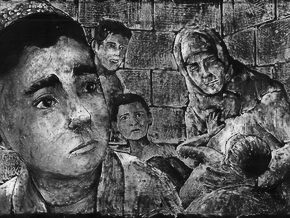 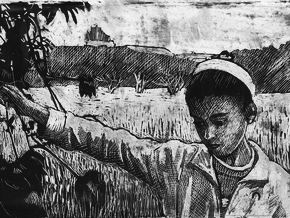 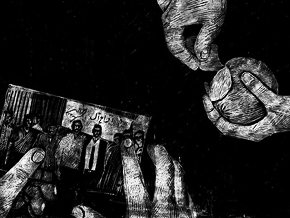