Halldóra Geirharðsdóttir in Woman at War

When Of Horses and Men [+see also:
film review
trailer
interview: Benedikt Erlingsson
film profile] debuted in 2013 – winning the New Directors section at San Sebastian and receiving a very positive reception at a host of other festivals – the Icelandic director Benedikt Erlingsson's gift for mise-en-scène and intelligent humour seemed obvious. Well, said first impression was correct, because his second feature film, Woman at War [+see also:
trailer
interview: Benedikt Erlingsson
interview: Benedikt Erlingsson
film profile] – screened in competition at the 57th Critics' Week as part of the 71st Cannes Film Festival – is nothing if not brilliant confirmation of the fact. The film is indeed an excellent and very dynamic balance of several genres: comedy and drama, hectic and suspense-filled action and detachment with a touch of fable, very strong realism regarding the fight against the climate imbalances caused by man and the deep connection with the ancient wisdom of the body and Viking power. In short, a feminist film, not lacking material for reflection in a very entertaining package that doesn’t take itself too seriously.

Everything starts with a pair of feet on the ground, immersed in the extreme isolation of a (sublime) Icelandic moor, Halla (Halldóra Geirharðsdóttir, who carries the film brilliantly on her shoulders) – a small fifty-year-old woman – carries a bow and fires an arrow, launching a cable over the immense power lines that striate the landscape. Moments later, she short-circuits an entire aluminium smelter on the other side of the island before running away, hunted by a police helicopter, which she shakes off with the unexpected assistance of a farmer cousin (Jóhann Sigurðarson). We soon learn that this is our heroine’s – the real Amazonian ecologist and professional singing teacher – fifth go at this. Portraits of Gandhi and Mandela adorn the walls of her apartment in a city that she travels by bike, and where she meets up with her twin sister and yoga teacher Asa (played by the same actress). But Halla's clandestine fight against polluting multinationals is turned upside down by some unexpected news: an adoption request she made four years ago has been accepted and a little Ukrainian orphan is waiting to be picked up in the Ukraine. Our intrepid and very methodical "mountain woman" (the nickname given to her by the media) decides to make a big splash whilst the authorities pursue her on charges of terrorism...

Perfectly employing his country's natural setting, Benedikt Erlingsson shapes a breathless, physical and brilliantly-structured film, in which drones and sheep cross paths in the wake of its protagonist, ultra-determined in the defence of her ideal. Both a message and a call to civil resistance in order save nature from industrial greed, Woman at War does not bother with psychological quibbles, but instead gets straight to the point by dramatising its purpose with a trio of musicians who accompany the action as it unfolds. A small stylistic coquetry which, despite not being annoying, could have been a tad more limited, but does not, however, detract from this pleasing film’s very positive impact, both in terms of content and form.

Produced by Slot Machine and Gulldrengurinn, in co-production with Solar Media Entertainment, Köggull SF and Vintage Picture, Woman at War is being sold internationally by Beta Cinema.

more about: Woman at War

"We have to save the world now"

VENICE 2018: We have met up with Icelandic filmmaker Benedikt Erlingsson to talk about his LUX Prize finalist, Woman at War, during the Giornate degli Autori

CANNES 2018: We talk to Icelandic director Benedikt Erlingsson about Woman at War, presented in the Cannes Critics’ Week 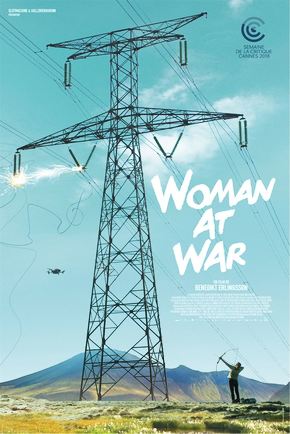 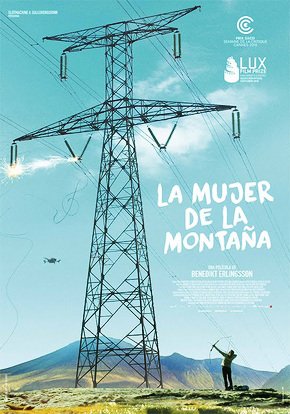 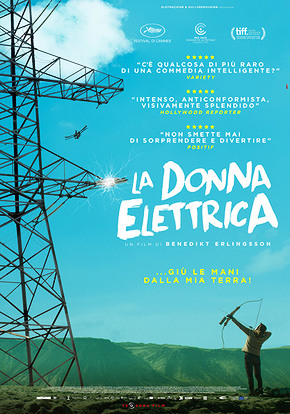 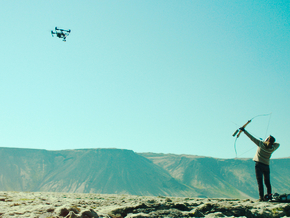 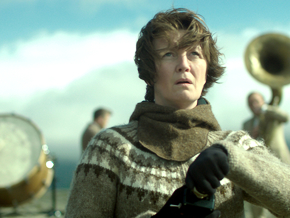