11/05/2018 - CANNES 2018: You'd be right in thinking this was a biopic, but Kirill Serebrennikov's new film is above all a ray of light and colour, peeking through the grey

"You have to record these songs as soon as possible," says Mike (Roman Bilyk), leader of the 80s Soviet group Zoopark, while speaking to his young bandmate and friend, Viktor Tsoï (Teo Yoo), about his songs - founder of the legendary group Kino and one of the male protagonists of Leto (The Summer) [+see also:
trailer
interview: Ilya Stewart
film profile] by Kirill Serebrennikov. The screening of Serebrennikov’s film in competition at Cannes Film Festival marks his first attendance at the event (in absentia, given that he is under house arrest in Moscow). You’ll have to be quick because everything dies here in Leningrad, explains Mike, before listing the symptoms of Soviet despondency that, ultimately, neither he, nor Viktor will survive.

The film’s third main character is Natacha (Irina Starshenbaum), Mike's beautiful wife, who both musicians (and the viewer) are completely besotted with and whose memories are revisited in the film. It’s with her gaze, wet with emotion after a concert, that Serebrennikov leaves us, allowing the simmering connection he weaves throughout the narrative between his film and the viewer to stay with us well after the end of the screening – the very same one that exists between these musicians and their audience, between them and the groups allowed freedom of expression in the West, from Lou Reed to Bowie, whose albums they share with a contagious passion.

We fall in love from the very first shot, filmed in a beautiful black and white style that is reminiscent of the music of the era, and which the film doesn’t hesitate to stray from occasionally in order to offer us some fragments of colour, red words engraved on film, amateur videos... In the film’s opening scene, we watch as some sweet young girls pull a ladder up to the rear of a closely monitored concert hall so that they can get in illegally. "It's started!" the groupies whisper to each other after climbing over the wall backwards.

You have to behave yourself in this cultural institution, monitored by the authorities, where the audience is forbidden from tapping along to the music. This motif of rigidly monitored expression makes several appearances during the film, with comedy, when the meaning of the progressive rock group is explained to a town hall representative, poetically, as we watch a padlock dangle gently on a railing, brutally, when the characters come into contact with the police on a train, and when we once again escape into a music clip as wild as it is imaginary – while a ghost narrator reminds us, during a moment of frank rebellion, that "this did not happen and will not happen, even if we would have liked it to!"

Leto is so much more than a biopic because it deals with things that didn’t actually happen, that only occurred in a virtual space. It talks about escapism, about finding oneself on the other side of a screen, about letting songs out, ignoring the mediocre sound of a record because the best sound is that of a crowd singing your tunes. It’s a film that seamlessly combines exuberance and simplicity, such as shots of Viktor's texts. Beauty can be found in everything in this film: on each face, in the ripple of a tiny drop of rainwater on a railing, in a banal phrase, "the bridges are being raised, I won't be coming home tonight," in people’s motives and in the limited freedom that we occasionally catch a glimpse of.

Leto was produced by Hype Film (Russia) and Kinovista (Franc), and its international sales are being handled by the French company Charades.

more about: Leto (The Summer)

“Music is one of Summer’s main characters”

CANNES 2018: Ilya Stewart, the producer of Kirill Serebrennikov’s competition entry Leto, talks to us about the challenges the movie faced on its way to completion

The upcoming films by Julia Ducournau, Alain Guiraudie and Lav Diaz will also be co-produced by the Franco-German channel

Set in the Soviet Union in 1984, Michael Idov’s debut feature centres on an entertainer tormented by a lack of artistic freedom

“It is crucial to show that Europe is still plural” 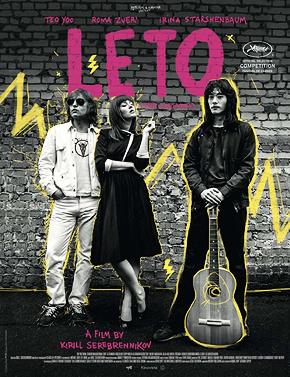 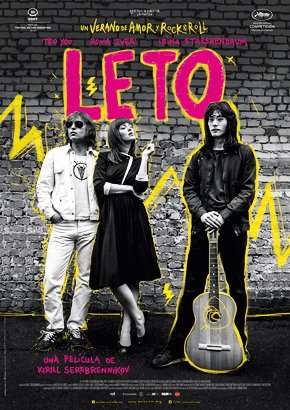 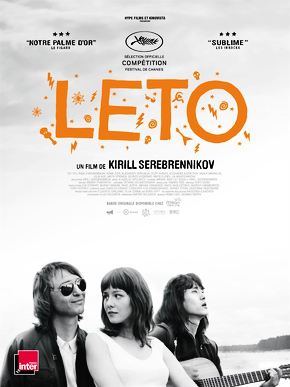 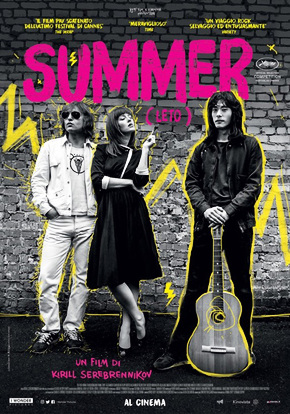 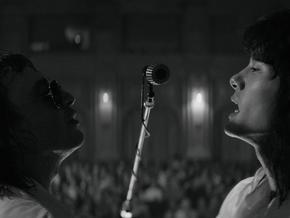 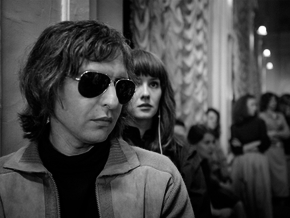 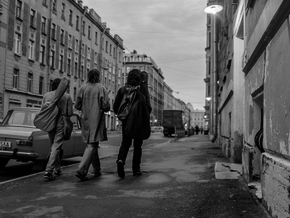