Review: Alone at My Wedding

11/05/2018 - CANNES 2018: Marta Bergman puts her name to a moving and energised portrayal of a young woman who ups and moves abroad to find out who she really is

Alina Serban and Tom Vermeir in Alone at My Wedding

Pamela leads a life full of questions and frustrations in a little village, just a few kilometres from Bucharest. Her relationship with her grandmother, with whom she and her little girl live, is one of love but also of resentment. Pamela dreams of escaping the destiny that others would have her fulfil; hers is an ongoing struggle to find her place in society with her sense of self torn between motherhood and femininity, and she is convinced that an answer to her questions can only come from elsewhere. She left school far too early and sees no future for herself in the surrounds of her village.

So, one day, she bites the bullet and becomes one of those Eastern European internet brides that we hear so much yet know so little about. Leaving behind her grandmother and little girl, who are completely unaware of her plans, she travels to Brussels and arrives at Bruno’s house, who’s not as young as he used to be and is caught between his aspirations in life and those of his parents. Their marriage is an impossible attempt at bringing together two lonely souls, two beings who feel a deep need for meaning and identity in their lives. But whilst each of them works towards and to some degree succeeds in transforming the other, there is just no forcing love, and Pamela will soon discover that her own emancipation as a woman is not hinged on being part of a couple, or on denying either her role as a mother or her roots.

With Alone at My Wedding [+see also:
trailer
interview: Marta Bergman
film profile], the first full-length fiction film by Marta Bergman, presented in the ACID section of the 71st Cannes Film Festival, our Romanian director is adding to a recognised body of work which started out in the realm of documentaries, namely Clejani, Heureux Séjour, and especially Un jour mon prince viendra. In fact, the framing of the early scenes in Alone at My Wedding is reminiscent of a documentary in many ways, with the camera following Pamela up-close as she makes her way around a village which her dreams have long outgrown. She leads a harsh, bleak life in the cold and the snow, enlivened by the energy invested by Alina Serban, who lends a confounding veracity to the character she plays.

Her arrival in Belgium, and in the home that Bruno tries hard to create for them, will shine an unforgiving light on the emotional and cultural gulf which works against the union of these two lonely souls. While the process of getting to know one another brings a certain level of curiosity and initially sustains their relationship, ultimately Pamela and Bruno find themselves, all by themselves while they’re busy looking for their soul mate. And in finding themselves, they are driven apart…

Bruno inhabits the features of Tom Vermeir, whose role in this film is in polar opposition to the part which earned him international recognition in Belgica [+see also:
film review
trailer
interview: Artemio Benki, Sylvie Leray
interview: Felix Van Groeningen
film profile]. Far from the impulsive and thunderous brother he played in Van Groeningen’s film, Alone at My Wedding sees him in the role of a man who is helpless and inscrutable but who is also incredibly kind and attentive. He is always listening to others, to Pamela, to his parents, but all he really needs to do is to listen to himself.

As for Pamela, she is played to perfection by Alina Serban, a young Romanian actress well-used to treading the boards, who gives a dizzying performance and brings an intense energy to a woman who is sometimes stubborn, sometimes vulnerable, for which the character is probably indebted to her.

Alone at My Wedding is produced in Belgium by Frakas Production, in association with Hi Film in Romania, in co-production with Avenue B Productions and Zélila Films and with the support of Rouge International in France, with international sales managed by Cercamon World Sales.

more about: Alone at My Wedding

"A woman who discovers she can find freedom all by herself"

CANNES 2018: We met with Marta Bergman, whose first full-length fiction film, Alone at My Wedding, has been awarded a place in this year’s ACID line-up

Keeping an eye out for emerging international and local talents, Cyprus’s biggest festival is about to kick off and has invited Udo Kier to chair the jury 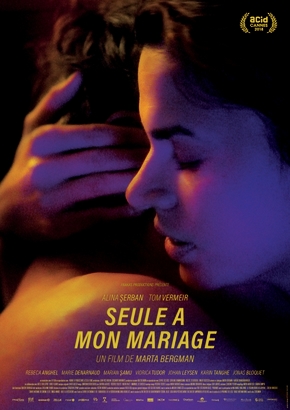 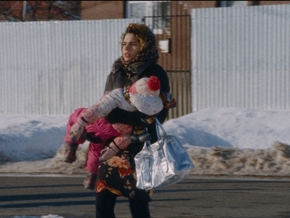 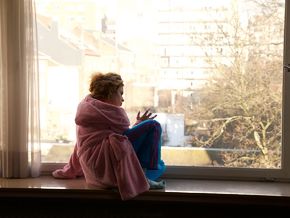 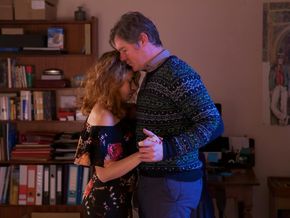 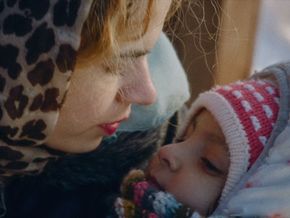 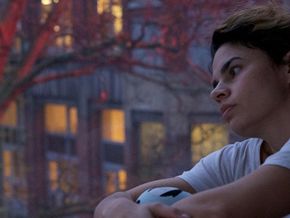