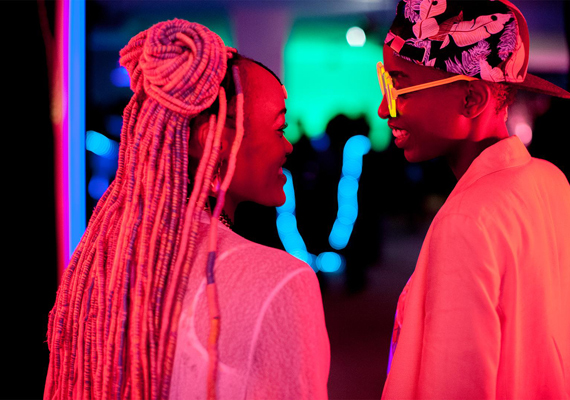 Based on the Caine Prize-winning short story Jambula Tree by Monica Arac de Nyeko, which was previously adapted as a short film by the director and her co-writer, Jenna Bass, Rafiki [+see also:
trailer
interview: Wanuri Kahiu
film profile], Wanuri Kahiu’s second feature film, is a coming-of-age lesbian drama set in a tight-knit suburb of Nairobi where everybody knows each other. The film was welcomed into Cannes’ Un Certain Regard competition after being banned in its home country, where the subject matter is still taboo. The harsh decision by the Kenya Film Classification Board only serves to mirror the set of values of this conservative society marked by traditional gender roles in a country where homosexuality is still punishable by law. Therefore, it comes as no surprise that it took some time to make this film happen, mainly through much-needed funding support and backing from development labs at various film festivals, and of course thanks to the ACPCultures+ Programme, implemented by the Secretariat of the ACP Group of States and financed by the European Union.

The main protagonist, Kena (Samantha Mugatsia), is a teenage tomboy whose time is split between working in her father’s shop and killing time with the neighbourhood gossips. The movie opens with a colourful introduction to her community – as she is skating through the suburban housing estate known as “The Slopes”, the vivid street life is unveiled to a soundtrack of hip-hop beats.

Kena’s life is turned upside down when she meets Ziki (Sheila Munyiva), the daughter of her father’s political opponent in the upcoming local elections. The neighbourhood seems not to suspect any ulterior motives behind this fast-developing friendship (“rafiki” means “friend” in Swahili), but the question asked by the local gossipmongers – “Does her father know?” – referring to the unlikely connection between the daughters of political enemies, bears a double meaning. The neighbourhood, only aware of a single case of homosexuality, that of a young man who is constantly harassed, is used to “good girls turning into good wives”.

It’s a sweet, hesitatingly told love story with much left to the imagination. Good intentions alone fail to smooth some clumsy bumps in the narrative caused by cinematic clichés as well as narrative devices related to the theme that will be achingly familiar to Western audiences. The dialogues, as well as the scenes of their first intimate encounters, are carefully constructed moments of shielded feelings. Young audiences will appreciate the candid tones and lack of heavy-handed moralising.

Nonetheless, Rafiki is a daring film intended to prompt much-needed dialogue on this topic, and it is unique in its local filmic landscape. There is a great scene where a priest holds a sermon in a church, saying he is surprised by the Kenyans who are challenging the government because of its stance on same-sex marriage: “They say it’s a human right […] Isn’t it God who decides what’s right and what’s not?”

Rafiki’s strongest assets stem from the choices made by cinematographer Christopher Wessels, as he focuses on the intense colour palette that accentuates the hues of the suburban landscape.

CANNES 2018: Kenyan filmmaker Wanuri Kahiu talked to us about her film Rafiki, presented in this year's Un Certain Regard section 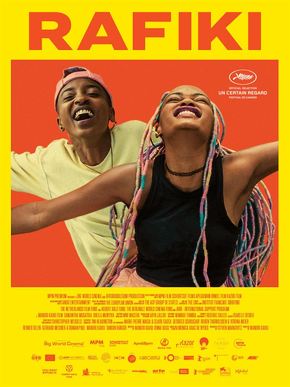 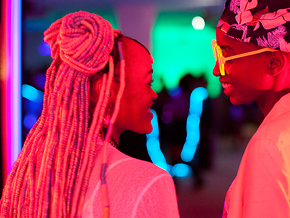 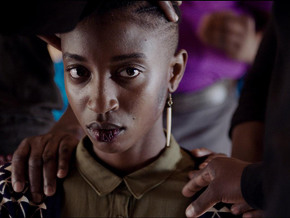 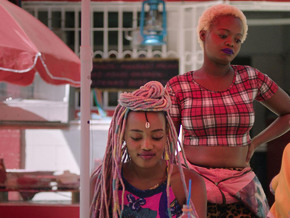 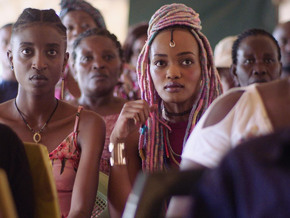 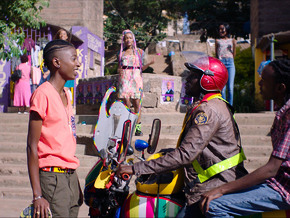