15/05/2018 - CANNES 2018: Stéphane Brizé presents a striking, exciting and exceptionally realistic film about workers struggling with the threatened closure of their factory

Vincent Lindon in At War

"If you fight you might lose, if you don't you've already lost." It’s this Bertolt Brecht quote that opens At War [+see also:
trailer
interview: Stéphane Brizé
film profile], the new film by Stéphane Brizé, unveiled in competition at the 71st Cannes Film Festival, and it is indeed into the heart of a vital battle that the filmmaker plunges his audience – a violent clash between the reality of human existence and the global economic stance on profitability, with its endless stream of relocations and redundancy plans.

Stick to your word, that’s what the boss demands during a meeting with union representatives at Perrin Industrie's factory in Agen, a subsidiary of a German car subcontracting company. A decision has already been made to close the factory two years previously, with its 1,100 employees signing an agreement to work 40 hours a week, while getting paid for 35 with no premiums. An agreement that was supposed to secure their employment for an additional five years, and which management has now decided to cut short due to "market realities" and "a hostile environment." A view of the situation that unionist Laurent Amédéo (Vincent Lindon, perfect as "man of the people") and his colleagues refute in its entirety, pointing out the company's profits, exaggerated profit margin targets, the amount of dividends paid to its shareholders, the CEO’s enormous salary, lies and treason. A head-on opposition that will develop over the course of a few months due to occupation of the factory, a court action against the legality of the redundancy plan, demonstrations, an appeal to the President of the Republic (who delegates to his social affairs adviser), media campaigns – closely followed by the police, some fairly tumultuous union meetings and some no less tense encounters with the company's French management team in order to involve the business’s global German manager in the hope of a favourable outcome. And all of this in atmosphere of sheer despair, un an area of France where employment is at risk, as well as feelings of solidarity (and risk of division) and the relentless hope for a moral victory.

One of Stéphane Brizé's great talents is undoubtedly his ability to perfectly create documentary-style fiction films. The film boasts some amazing realism, which we’ve already seen in The Measure of a Man [+see also:
film review
trailer
interview: Stéphane Brizé
film profile],and which takes on an epic dimension in At War, with its crowd scenes (alternating with tactical confrontations between employee representatives and economic and state powers), all while never yielding to the temptation to express humanism via an emotional expression or the impact of simple words. Only increasing in strength as it unfolds, the film makes the most of its precise casting (Lindon surrounded by non-professional actors), Eric Dumont’s twirling camera,and the soundtrack composed by Bertrand Blessing. The filmmaker also opts to include reconstructed television reports that punctuate the narrative and give the film the kind of super-contemporary tone you only find in the very best socially-minded films, without falling prey to Manichaeism (everyone has their reasons), even if it is somewhat obvious that the director is on the side of the individual and the idea of taking action against the destructive drift of capitalism.

Produced by Nord-Ouest Film, At War is being sold internationally by mk2 Films.

more about: At War

"The brutality of the world is grounds for investigation and intrigue"

CANNES 2018: French director Stéphane Brizé talks to us about his new feature film, At War 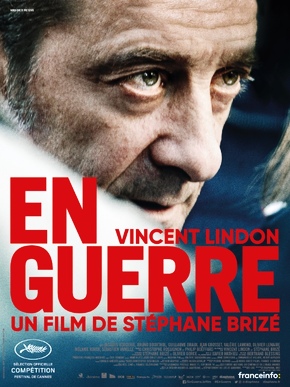 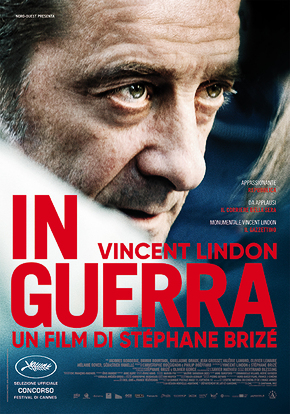 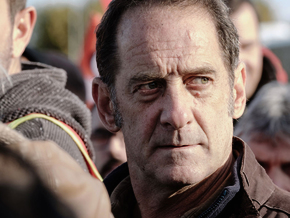 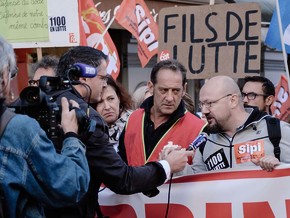 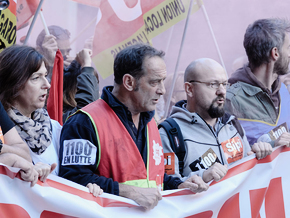 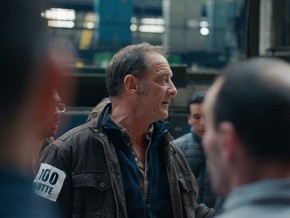 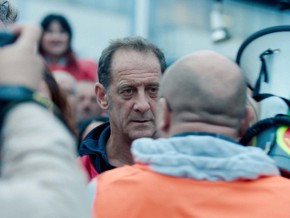 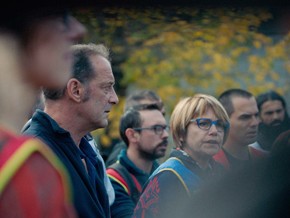 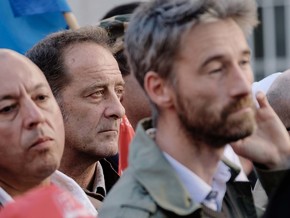 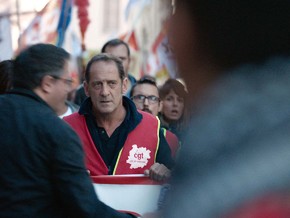 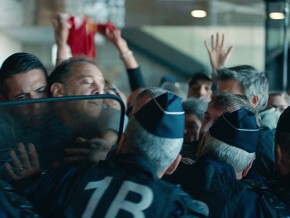 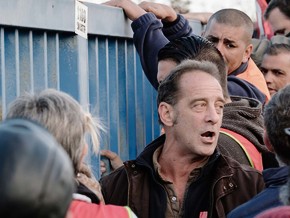