15/05/2018 - CANNES 2018: Mohamed Ben Attia continues to fine-tune the style he used in his debut film in the story of a Tunisian father whose distant and uncommunicative son suddenly vanishes

Having now helmed his second feature film, Mohamed Ben Attia already has a very recognisable signature. Although the plot of Dear Son [+see also:
trailer
interview: Mohamed Ben Attia
film profile], presented at the Cannes Film Festival as part of the 50th Directors’ Fortnight, is very different from that of Hedi [+see also:
film review
trailer
film profile] (Silver Bear for Best Actor and Award for Best First Feature Film at Berlin in 2016), we can still make out his hallmarks: a certain minimalism in the way he concentrates exclusively on a central male character, capturing all of his subtlest nuances, steering clear of excessive explanation as he embarks on a silent personal journey and eventually reaches an understated epiphany; a certain manner of looking at modern-day Tunisia and the way in which it combines both tradition and modernity; female characters who remain in the background but still provide a nuanced representation of the place of women in today’s Tunisian society; his particular way of stopping time for a moment (in both cases during a stay in a hotel); and allowing his characters to go it alone and distance themselves from the rest. Ben Attia, who has worked with the same producers ever since his first short films, also teamed up once again with the cinematographer from his first film, Frédéric Noirhomme, for Dear Son.

But besides these traits that it has in common with Hedi, the story that unfolds in this movie is quite different: while Hedi was a thirty-something man reluctant to agree to an arranged marriage orchestrated by his mother, Riadh (a very moving Mohamed Dhrif) is a father in his sixties on the verge of retirement, after a life of humble but honest work, who is worried about his son, Sami (Zakaria Ben Ayed). Sami is distant (mentally, though not yet physically absent), suffers from migraines and perhaps also depression, and is just preparing to sit his Baccalaureate exam. The first part of the film thus consists of observing the concerns and kindness of the anxious father, who sacrifices himself for his family without expecting anything for himself in return (luckily, a friend and colleague of his, the very 21st-century Sameh, played by pop star Imen Cherif, thinks about him instead, as does Ben Attia, because his son and wife appear in the story only to allow the audience to better understand the situation and Riadh’s journey), even if it means abandoning his own deeply ingrained habits and taking his child to a psychiatrist, or even lying out of modesty or to protect his relatives from harsh truths.

After his son’s wilful disappearance, which serves as a pivotal part of the story, the second part is dedicated to the search for him, which even extends as far as the Turkish-Syrian border, as Riadh seeks to understand that which he hasn’t seen. Once there, however, when he says that the only thing he wants is for his son to be happy, he is granted another way of interpreting his quest, which is perfectly in line with Sameh’s advice and lends an interesting angle to the notion of sacrifice: "You say that, but deep down, it’s only our own happiness that matters to us." Now that Sami is absent, Riadh can at last tread that path.

Dear Son was produced by Nomadis Images (Tunisia), and co-produced by Les Films du Fleuve (Belgium) and Tanit Films (France). The movie’s international sales are being handled by Luxbox.

CANNES 2018: Tunisian filmmaker Mohamed Ben Attia talked to us about his new film, Dear Son, selected in the Directors' Fortnight 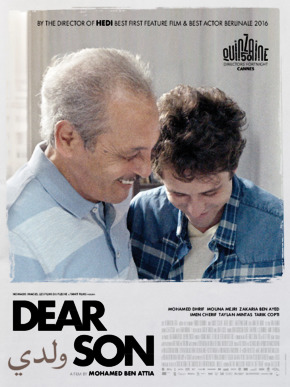 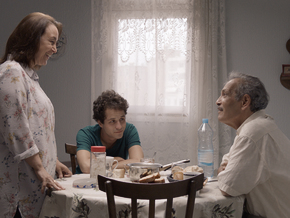 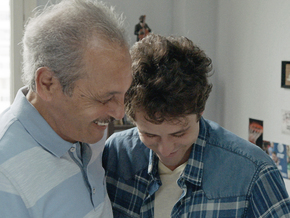 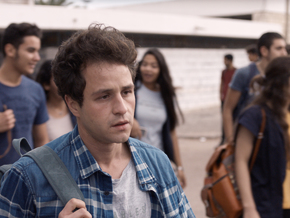 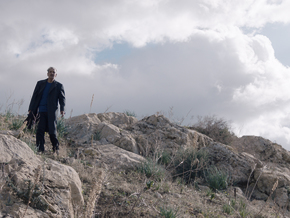