Review: The Trouble With You

16/05/2018 - CANNES 2018: Pierre Salvadori's film – in addition to being packed full of frenzied action scenes and a very intelligent plot – made its audience cry with laughter

Damien Bonnard and Adèle Haenel in The Trouble With You

The Trouble With You [+see also:
trailer
interview: Pierre Salvadori
film profile]’s comedic timing is so effective that festivalgoers remained on the banks of the Croisette well after the screening had ended. Pierre Salvadori offered his viewers a jubilant cinematic experience that left audience members at the 50th Directors' Fortnight of the 71st Cannes Film Festival in a rare state of collective joy. Not that the film's only quality is that it's hilarious (which would ultimately be enough on its own): its exuberance, which can be found in its numerous crazy and lively action scenes (the sound engineers must have had a field day), is carried by a diabolically well-thought-out plot and a joyful yet precise mise-en-scène.

We enter the film through a door that gets smashed in by the police just a few seconds later. An '70s American-style cop movie fight scene ensues (with some generic big yellow letters), which Jean Santi (Vincent Elbaz) boldly exits by throwing himself out of a window. Dead, Santi now only exists in statue-form in the town square, leaving behind his son and widow, who is also a cop, and the narrator of the story that we're about to hear (in order to explain the plot to her little boy). The decline of the police force is a recurring theme, occurring in a slightly different way each time, depending on Yvonne's mood (Adèle Haenel).

It's all down to the fact that Yvonne has found out that her husband was a crooked cop, resulting in ten years of incarceration for the only innocent man in a jewellery heist: Antoine (Pio Marmai), who is about to be released from prison. Wishing to make amends for her husband's actions, and unbeknownst to her colleague and dear friend Louis (Damien Bonnard), she begins to follow Antoine, who has become an uncontrollable eccentric with a tendency to bite people's ears off with his teeth. Yvonne becomes friendly with him under the guise of a prostitute called Louise, causing him to fall in love with her and to sport the kind of flabbergasted look that was plastered all over his previous lover’s face while she waited patiently for him to be released from prison (Audrey Tautou), but who no longer recognises him anymore, (no matter how she pitches the situation herself).

"The only time I told the truth, you didn't believe me," says Yvonne at one point. The motif of mise-en-scène – which weakens throughout the film – and a truth that evolves depending on the way you look at it and the way it’s recounted, is indeed at the heart of the film's story, form and content. The device, which is ingenious, also has the advantage (by creating nice parallels between the characters) of wrapping the entire film in a feeling of indulgence and good-natured optimism. Its intelligence and kindness, added to by hilarious offbeat dialogues ("I really wanted to kill myself"/"Are you sure you’re not just saying that to please me?"...), contribute to a subtle mixture that permit scenes – like the one in which customers at an SM club called "Mum Works" are arrested during a raid and are forced to make statements at the police station using the vocoders embedded in the hoods of their black latex suits – to maintain a sense of humour that never becomes coarse, but on the contrary rather spirited, and totally irresistible.

The Trouble With You was produced by Les Films Pelléas, France 2 Cinéma, CN6 Productions et Chaocorp. Mk2 Films are handling international sales (the film has universal appeal given that its humour isn't based on dialect).

more about: The Trouble With You

"A film that focuses primarily on my love of fiction"

We met up with Pierre Salvadori following the release of the Cannes-premiered The Trouble With You, a hilarious comedy about the pleasure of telling stories. Released in France on 31 October

A Les Films Pelléas production sold worldwide by Wild Bunch, the director’s 10th feature looks set to be a rejuvenating experience with its very young cast filming over a three-month period in Corsica 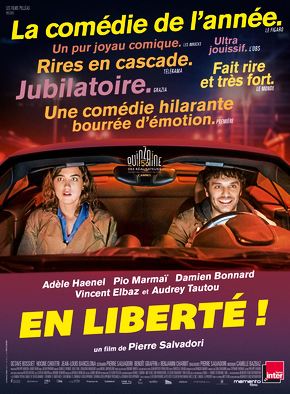 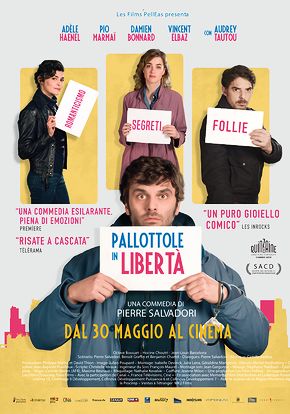 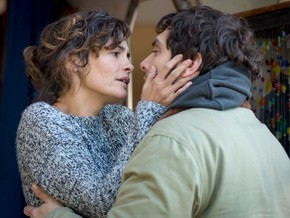 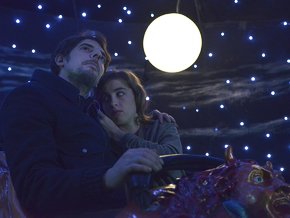 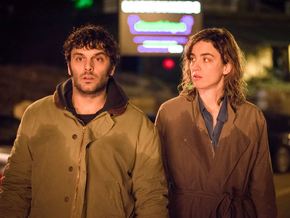