17/05/2018 - CANNES 2018: The misty Andes, decapitations, a lascivious monster straight out of your worst nightmare, and humour come together in this staggering fantasy-thriller by Argentina’s Alejandro Fadel 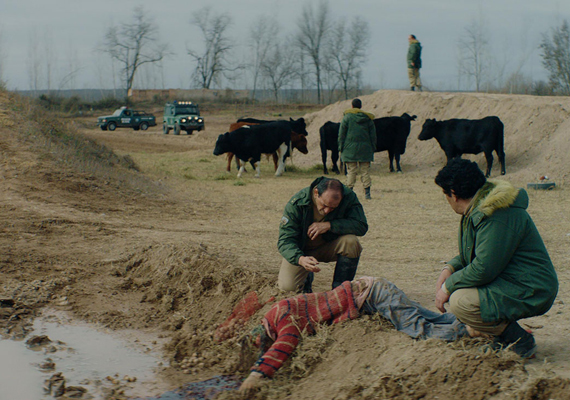 In the queue for the film Murder Me, Monster [+see also:
trailer
film profile] by Argentina’s Alejandro Fadel, presented in the Un Certain Regard section of Cannes, one ill-informed festivalgoer was worried about the titular monster being all soppy, much like the one in The Shape of Water. He couldn’t have been more wrong! The beast in this fantasy-horror-thriller, in which the misty, gloomy mountains in the province of Mendoza, at the foot of the Andes, serve as the disturbing and untamed setting for an aesthetic revolving around the gloopy and putrefied liquefaction of bodies, is a vile, roaring creature whose massive, scrotum-like face gives way to a gaping, dripping mouth bearing several rows of teeth. The long-tailed, misshapen, genital creature is so disgusting that you would have thought it had come straight out of a mental patient’s worst nightmare.

This could perhaps be the case, actually, as insanity and fear are the elements that the brilliantly convoluted and dangerously unsettling story hinges on – let’s not forget that Fadel, for whom this is the second feature alone at the helm, following The Wild Ones [+see also:
trailer
film profile] (also shot in a mountainous region and presented in the Cannes Critics’ Week in 2012), is also a highly experienced screenwriter who has written for the likes of Pablo Trapero. Here, the way in which he melds various different follies with sexual motifs that lurk somewhere between fantasy and trauma (and a strange kind of lustful and twisted dance, which is simultaneously disquieting and oddly moving) propels us into a decidedly trippy universe, composed of mental meanderings which it would be futile to look for a way out of, and which carry on unabated once the inquiry into the serial decapitations of women, which is the central theme of this atmospheric-psychological labyrinth, has come to an end.

This is already highly original, and is enhanced very effectively by the majestic cinematography of Julián Apezteguia and Manuel Rebella, but the film’s master stroke lies elsewhere: surprisingly, it can be found in the humour that it injects into the dismemberment of the myriad disfigured bodies. This mischievous tone, obvious right from the very first scene, in which a woman whose carotid artery has just been messily slashed attempts to grab back her head as it hurtles off backwards, is palpable during the entire movie. However, it never dilutes the film’s feeling of unease, and never gives it the last word either.

On that note, we should highlight the fact that Julie Gayet (who previously produced the exceedingly good Raw [+see also:
film review
trailer
interview: Julia Ducournau
film profile], another example of a title that combines arthouse film and slasher with impressive verve) is one of the producers of the movie, which is a co-production between Argentina (La unión de los ríos), Chile (Cinestación) and France (Rouge International and Uproduction). The international sales of Murder Me, Monster are handled by The Match Factory.

more about: Murder Me, Monster

Game Girls comes out on top at Bordeaux

From 6 to 14 July, Neuchâtel will fly the flag for genre cinema with yet another astonishing line-up at this fearless and unflinching 18th edition of the festival

CANNES 2018: The misty Andes, decapitations, a lascivious monster straight out of your worst nightmare, and humour come together in this staggering fantasy-thriller by Argentina’s Alejandro Fadel

Shooting in the French regions

CANNES 2018: The CNC organised an insightful conference on how the French regions support filming in their territories 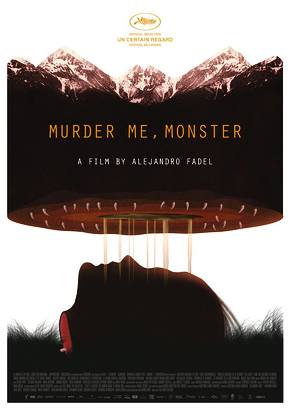 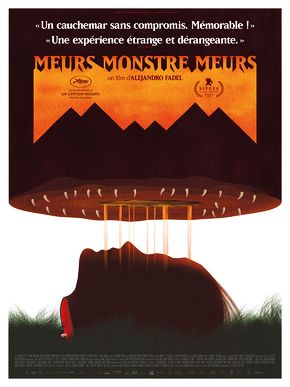 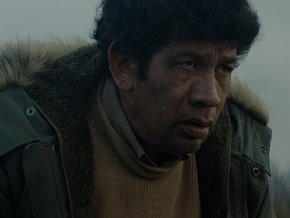 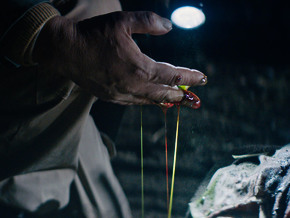 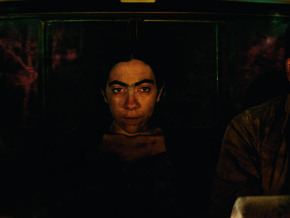 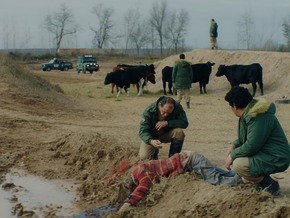