18/05/2018 - CANNES 2018: Terry Gilliam’s eagerly awaited take on the universe of the most famous of Miguel de Cervantes’ novels is shot through with his outrageous hallmarks

Simply everyone knows about the epic, bumpy road that was the development process behind this film, and so at the start of The Man Who Killed Don Quixote [+see also:
trailer
interview: Terry Gilliam
film profile], its director, Terry Gilliam, informs us via a notice that, at last, after more than two decades of waiting, we are about to enjoy his own personal approach to the most famous Spanish novel of all time, which sprang from the quill and the mind of Miguel de Cervantes Saavedra.

It would be worth asking Gilliam himself whether he has incorporated his own personal heartaches from the never-ending production of The Man Who Killed Don Quixote in the final product that the audience was able to watch as the closing film of the 71st Cannes Film Festival, given that its storyline, which unfolds during a movie shoot – the filming of a version of the novel Don Quixote – is steeped in nostalgia and jam-packed with criticisms of producers (neither the Russians nor the Chinese are spared), inconceivable plot twists and the odd biographical element. No less than the main character himself, played by US actor Adam Driver, is that filmmaker who witnesses how various elements – both real and imaginary, controllable and uncontrollable – prevent his film project from successfully coming to fruition.

The rest of the movie, featuring a screenplay by Gilliam and Tony Grisoni (who previously partnered up on Tideland [+see also:
trailer
film profile]), follows the epic adventures of the director, who discovers something that takes him back in time to his previous attempt to make the same film. His journey will lead him to meet a man who, much like Albert Serra in Honour of the Knights (Quixotic) [+see also:
trailer
film profile], he recruited from among the hoi polloi to step into the shoes of the ingenious nobleman (played here by Welsh thesp Jonathan Pryce, the star of the unforgettable Brazil, which also had a whiff of the quixotic about it) with genuine Manchegan realism. And from that point on, he will enter a frenetic, decidedly Gilliamesque downward spiral, in which reality will mingle with fiction, madness with intelligence, and frenzy with utter nonsense.

Inconsistent but admittedly with its moments of fascination, and just as deranged and fanciful as all of the films by the director of The Imaginarium of Doctor Parnassus [+see also:
trailer
film profile], The Man Who Killed Don Quixote – a title that contains a massive, windmill-sized spoiler – will fascinate fans of the US director, and will bore or even irritate more dubious viewers with its Grand Guignol-like excesses, but it proves beyond a doubt that Gilliam, now 77 years old, is still in mischievous shape and is still crafting unique, entertaining, outlandish and inimitable universes.

At the end of the day, the film, which was shot on location in majestic historical and natural surroundings in Spain, Portugal and the Canary Islands, and which is dedicated to two actors who previously accepted the challenge of playing Don Quixote for Gilliam (John Hurt and Jean Rochefort), stands as an ode to the sheer impulsiveness that we need in order to live, create and, above all, make films. Terry Gilliam knows this only too well and gleefully demonstrates it in this festive, daring, reckless, bellicose and almost testamentary movie.

The Man Who Killed Don Quixote, which boasts a score composed by Roque Baños and cinematography by Nicola Pecorini, is a European production between Spain, Portugal, the UK and France, and was staged by Tornasol Films, Kinology, Entre Chien et Loup, Ukbar Filmes, El hombre que mató a Don Quijote AIE and Carisco Producciones AIE. Its international sales are being managed by French sales agent Kinology, and it will go on general release in Spain on 1 June, courtesy of Warner Bros.

more about: The Man Who Killed Don Quixote

“A dream of the world can be more interesting”

CANNES 2018: Terry Gilliam chatted to us to discuss the controversy surrounding his long-awaited The Man Who Killed Don Quixote, which served as Cannes’ closing film this year

Looking for a trip into the realm of dreams? Watch new festival hits on our pages!

Review: The Legend of the Christmas Witch 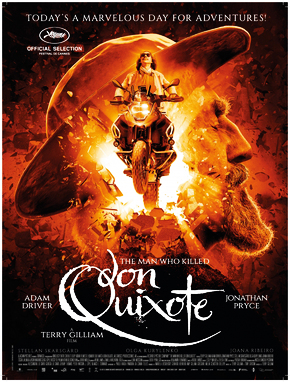 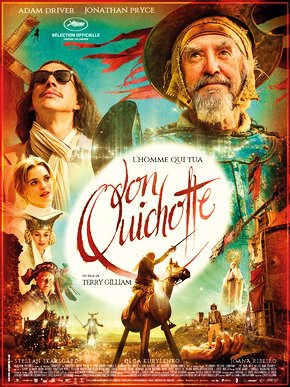 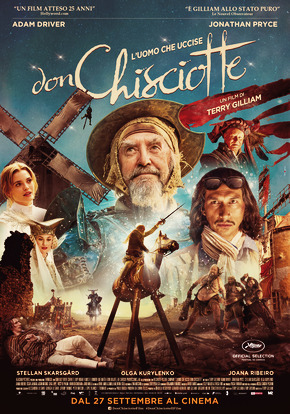 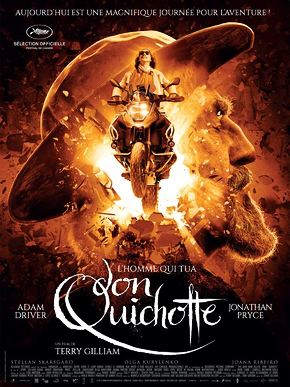 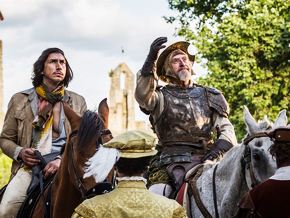 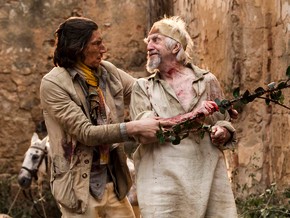 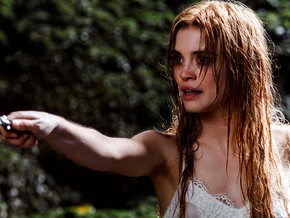 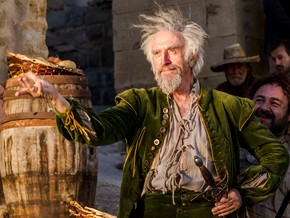