Review: In My Room

18/05/2018 - CANNES 2018: Ulrich Köhler’s film is a post-apocalyptic romantic drama that holds the viewer’s interest without resorting to killer viruses or zombies

Hans Löw in In My Room

If there is some divine logic in selecting a childish, 40-year-old loser as the only survivor of the apocalypse, the gods in Ulrich Köhler’s universe are keeping it a secret. Armin (Hans Löw) is the German Omega Man who survives an unexplained event that makes everybody except this highly incompetent news cameraman vanish. Armin, lonely and despondent, is considerably less charming than Charlton Heston’s sole survivor, and as post-apocalyptic adventures go, he has a far easier time of it. Instead of vicious mutants, the only things that Armin has trouble dealing with are dogs and his chicken coop as he diligently restores civilisation to his country abode.

In My Room [+see also:
trailer
interview: Ulrich Köhler
film profile], Köhler’s Un Certain Regard contender at Cannes, is a romantic drama that holds the viewer’s interest without having to resort to killer viruses, zombies or toxic mutants. It’s fun to watch Armin transform from a flabby, grieving good-for-nothing to a hardened survivalist capable of building a house, generating electricity, mastering animal husbandry and growing crops. His new life, rich in nature and purpose, is less a nightmare than a dream come true.

Expanding on the magical realism at the end of his Sleeping Sickness [+see also:
film review
trailer
interview: Ulrich Kohler
film profile], Köhler invites us to speculate on a world of absolute freedom threatened only by our need for another. Before the great vanishing, Armin is in debt but is too lazy to deal with it. A one-night stand ends clumsily when Armin unromantically insists that the girl (Emma Bading) he brought back to his wretched little apartment brush her teeth before having sex. Then a wake-up call arrives when he hears of his grandmother’s failing health. He stays by her side at the family home, which has been invaded by his father’s (Michael Wittenborn) new girlfriend, Lilo (Katharina Linder). The inevitable happens, and Armin, mourning the death of his beloved grandma (Ruth Bickelhaupt), drives to a popular riverside spot to drink himself into oblivion while watching party boats floating down the river. He wakes up in a world without people. Abandoned vehicles, buggies, scattered groceries and other vestiges of civilisation (it is worth highlighting the great work by production designers Jochen Dehn and Silke Fischer) litter the roads. And so the adventure begins.

As it turns out, there is also an Omega Woman called Kirsi (Elena Radonicich), who shows up one day out of the blue in a shabby camper truck. These two completely different people, although capable of having a romantic fling, are not meant to be our Adam and Eve. Kirsi refuses to bring children into “this awful world”, even though the last man on Earth happens to love it. It’s a bittersweet ending to a romantic adventure that leaves us asking what might happen next in Armin’s new world.

Patrick Orth’s cinematography is sober and realistic, as it was in all of his previous collaborations with Köhler. Furthermore, Johannes Grehl’s excellent sound helps add layers of mysterious emptiness to an unusually verdant post-apocalyptic atmosphere.

more about: In My Room

CANNES 2018: German filmmaker Ulrich Köhler talked to us about his new film, In My Room, presented in this year's Un Certain Regard section

We sat down with German director Henner Winckler to pick apart A Voluntary Year, which he co-directed with Ulrich Köhler and which screened at Locarno

"We support young talent and promote locations with a tour" 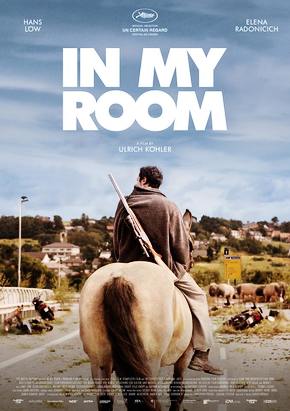 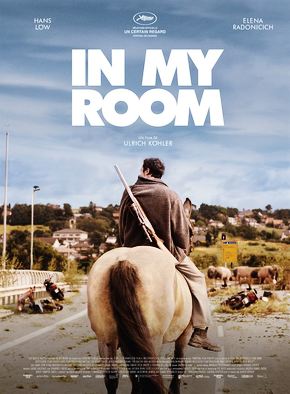 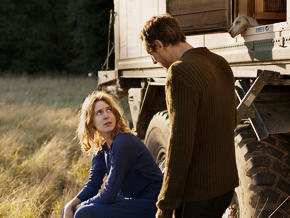 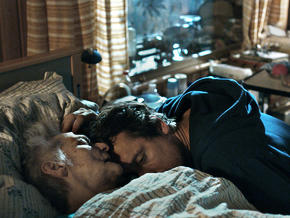 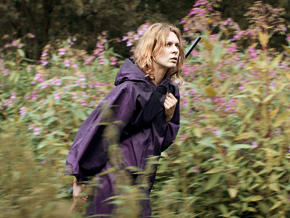 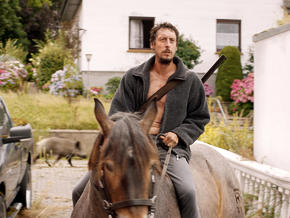