Mihajlo Milavić in The Witch Hunters

Serbian filmmaker Raško Miljković's first feature film, The Witch Hunters [+see also:
trailer
film profile], is an impressively accomplished work, especially for a debutant. This children's film is one of those rare offerings from Balkan cinema that is both engaging for kids and fun enough for parents, with a definite artistic streak and an exciting adventure story to boot. Moreover, it has an urban setting and… a superhero. After its world premiere in TIFF Kids at Toronto, where it picked up the Young People's Jury Award for Best Feature Film, it is now screening in competition at the Zlín Film Festival, and also in the Transilvania International Film Festival's EducaTIFF programme.

Ten-year-old Jovan (Mihajlo Milavić) has partial cerebral palsy, and his loving upper-middle-class parents (played by Jelena Đokić and Bojan Žirović) are doing everything they can to help him lead as normal a life as possible. Like most boys, Jovan loves superheroes and has created one for himself: Shade, a blue-caped warrior fighting against injustice. With his mum's help, he even made a large model of what he calls Shade City, where he imagines himself fighting crime, running and flying, whereas in real life, it is hard for him to walk, and climbing the stairs necessitates a great deal of painful exercise.

One day, he gets a new schoolmate, Milica (Silma Mahmuti), and the two soon strike up a friendship upon the girl's initiative. Milica is struggling with a different problem, though: her parents are going through a separation, and the reason is one very wicked witch.

Of course, "the witch" is what Milica's grandmother calls her son-in-law's mistress while reprimanding her daughter for her life choices. But the girl took this moniker literally, and has found proof of it: this lady is feeding her dad magic potions and herbs, and forcing his body into unnatural positions. The way Djordje Marković has edited the film shows us immediately that the woman is simply New Age health-conscious – the potions are fruit smoothies, and the body positions are yoga.

So Jovan and Milica team up to free the girl's father from the grip of these spells, because he must have been bewitched – you only fall in love once in your life, the kids reason, so this is unnatural!

The Witch Hunters is a meticulously designed and well thought-out concept, carefully but not heavy-handedly directed and benefitting from the kids' performances. This is not exactly great children’s acting in the most common sense of the word; rather, their playfulness and mock-pretending fit the story like a glove, both in the world of their imagination and in the magical set-up they have conjured up themselves.

Several CGI sequences with Jovan as Shade, flying and fighting enemies, are impressively executed, with style and just the right measure so as not to take anything away from our emotional investment in the characters.

The Witch Hunters is a co-production by Serbia's Akcija Produkcija and Macedonia's Dream Factory. Germany's Pluto Film has the international rights.

more about: The Witch Hunters

Pity and Virgins triumph at the Montenegro Film Festival

Other winners at the 32nd edition of the Herceg Novi-based event included Let the Corpses Tan, Radu Jude's "...Barbarians" and Comic Sans

PriFest gets going again in Kosovo

The Prishtina International Film Festival will screen close to 100 films from 22-29 April, alongside its comprehensive industry section, the PriForum 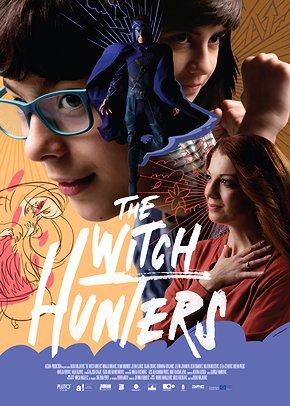 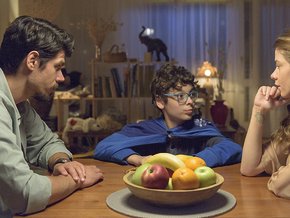 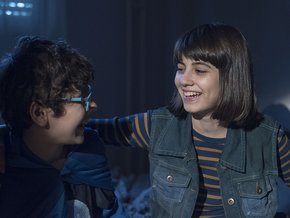 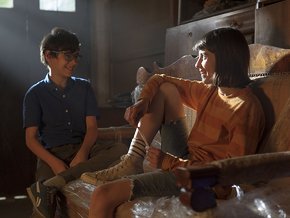