It is rare for a film to be able to capture the depths of the so-called “Russian soul” and the intricacies of times of transition with as much intensity as Anja Kreis does in her suggestively titled Scythe Hitting Stone [+see also:
trailer
film profile], her graduation feature from the Kunsthochschule für Medien Köln. The movie is now being screened in the competition of the Transilvania International Film Festival (25 May-3 June, Cluj-Napoca), and it has every chance of impressing the jury before the Saturday awards gala, despite competing with better-travelled and more lauded features, such as Adina Pintilie’s Touch Me Not [+see also:
film review
trailer
interview: Adina Pintilie
film profile] and Marcello Martinessi’s The Heiresses [+see also:
film review
trailer
film profile].

The director, screenwriter, editor and producer of the movie, Kreis explores a difficult time in Russia’s history: the year 2000, just as Boris Yeltsin announces his resignation and then Prime Minister Vladimir Putin becomes Acting President of Russia. In a provincial town, the return home of Anton (Aleksey Solonchev), a soldier in the Second Chechen War, brings immense joy but also tears to the eyes of family and friends, as his happy return coincides with the 40-day memorial of his brother Andrey’s death in the war. It is the perfect context for Kreis to explore a world where high hopes deflate into little pleasures and where comedy can become tragedy in the blink of an eye.

Always unpredictable and with a keen eye for the absurd and for comedy, the screenplay is actually a collection of interconnected stories that may have needed some script doctoring, but it still does a wonderful job of capturing a certain mentality and a society in which anything can happen. Every notion is challenged: heroism, history, the “Russian greatness”, economy, faith and the future. It is a world of desperate opportunism and gigantic disappointment, of symbolic grand gestures that are ultimately completely ignored, of intense reactions that end in sheer indifference. The characters, no matter how audacious their deeds, are mere spectators of a history over which they have no power. The use of Putin’s face, as steely then as it is now, strongly implies that things may not have changed so much since the early 2000s.

For audiences from former communist countries, which have usually suffered through a difficult transition to a (more often than not) fragile democracy, Scythe Hitting Stone may bring back some absurd memories, even a touch of nostalgia and maybe some relief about the fact that things are better now. For Westerners, the film explains some of the peculiarities of the Slavic psyche, including its intriguing combination of vitality and resignation. But for everyone, it is a compelling exploration of a society adrift, as funny as it is tragic. 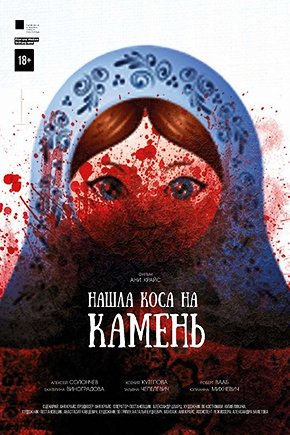 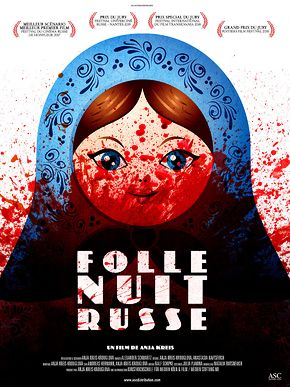 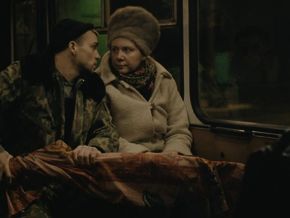 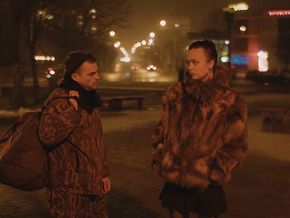 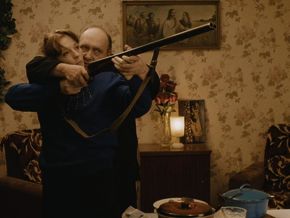 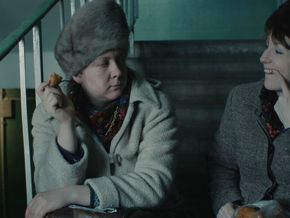