An intimate portrait of one of Poland’s most charismatic conductors, Tomasz Drozdowicz’s Concerto for Two [+see also:
trailer
film profile] provided the overture for the 58th Krakow Film Festival, where the movie received its world premiere as the festival’s opening-night film. Central protagonist Jerzy Maksymiuk has a certain international renown (doing a great deal of work in Europe, including conducting the likes of the BBC Philharmonic), and festivals with a particular focus on music may find this documentary intriguing, as it is as much about the process of conducting as it is about Maksymiuk himself.

The film follows 80-year-old Maksymiuk as he puts his orchestra through its paces in numerous intensive rehearsals. While never descending into the realms of the angry or the deranged, Maksymiuk is something of a hard taskmaster, as he notices small problems that seem to bother no one else. Pieces are repeated until the maestro has got his own way and the music is as perfect as he believes it could be. But back at home, he falls under the spell of his wife, Ewa, who has always been by his side to organise his daily life – and to tell him off if his perfectionism gets too overbearing.

Much of the fun of the film comes from Maksymiuk himself. Far from a stereotypical “creative tyrant” – he never seems to raise his voice – the conductor has a commanding presence simply because of his non-stop nature. He’s constantly jotting down musical notes, extemporising on the likes of Chopin or badgering a musician because he can hear a minuscule problem that they can’t.

Drozdowicz undercuts the more spiky aspects of Maksymiuk’s personality by providing a few humorous juxtapositions in the film. Moments in which he gently harangues his musicians are sat next to confessions that he will do anything in his power – even coming up with non-existent problems – to keep an orchestra in his thrall. Similarly, his bluff and bluster will always be punctured by his wife, who indulges his eccentricities up to a certain point but is not afraid to argue with him when needed. Indeed, as the title suggests, it’s a film that is very much centred on their relationship as the woman behind the genius is slowly revealed.

Drozdowicz takes a rather workmanlike approach to the material, intercutting his backstage footage (and it’s clear he gained a lot of trust from Maksymiuk throughout the process) with the rehearsals, alongside a smattering of archive footage. The film does also lead up to something of a grand finale, as we finally get to hear the fruits of Maksymiuk’s labour and indulge in some of Prokofiev’s “Romeo and Juliet”. Although, apart from the odd cross word along the way, this film’s central love story does not end in tragedy.

The movie was produced through Drozdowicz’s company, Studio Filmowe Autograf.

more about: Concerto for Two 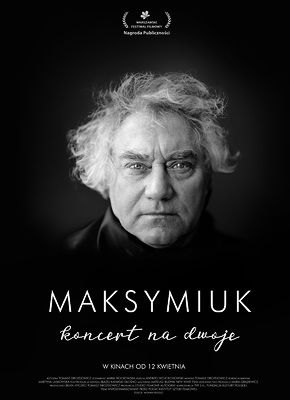 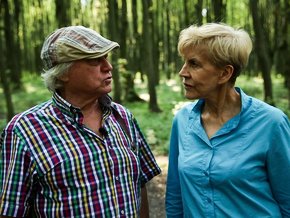 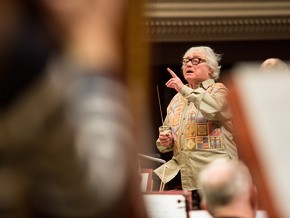 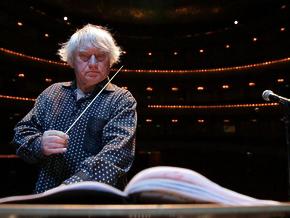