Review: The Man Who Stole Banksy

The “Man” in the title of The Man Who Stole Banksy [+see also:
trailer
film profile] is Walid “The Beast” Zawahrah, a Palestinian taxi driver who cut down a piece of artwork that Banksy spray-painted on the wall separating Israelis and Palestinians in Bethlehem and put it on eBay to sell to the highest bidder. At the start of Italian first-time director Marco Proserpio’s documentary, screening at the 2018 Sheffield Doc/Fest, Walid promises to tell us his story, but Proserpio is more interested in the ethics of Walid taking the mural of an Israeli soldier asking a donkey for its papers than he is about how Walid carried out the task. The big question pondered is whether a piece of street art belongs to the public or to the owner of the wall upon which it is painted. Does Banksy give up his copyright by painting on canvasses that don’t belong to him? He also has no public identity to make a claim. To answer these questions, Proserpio interviews Palestinian locals, lawyers and art dealers across the globe.

In 2007, Banksy and his team of artists entered Bethlehem and the occupied territories of Palestine, autographing the West Bank walls with their signature artwork. The artist wants to bring media attention to the fact that the Israeli government has built a giant wall through Bethlehem, locking out Palestinians from part of their own city. Banksy is seen as a modern-day revolutionary hero by many in Bethlehem, but one of the artworks, called “Donkey Documents”, has managed to spark ire amongst some Palestinian citizens, as they see it as literally depicting them as donkeys. Some in the community want to see the artwork removed, which is where Walid steps in. His logic is that the Palestinian cause can be helped more effectively by the work being sold and the money redistributed to help the people than by it sitting on a wall. It would be a good philosophy but for capitalism.

Narrated by the inimitable and craggy tones of Iggy Pop (not that a film about Banksy needs an additional stamp of cool), the documentary follows the work of art as it travels across the globe, to Copenhagen, New York and London. After some marvelling at the logistics of stealing and transporting such a heavy slab, as well as the way street art is being preserved in Bologna, Italy, Proserpio’s overuse of talking heads and his interest in the mechanisms and shenanigans of the art world make the film uneven and occasionally dry, with too much exposition. The standout interview is with anthropologist Françoise Vergès, who gives a cutting breakdown of how Western artists are given more prominence and commendations for their works, which is why Brit Banksy can make such an impact by spray-painting in Bethlehem, but Palestinians cannot. She sees this as a new, modern way in which the West is colonising nations without resorting to force. The film is also successful in showing why Banksy decided to open the Walled Off Hotel in Bethlehem in 2017, because not only is it a successful way of bringing the global media to report on the wall, but it also means that it’s much harder to paint over – or steal – his works.

The Man Who Stole Banksy is a Marco Proserpio production in collaboration with RAI Cinema, and in association with Elle Driver. It was supported by the Doha Film Institute.

more about: The Man Who Stole Banksy

Six 15-year-olds embark on a quest for power in the Sanità district of Naples. The 40-year-old Roman director's new film is due to compete for the Golden Bear at the forthcoming Berlinale

Review: The Man Who Stole Banksy 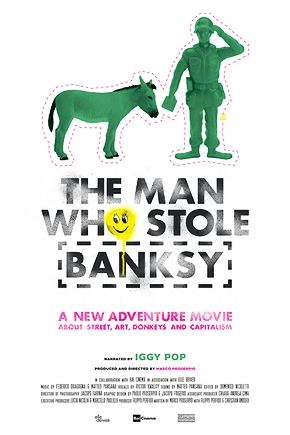 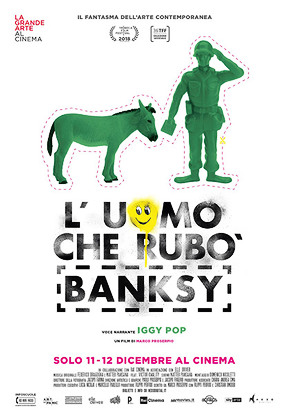 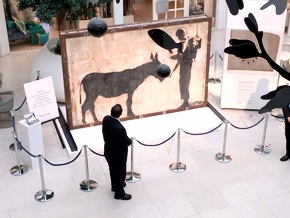 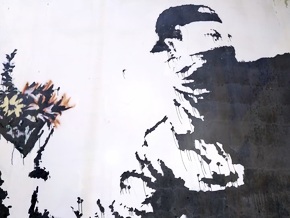