"They call me the Liberace of Lucha Libre, the Queen of the Exoticos. But I've been through a lot of hardship." The French documentarist Marie Losier chose to focus her second feature film: Cassandro The Exotico! [+see also:
trailer
film profile] on an almost mythical figure from an astonishing sporting universe, an extraordinary character, full of humanity but also a troubled son from the border connecting Juarez to El Paso. The filmmaker, who also directed The Ballad of Genesis and Lady Jaye [+see also:
trailer
film profile] (screened at more than 200 festivals after premiering at the Berlinale in 2011) confirms her empathic and artistic talent by delivering a film that delves into the intimacy of an extraordinary man at the end of the career that gave his life its meaning. An exciting documentary unveiled as part of the ACID programme at the71st Cannes Film Festival and screened in competition at the 7th Champs-Élysées Film Festival.

The audience is quite literally flabbergasted following its initial meeting with Cassandro (his real name is Saul Armendariz), flung from an intensive make-up session – fake eyelashes, eyeshadow, peroxide permed blond hair and hairspray galore (a Gay Pride worthy look) – to an incredible performance in the ring, where speed, tone and elasticity go hand-in-hand with some shocking violence, even if it is only a well-oiled performance by masked wrestlers. Welcome to the world of Lucha libre, a real religion in Mexico, where over the 25 years of his career, Cassandro has transformed the Exoticos – gay wrestlers – from a joke into respected sportsmen. And it is Cassandro’s career that Marie Losier (who personally provided the documentary’s audio and video) follows via multiple interviews in different locations, which consist of nothing more than simple conversations between two individuals who share a connection. Because Cassandro is a complex human being, who has battled a long period of addiction to drugs and alcohol before recovering, who was abused as a child, whose body bears numerous sporting scars (fractures, ligaments and nerves in poor condition, stitches, operations, hand injuries, etc.), and who is supported by both the Catholic church, Indian mysticism ("It was from the Great Spirit of this Earth that I was born, I give you my life. I am and will be a warrior for eternity") and his devotion to the Lucha Libre. But, his body is slowly beginning to sound the death knell of his life in the ring, the very place where he was once crowned the first sacred Exotico world champion, the paradise of pain where he fights, maskless, in a haze of multi-coloured tights, feathers, boas, dangerous jumps and audience participation.

Having managed to establish a very close relationship with her protagonist, the filmmaker is able to sketch an extremely sensitive portrait little-by-little. From his car to his very first gym, from his home to training and shows, from both sides of the US-Mexico border to a European tour that takes him to Antwerp, Paris and London, and through a mix of simple and imaginative sequences that include the use of archives, photos, music, sound, some almost dreamlike escapades into the desert and some very clever framing in 16mm. Cassandro The Exotico! is a delicate and exciting documentary that is not to be missed.

more about: Cassandro the Exotico!

Punto de Vista gears up to celebrate its 13th edition

The fearless documentary film festival shows no sign of being superstitious as it prepares to unspool in Pamplona between 11 and 16 March, offering unexpected and courageous cinematic propositions

In Safe Hands, The Sisters Brothers, Amanda, Guy and Mademoiselle de Joncquières will lock horns for the Best Film Award

Independent film on show on the Champs-Élysées 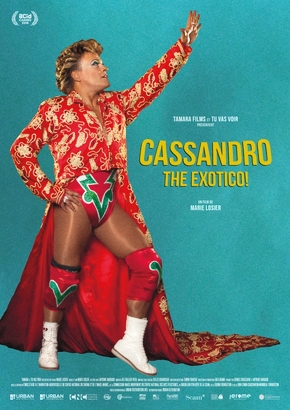 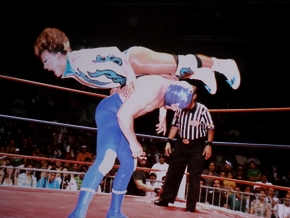 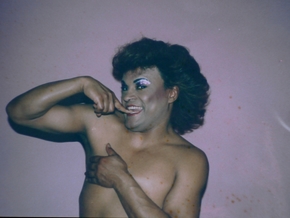 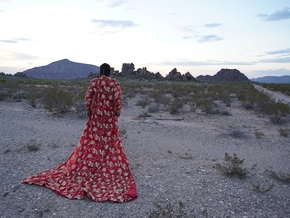 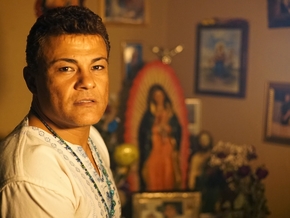 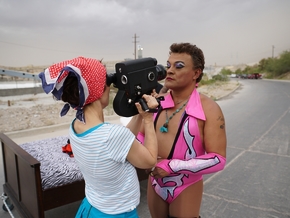 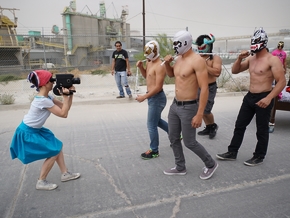