26/06/2018 - With four actors, a van, a few songs and numerous provincial bookshops, David Trueba cooks up a delicious, entertaining road movie with just a hint of bitterness

It may sound like a cliché, but sometimes cinematic magic springs from the simplest of beginnings. Casi 40 [+see also:
trailer
interview: David Trueba
film profile], David Trueba’s seventh full-length fiction film, is one of those cases. Trueba reunites two actors — Lucía Jiménez and Fernando Ramallo — who appeared in his debut film, The Good Life, packs them into a van and sends them off to tour the bookshops of various cities in inland Spain. He spices up this road trip with a number of fabulous songs performed by the lead actress and some sparkling, witty and highly entertaining dialogue that still manages to carry depth, reflection and commentary, written by the director himself. Following its premiere at the Malaga Film Festival, it’s now showing at the Cinema Jove Festival in Valencia before going on general release in Spain this Friday.

Trueba, winner of the 2013 Goya Award for Best Director for Living is Easy with Eyes Closed [+see also:
film review
trailer
film profile] (which also netted five other Goyas including Best Film) went out on a limb and opted for total freedom in pursuing the project, resulting in one of his best films to date. Self-produced and with no TV network support, Casi 40 was filmed in just a few days during a lightning tour of various cities in the heart of Spain, with cast and crew all thrown in together like a family circus. That closeness, intimacy and authenticity is palpable in every shot and scene of a film which, with modest ambitions, packs a powerful punch of critique, humour and emotion.

The plot is simple enough: two old friends, Tristán and Lucía, reunite after twenty years to embark on a concert tour aimed at reviving Lucía’s musical career, a mission wholeheartedly supported by Tristán. That’s it. But, as in Richard Linklater’s trilogy (Before Sunrise and its sequels), the conversations between the central characters gradually weave together into a thematic tapestry that ranges from the itch to revisit an abandoned artistic career to the absurd millstone of an idealised past (the burden of nostalgia weighs heavily on the generation depicted in the film) — touching on love and the social imperative to flush out ubiquitous corruption.

The song that lends the film its title was also written by Trueba, together with Lucía Jiménez. Casi 40 (litt. "Almost 40), and various other songs performed by the actress, are sprinkled throughout the film, along with a track by Spanish band Señor Mostaza and one by Rebeca Jiménez, Lucía’s sister. The soundtrack not only conveys the progression of the protagonist’s singing career, but also highlights the way the passage of time has marked her lyrics, just as it has marked the lives of these two characters, now far removed from those daydreaming teens we met back in 1996 in The Good Life.

Casi 40, with a supporting cast featuring Vito Sanz and Carolina África, was produced by Buenavida Producciones, S.L. (also handling international sales) and Perdidos G.C., S.L.The film is being distributed in Spain by Avalon.

“Shooting this film was tremendously cathartic”

"We outsource our most embarrassing side”

With A este lado del mundo David Trueba critically tackles the issue of immigration, and to do so he transfers his inept main character to the border town of Melilla

With four actors, a van, a few songs and numerous provincial bookshops, David Trueba cooks up a delicious, entertaining road movie with just a hint of bitterness

The movie by the Catalan filmmaker has been crowned with the Best Film Award, Best Director Award and Best Actress Award for Alexandra Jiménez 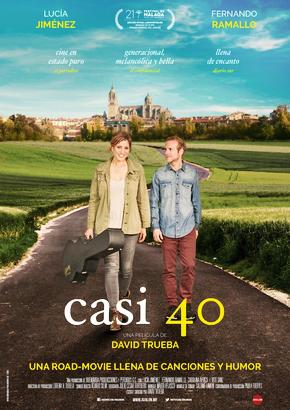 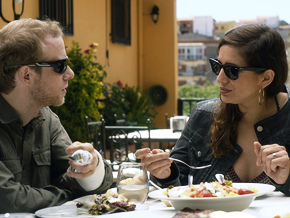 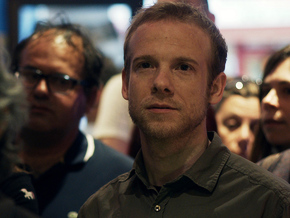 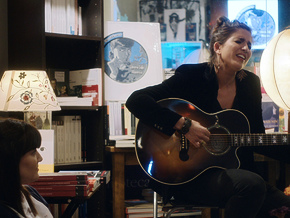 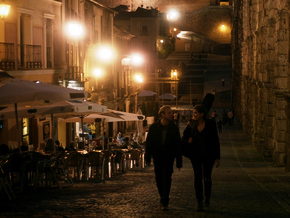 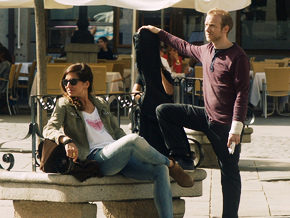