02/07/2018 - KARLOVY VARY 2018: The new film by Vitaly Mansky chronicles Putin's rise through footage the director shot as a member of the president's election campaign team in 2000

Mansky was on Putin's election campaign team in 2000, after Yeltsin handed over his presidency to his then prime minister. This is how the film opens, with Mansky and his family watching Yeltsin's speech on New Year's Eve 1999-2000. Now Putin is acting president, and Mansky's wife is very unhappy with this development.

But the filmmaker is more reserved – after all, he has a job to do. He is filming Putin and his closest associates for the purposes of the election campaign, if that is the right term for what the president and his team devised. His immediate position as acting president gave him an invaluable advantage, and there were no promotional videos, no billboards, and not even any TV debates that Putin took part in. Instead, his authority and presence were built on the "strong leader" narrative that is so dear to the Russian people, constructing him as a figure who would put a stop to the frequent Chechen terrorist bombings of Russian residential buildings at the time and sort out the runaway republic. This brought Putin a victory with 52% of the votes, and the accusations that it was his FSB that actually perpetrated these massacres only served to harm the accusers (just Google "Russian apartment bombings" for the scary details).

Accompanied by Mansky's own voice-over describing the situation at the time and offering his own observations, the film spends a lot of time with Yeltsin and his family as they wait for the election results, and with the Putin campaign team, which consisted of people in the highest positions – including Medvedev, Chubais, Mikhail Lesin, Gleb Pavlovsky, Kseniya Ponomaryova, Mikhail Kasyanov, Vladislav Surkov and Valentin Yushamov – all of whom, except for Medvedev, later fell out with the president and ended up, at best, sidelined in the political structures or, at worst, dead.

With Mansky's approach, the film might as well have been titled Putin and I, as his closeness to the Russian ruler during that period provides for unprecedented access and remarkable insight. You would be hard pushed to find such intimate and close-up footage of the president in his early days elsewhere. But what Mansky does best here is showing us the reasons for Putin's popularity and detailing his rise and gradual evolution into the autocrat that he is today. While the president will still essentially remain a mystery to us mere mortals, Mansky's film brings us much closer to him than, say, Oliver Stone's panegyric The Putin Interviews.

"Putin in 1999 and what he is today are absolutely incomparable"

We met up with Russian filmmaker Vitaly Mansky to discuss his latest award-winning movie, Putin’s Witnesses 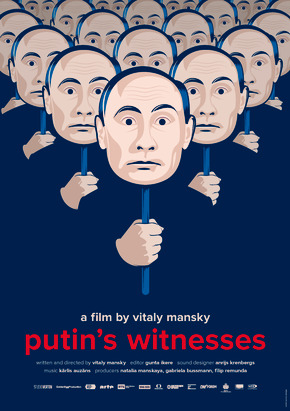 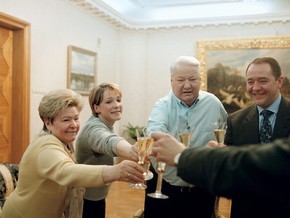