After their joint effort to portray censorship in the Egyptian media at the start of the revolution in 2011 in the successful and award-festooned 50-minute documentary Crop [+see also:
trailer
film profile], Marouan Omara and Johanna Domke found a good source for their first feature-length project in the shocking contrast between the calm, touristic atmosphere found in the luxury resorts of Sharm El Sheikh in the aftermath of the Arab Spring and the terror attacks that hit the luxury resort town in 2015. In that sense, Dream Away [+see also:
trailer
film profile], screening in the Documentary Competition of the Karlovy Vary International Film Festival, is no ticket to paradise. Or maybe it is, but rather to a zombie paradise, where more than 200 tourists were murdered by ISIS, turning this erstwhile oasis of luxury in the south of the Sinai Peninsula into a ghost town. It is a bold and somewhat surreal examination of time in one of the cradles of civilisation.

Nevertheless, whenever a new day rises, everything seems to be in its right place in every hotel. A soft voice emerging from the speakers invites an invisible crowd to the day’s activities. The ever-vigilant diver is already in position when the hydro dance team girls perform their daily choreography routine at the deserted pool dotted idealistically with beds and towels. The inviting, crystal-clear, green waters of the Mediterranean or the bluish ones of the pool seem to await life and movement, albeit at a slow pace. Elsewhere in town, the restaurants devoid of guests are ready for business. Here and there, a few vehicles pass by, probably belonging to the employees working at the various facilities.

Five years ago, the duo of filmmakers originally had the idea of juxtaposing this alternative world and the overwhelming confusion still reigning in Cairo, but it became apparent that this new reality bereft of people was an even more daring choice, as it allowed them to toy with the power of images in a society crippled by politics but sitting so close to paradise. It’s like staging a surreal play in the most perfect natural setting, using one’s visual imagination to picture what is not there and observing those people who will inevitably curse their fate and wonder about their uncertain future.

In these natural surroundings, Marouan and Johanna introduce us to seven creatures hailing from the desert: four men and three ladies, each with a different dream, a possible plan should things work out well, should the tourists arrive. There’s your regular living statue, painted in black and gold, the DJ who plays music to the emptiness, the maid, the cheerleader… They are all in search of something better as they gaze at the planes gliding by, even though they won’t allow themselves to leave. A strange monkey puppet perched on a vehicle churning out announcements serves as an oracle, their conscience or even a therapist. Perhaps it reflects the anxieties of a generation whose future remains uncertain, or perhaps it’s the clash between tradition and the promises of global liberalism.

In one sense, Dream Away almost portrays a different, alternative life, teetering between reality and dreams, on a similar level to the elements of reality found in Sean Baker’s The Florida Project, about the unwanted people living on the outskirts of Disney World.

more about: Dream Away

Karel Och, the artistic director of the Karlovy Vary International Film Festival, discusses the expansion of its territorial scope and its “gently edgy” programme

In our first story from GoCritic!, Nick Mastrini reviews Dream Away, the German-Egyptian co-production screening in Documentary Competition of Karlovy Vary 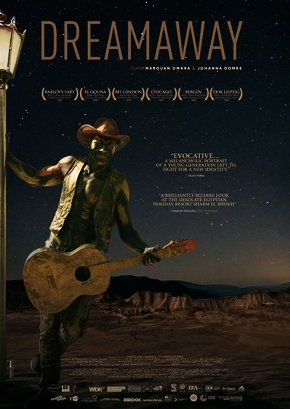 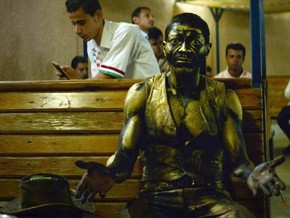 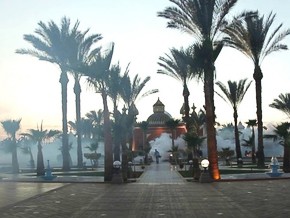