Review: Keep an Eye Out

04/07/2018 - The original and playful director Quentin Dupieux returns with a comedy on the borders of order, disorder, the realism of dreams, banality and weirdness

Benoît Poelvoorde and Grégoire Ludig in Keep an Eye Out

"It's going to be a long night," "How did you know that the corpse was dead?" In his office, Commissioner Buron (Poelvoorde) interrogates the moustached Fugain (Ludig), who has discovered the body of a man in the street at the foot of his building. The cop tries to clarify the sequence of events, while the witness admits to having been involved in the mess. And so, the scene is set: a confined space decorated in beige hues, a typewriter, a cosy atmosphere, a languid tempo. A verbal game of ping-pong commences as Fugain is forced to explain why his neighbour, an elderly woman-cum-peeping-tom, saw him leave his home seven times during “the night of the death.” The suspect revisits each round trip via a series of flashbacks, plunging us into his entirely banal everyday life (forgetting his wallet, buying some insecticide, a trip to get some fresh air, a flower pot falling from the balcony, a woman sleepwalking, a badly-parked car, etc.). But the situation suddenly becomes somewhat more tricky for Fugain when Buron's subordinate, one-eyed policeman Philippe (Marc Fraize), tasked with sussing out the suspect in the temporary absence of his chief, is killed by accident (by a shelf bracket!). And so, we find ourselves with a corpse hidden in the closet, quite literally, while the interrogation resumes, with the event creating temporal interferences with Fugain's story (including the sudden entrance of Philippe's wife, brought to life by Anaïs Demoustier). The funny plot (written by the director) slowly descends into the absurd, with plenty of twists and turns to follow…

Riding on the coattails of some exquisite dialogue, a slightly unhinged atmosphere cradled by a dreamlike sensation and an unusual strange tempo, Keep an Eye Out is a comedy bathed in paradox, an exercise in style that methodically strips away the bark of realism to extract, drop by drop, a pulp of very original humour, a purely ‘buenuelienne’ test that may not always be easily noticed by lovers of more direct comedy (although the film isn’t lacking in its fair share of comical moments), but that instead represents the beautiful demonstration of controlled nonsense and entirely insane structures.

Produced by Atelier de Production and Cinéfrance, Keep an Eye Out was co-produced by the Belgian outfits Umedia and Nexus Factory. International sales are being handled by WTFilms.

more about: Keep an Eye Out

Filmadrid gears up for an intrepid fifth edition

Between 6 and 15 June, the Spanish capital will host this international gathering that continues to invest in the most avant-garde, gutsy and radical filmmakers, come what may

Quentin Dupieux’s film, starring Jean Dujardin and Adèle Haenel, is set to open the famous parallel section of the Cannes Film Festival on 15 May 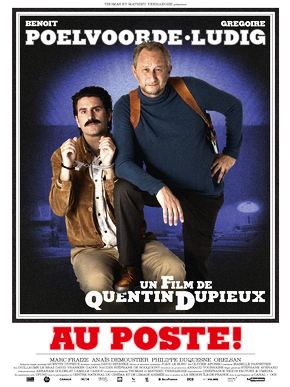 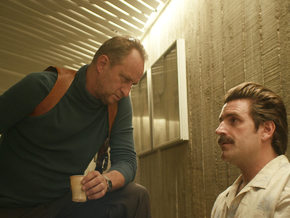