Based on a novel by Lithuanian author Laura Sintija Černiauskaitė, Breathing into Marble [+see also:
trailer
interview: Giedrė Beinoriūtė
film profile] – the debut film by Giedrė Beinoriūtė – is a dark examination of a family teetering on the edge of a cliff, and the little boy who enters their lives and threatens to be the one that pushes them off. The film received its international premiere in Karlovy Vary’s East of the West competition.

A well-to-do middle-class couple, Izabelė (Airida Gintautaite) and Liudas (Sigitas Sidlauskas), live in the countryside with their young son, Gailius. When Izabelė manages to convince Liudas that they should adopt, six-year-old Ilja (Joris Baltrūna), a quiet and reserved boy from the children’s home, becomes part of the their life. But it soon becomes clear that Ilja is not fitting into this new world. As Izabelė and Liudas’ marriage begins to fracture, a fateful decision is made that will come to haunt the family in the years to come.

From the very beginning, there’s a sense of inevitable tragedy about the film, which – for the first half – creates a dark and brooding atmosphere. Certainly, comparisons – admittedly faint ones – can be made with Lynne Ramsay’s We Need to Talk About Kevin [+see also:
film review
trailer
interview: Lynne Ramsay
film profile], with not only a child whose disruptiveness threatens the status quo of both a family and society in general, but also the idea that there is a large amount of self-delusion on the part of the parents. Does Ilja bring about the downfall of a family because of his behaviour? Or does the hidden decay at the heart of the relationship between Izabelė and Liudas – which includes unresolved resentment and infidelity – “infect” Ilja?

Beinoriūtė flirts with the tropes of genre cinema here, with the rural location of the film providing a sense of both dislocation and isolation, and there’s some strong and confident cinematography from Audrius Kemežys with individuals often being framed behind doors or through windows, highlighting their emotional distance. But while there is a strong tinge of psychological thriller, the movie is still grounded in realism with its portrayal of a marriage gone wrong.

The performances are all good, in particular from the young Baltrūna as the even younger Ilja. His quiet and withdrawn persona and inquisitive eyes are unnerving, yet there’s a sense of innocence and loss as well. It’s a brave performance, and the actor is something of a revelation.

The second half of the film – which involves a time jump after a fateful incident – is perhaps not as successful as the first, as the shift in focus to more of a domestic drama loses some of the nervous energy that permeated the film’s atmosphere before. The loss of Baltrūna (due to the time jump, an older actor takes on the role of Ilja) is also keenly felt.

Nevertheless, Giedrė Beinoriūtė marks herself out as a director to keep an eye on with this auspicious debut, and one would think that a healthy stint on the festival circuit should be guaranteed.

The film was produced by Just A Moment (Lithuania), Aning Film (Croatia) and Mistrus Media (Latvia).

more about: Breathing Into Marble

"The characters might not be easy to understand, but they are always very convincing"

KARLOVY VARY 2018: We sat down with Lithuanian director Giedrė Beinoriūtė to discuss her dark psychological thriller Breathing into Marble

The dark, psychedelic dramedy is written and directed by Raitis and Lauris Abele, whilst Mārcis is in charge of the cinematography

A markedly feminine edition for this year’s coco

The 20th edition of connecting cottbus will host 13 cocoPitch and 6 cocoWiP projects, 15 of which are by a female producer and/or director 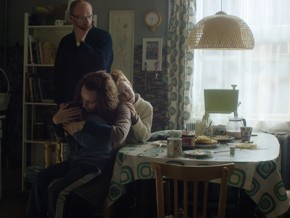 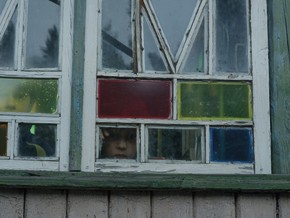