Max Megías in Jean-François and the Meaning of Life

Gerard Pastor’s music, with its melancholy tones and classical influences, guides the different chapters of Jean-François and the Meaning of Life [+see also:
trailer
film profile], a delicate, original and sensitive tale that marks Sergi Portabella's first foray into the world of feature films (born in 1980, Portabella trained at ESCAC). The film chronicles the (difficult) transition into adolescence, when one's spirit blossoms. The film’s colours are soft, its humour is subtle, and its mise-en-scene is more like something you’d find in an independent European film than the Hollywood comedies that so often focus on the tension felt during this transitionary period that marks the end of childhood.

Indeed, Portabella certainly doesn’t hesitate in tackling thorny issues such as school bullying, absent parents and an obsession with suicide, all of which are essential aspects of Francesc's journey of the cross and then resurrection. A thirteen-year-old boy (beautifully brought to life by Max Megías) who is unhappy at school and leads a troubled life, Francesc discovers a book by Albert Camus and soon becomes an untimely existentialist.

The theme of existentialism turns the film into a daring fable that seems to have come out of a time machine. We don’t see young people using mobile phones, glued to screens with headphones stuck in their ears, not by a long shot. The film’s young hero, extremely sensitive, actively curious and highly intelligent, will find his way thanks to books, something that may seems somewhat foreign to younger generations.

At the point in which the film turns into an on-the-road film, another important character comes into play: Lluna (brought to life by Claudia Vega, discovered in the film Eva [+see also:
film review
trailer
film profile]), soon becomes Francesc's accomplice and allows him to experience a sexual awakening. The destiny they choose for themselves, as impossible to achieve as it is romantic, is the last axis of the plot of this film, which refuses to align itself with more commercial formats, but rather seeks to awaken in the viewer the teenager that he or she once was, with all the trouble, awkwardness and fairly pronounced existentialism that comes with adolescence.

Jean-François and the Meaning of Life, written by the director (resulting in his being selected for Berlinale Talents, Script Station in 2014), is a Spanish-French co-production produced by A Contraluz Films and El sensit de la vida AIE, in co-production with Surprise Alley, with Televisió de Catalunya as an associate producer and with the participation of Filmin and TVE. The film, which was released in Spanish cinemas on 6 July with Vercine, had its world premiere at Moscow Film Festival, before being selected at Festival D'A, FIC-CAT and Atlantida Film Festival.

more about: Jean-François and the Meaning of Life

Coming on the heels of various films supported by the streaming platform, Doctor Portuondo, directed by Carlo Padial, will be the first series to bear the “Filmin original” hallmark

The Spanish filmmaker is currently filming his debut feature film in Catalonia and Paris; a French-Spanish co-production supported by the MEDIA programme 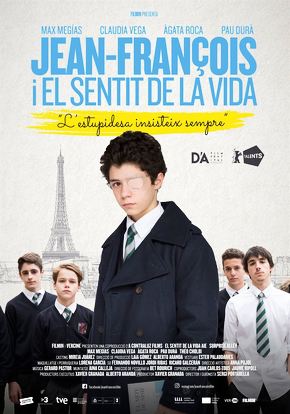 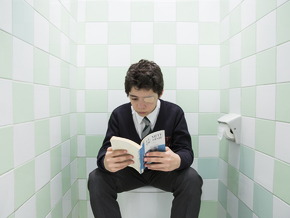