Review: In the Middle of the River

16/07/2018 - Berlin-based US director Damian John Harper bites deep into the flesh of American society with his second feature, which screened at Munich

Eric Hunter in In the Middle of the River

The second feature by Berlin-based US director Damian John Harper, In the Middle of the River [+see also:
trailer
film profile], had its world premiere in the New German Cinema section of the Munich Film Festival, where it won the Best Screenplay Award (see the news). Behind the script is Harper himself, who’s pretty adroit at tackling the sensitive socio-political topics of his home country, not once losing focus on the meticulously developed main narrative.

Following the lead protagonist, Gabe (Eric Hunter), on his quest to unearth the truth about the death of his twin sister Naomi (Andrea Vigil), Harper bites deep into the flesh of American society. The Iraq War veteran returns to his family home in a small town in New Mexico on the Navajo Nation territory after five years away, deeply affected by his traumata. After being dishonourably discharged from the army, he is left with Obamacare, which doesn’t cover the therapy for his traumatic brain injury or his post-traumatic stress disorder. Plagued by constant physical pain and dependent on painkillers, he is jumpy, over-sensitive and aggressive, which isn’t of great help to either him or his family. But also, after being tricked by his incarcerated brother-in-law Samuel Davies (Andre L Burch) into believing that the culprit is his grandfather Laurence (Max Thayer), he sets out to kill him.

The film opens with the sounds of Gabe’s heavy breathing in pitch black, before the light allows us to glimpse his first fit of rage in a public bathroom, shortly before coming home. This tension endures throughout the film, digging into the wounds of a community struggling with the hardships of unemployment, alcoholism and violence. As a hand-held camera follows Gabe’s every step, it bounces between faces and events, brushing past downscale milieus with hapless youths and their close-knit families.

Firmly rooted in the Native American communities, In the Middle of the River boasts a plot that is so finely woven that when Gabe reunites with his grandparents and siblings, it becomes apparent that the story has much more to offer than a simple quest for truth and vengeance. Harper doesn’t shy away from showing microaggressions in small-town everyday life, and anti-gun messages are wittily built into deftly crafted scenes and dialogues, such as one in which the grandmother, angered by the fact that a gun has been pulled out in her household as a mean of “protection”, says to her grandson: “That’s not protection; that’s instigation. You can’t fight fire with fire.” But sure enough, many of the protagonists are only too quick to draw their firearms. Gabe’s younger brother Ishmael (Morgan Hill), who’s just got out of the juvenile detention centre, is on the brink of being sent back there – he chooses to hang around with local thugs, as well as dealing and using drugs, and his obsession with weapons leads to him breaking into a local gun store.

As Gabe tries to fit back into his family, his grandfather’s alcohol-fuelled abusive behaviour brings back memories of his own past addiction. In an attempt to patch up relations, he seeks forgiveness from his ex-girlfriend (Nikki Lowe), who is fighting her own demons by literally giving them a pounding in intense boxing training sessions.

The directorial decision to make the camera follow or “sneak around” the protagonists proves to be the right choice in order to maintain the tense dynamics, which are enhanced even further by the sound design. Most of the performances are very strong, but Hunter and Thayer are the real driving forces of the film.

In the Middle of the River was produced by Weydemann Bros in co-production with Lightburst Pictures, das Kleine Fernsehspiel and ARTE.

more about: In the Middle of the River

Review: In the Middle of the River

Berlin-based US director Damian John Harper bites deep into the flesh of American society with his second feature, which screened at Munich

All Good shines at Munich 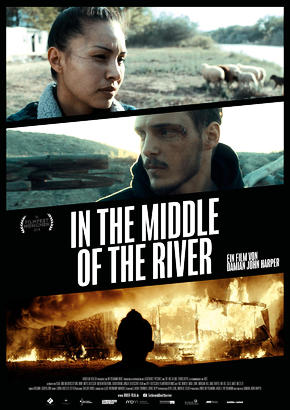 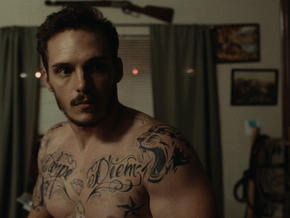 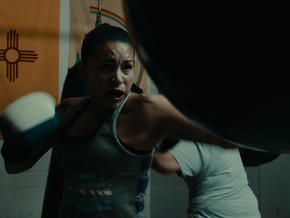 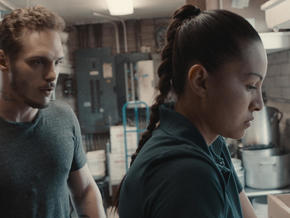 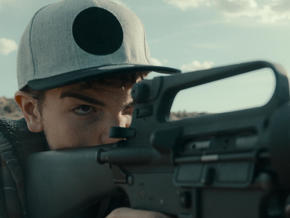 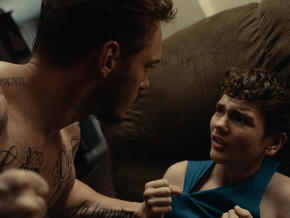 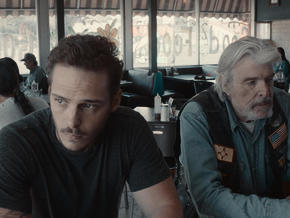 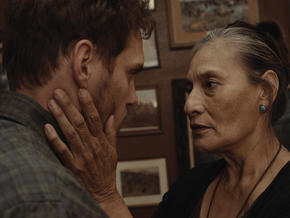 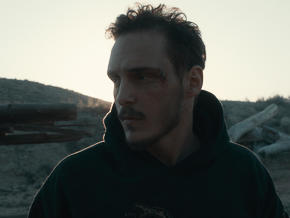 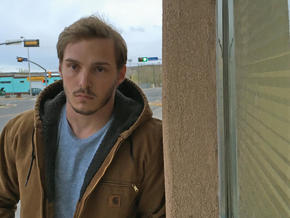