Review: Paul Sanchez Is Back!

18/07/2018 - Patricia Mazuy and the suggestive power of the news. A film with hints of social realism, the detective and western genres and some offbeat comedy

Laurent Lafitte in Paul Sanchez Is Back!

With only four feature films to her name over the past 30 years and a propensity to always go where you don't expect, from the rural drama of Peaux de vaches (discovered in the Un Certain Regard section at Cannes in 1989) to high-level horse riding in Of Women and Horses [+see also:
trailer
film profile] (screened on the Piazza Grande at Locarno in 2011) and Mme de Maintenon’s ruthless gynaecium at the end of the seventeenth century in The King's Daughters (also screened in the Un Certain Regard section in 2000 and nominated for a César Award for Best Film). Having released just a handful of films, Patricia Mazuy has yet again established herself as an audacious, original, skilled and incisive filmmaker. Her new opus, Paul Sanchez Is Back! [+see also:
trailer
film profile], released today in French cinemas by SBS Distribution, is no exception, plunging into a strange contemporary world, a sort of bottom-level look at a wild France, where depressing peri-urban artisanal areas and signs of social misery rub shoulders with the majestic sun-soaked countryside, where crime news feeds the imagination of the local population, and where an explosion rumbles like a pressure cooker, seeking a way to escape the gravity of everyday life... The rumour that a murderer on the run has been sighted is the spark that will ignite the passion and irrational life of young Constable Marion (the rising star Zita Hanrot).

The murderer in question is the mythical Paul Sanchez ("the Beast of Gévaudan, Jack the Ripper"), who massacred his family ten years ago. "We came to realise afterwards. That it was there, on Roquebrune rock, that the affair had just begun" says a voice off, while a man (the disturbing Laurent Lafitte) testing out a €24,700 4x4 is spurned by an embarrassed salesman ("it hasn't gone through, Mr. Gerard"). Meanwhile, Marion deflects the very insistent local journalist Yohann (Idir Chender) from a saucy celebrity incident (a blowjob in a Ferrari by a global film star) by revealing the rumour to him: "Paul Sanchez is back". The radio quickly picks up the news and having heard the headlines, the Gerard we meet at the beginning of the film takes a detour, sleeping off road in his swimming pool vendor van, breaking into a villa the next day, before fleeing all the way up Roquebrune rock, which he descends every day to go on the Internet, steal a rifle and contact Yohann, whom Marion has gotten close with. The national media is involved, the gendarmerie's special forces are about to be dispatched: the rumour is true, and the unruly Marion intends to play a role in the arrest of the dangerous individual...

By contrasting different worlds (the local gendarmerie and the GIGN, the local media and big news channels, down-to-earth everyday life and big ambitions and the fascinating echoes of national criminal events, grassy planes and rocky terrain, etc.), Patricia Mazuy spins a spiral in which discomfort and ennui get out of control at high speed before descending into the irrational. A portrait whose police comedy and burlesque tones create a feeling of dissonance with its sharp social realism, symbolic episodes, and western style – an overlap that is only enhanced by the strangeness of John Cale’s music. Some very strong contrasts and an ending that may be disconcerting to viewers who are more accustomed to a homogenous style, but that give flesh and blood to this smart, entertaining and quirky film, which has a lot to say under via a mixture of multiple genres brought to the big screen with crystal clear efficiency.

more about: Paul Sanchez Is Back!

The director's next film, which will reunite her with Isabelle Huppert, will be co-produced by the Franco-German channel, as will the new projects by Emmanuel Finkiel, Walter Salles and Payal Kapadia

Arieh Worthalter to star in Bowling Saturne by Patricia Mazuy

The Belgian actor leads the cast of the director’s new feature film produced by Ex Nihilo and co-produced by Belgium's Les Films du Fleuve, which will start shooting imminently

Wallimage invests over €900,000 in eight projects

The Walloon regional investment fund is throwing its weight behind eight new projects, including the ambitious Black Swan Tales collection of features 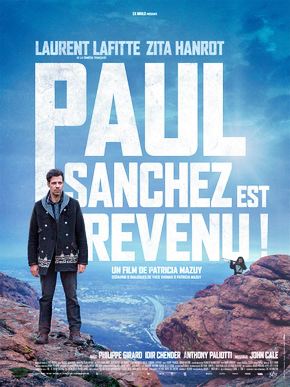