19/07/2018 - Alisa Kovalenko’s new film, shown in the European Documentary Competition section of Odesa, focuses on a promising female football player who faces her biggest struggles off the field

“Girls, cowards can’t play football!” barks the deliciously no-nonsense coach of the female team in Alisa Kovalenko’s lovely documentary Home Games [+see also:
trailer
film profile], shown in the European Documentary Competition section of the Odesa International Film Festival, but fans of Gurinder Chadha’s Bend It Like Beckham [+see also:
trailer
film profile] should consider themselves warned. While also focusing on a talented player, who dreams of making it into the national team, the young Ukrainian director seems to be more interested in what happens to her character after the bruises have healed and the game is over. That’s probably because that’s the only time when the strong, direct Alina seems to be losing control.

Through no fault of her own – with neglectful parents who were absent for most of her life, be it because of their run-ins with the law or booze – Alina is left to raise her much younger siblings on her own. Helped only by her grandmother, she tries to keep the family together, and although money is tight, she strives to provide the kids with the kind of childhood she never had. Surprisingly enough, she almost succeeds – but at a cost, as football, her only escape ever since she was seven years old and had to disguise herself as a boy in order to play, gets pushed lower and lower down her priority list, while buying notebooks and crayons for school comes first. “These are my children – my son and my daughter,” she says half jokingly, half resignedly, slowly growing into the role she never really asked for.

Which is not to say that it’s all dented kitchen sink drama, as both the director and her protagonist are way too headstrong and witty to let the grief take over. The kids, blissfully oblivious to their sister’s predicament, bring a great deal of levity to the film, and Alina’s stable relationship with her girlfriend (“Has it been seven years already? Wow!” says the girl at one point) provides warmth and a surprising rendition of Céline Dion’s “My Heart Will Go On”, further proving that while you can take the girl out of Titanic, you can’t take Titanic out of the girl. It’s quite astonishing how close Kovalenko gets to the protagonists sometimes, stopping only when Alina’s drunk father, passed out on the couch once again, gives her a glazed stare.

Inspired by her own cousin, one of the last women to play in the USSR team, Kovalenko looks at women who have next to no chance of turning their passion into a job. But although Alina can’t quite turn the women’s magazine mantra into reality and “put herself first”, unlike almost everybody else in her family, she is not ready to give up her dream either, and no wonder. After all, as spelled out in Chadha’s 2002 comedy, anyone can cook aloo gobi. But who can bend a ball like Beckham?

Home Games was produced by Maxym and Valentyn Vasyanovych and Iya Myslytska for Studio Garmata Film (Ukraine), Stephane Siohan for East Roads Films (France), Miroslaw Dembinski for the DocEdu Foundation (Poland) and Telewizja Polska (Poland). It was developed through The Guardian Goes Ukraine, and its international sales are handled by Aleksandar Govedarica and Jasmina Vignjevic, of Syndicado (Canada).

Salome Jashi's film triumphed in the international competition, while Andrii Lysetsky's feature debut won in the national one; Expedition 49 and Florian's Witnesses swept the industry awards

VENICE 2019: Valentyn Vasyanovych finds love in a hopeless place in one of the most interesting films screening in Orizzonti

Now refocusing on documentaries, the festival, which will unspool from 22-27 January in Biarritz, has unveiled the programme for its new iteration, which will showcase more than 100 films

Alisa Kovalenko’s new film, shown in the European Documentary Competition section of Odesa, focuses on a promising female football player who faces her biggest struggles off the field 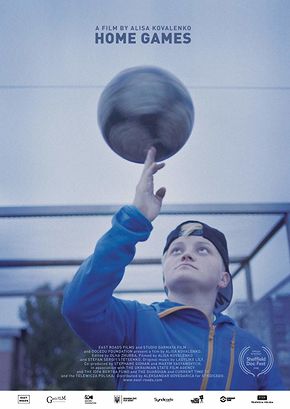 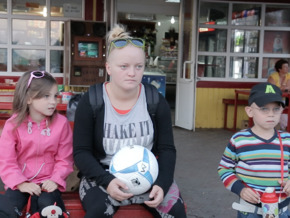