19/07/2018 - Ukrainian filmmaker Oleksandr Techynskyi's latest movie is naturalistic documentary at its best, with the titular Danube region as the main protagonist

Ukrainian cinematographer and director Oleksandr Techynskyi is best known as one of the three co-directors of All Things Ablaze (2014), probably the best film made about the Maidan protests. To make it, he and co-directors Aleksey Solodunov and Dmitry Stoykov put together footage that they created as video journalists from the heart of the protests in Ukraine's capital: fights between police and protesters, with fire, tear gas and bullets in abundance. But his new effort, Delta [+see also:
trailer
film profile], which world-premiered at DokLeipzig and is now screening in the National Competition at the Odesa International Film Festival, is a completely different kind of film.

Set in the Danube Delta in the Bukovina region, shared by north-eastern Romania and western Ukraine, Delta is a naturalistic documentary in its purest sense. And we don't mean a nature documentary, although it would certainly qualify as one as well. No, this is a film in which the delta itself is the main protagonist, and the people living around it and off it are side characters.

The movie begins in late autumn and ends in early spring, when living in the delta is especially tough. Farmers are harvesting the last of the wheat, and fishermen are rushing to catch as many fish as possible with their nets before the river freezes over. They drink and smoke a lot, and joke around with each other, often in a very vulgar way. But this casually jovial atmosphere both hides and reveals their actual state of mind, which gets darker as the days get shorter and the temperature drops.

After the first snow falls and the river starts to ice over, it gets harder to get fresh food, so a farmer slays a goat (mostly off screen, as more squeamish audiences will be happy to hear) as his neighbour, who cannot stand the sight of blood, asks if it is possible to make aspic out of this animal.

We also get to witness local traditions: preparations for a funeral on the river, and the Christmas celebration, which is Orthodox Christian but has some undeniable pagan elements. This is a place where time stands still, and man is still subject to nature.

There is no musical score in the film, and barely any dialogue – and what there is, including one intimate story of an old woman told in voice-over, helps more to establish and support the atmosphere and the state of mind of the inhabitants than to tell a story in the traditional sense. Even the rugged faces of the old people (there are not many youngsters in the film, and it is no wonder that they have left for the big cities) are presented as the result of living in the delta, just like their chronic alcoholism and chain smoking.

The footage is gorgeous, even when it shows objectively ugly images. Colours change as winter advances, from the soft yellows and browns to the icy white and bright blue, contrasting with the grey skies. The idea of living in the delta is translated so well to the screen that the viewer can almost smell the stench of animal dung and burning garbage, and feel the biting winter air and the texture of the snow crumbling under the feet… Maybe even the pain of frozen toes.

Delta is a co-production by Ukraine's Utopia Films and MAGIKA-Film, and Germany's Faktura Film.

Ukrainian filmmaker Oleksandr Techynskyi's latest movie is naturalistic documentary at its best, with the titular Danube region as the main protagonist 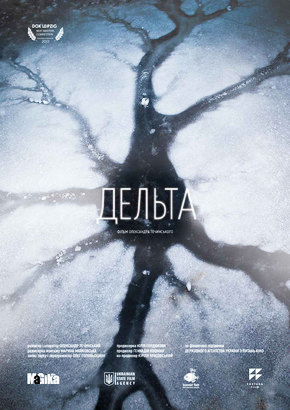 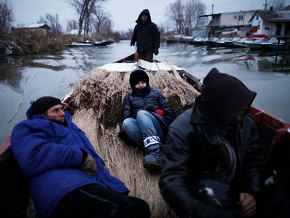 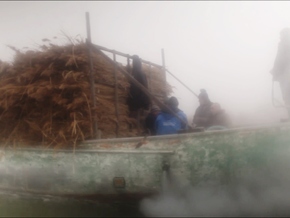 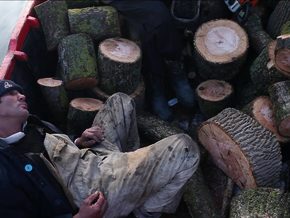 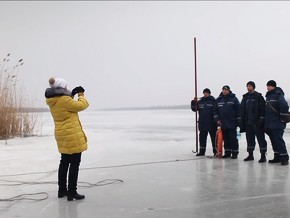