Review: Those Who Work

Olivier Gourmet and Adèle Bochatay in Those Who Work

Born in Switzerland and trained at Brussels’ IAD, Antoine Russbach is presenting Those Who Work [+see also:
trailer
interview: Antoine Russbach
film profile] in Filmmakers of the Present at Locarno. It is a forceful, poetic film that, like his graduation short, Les Bons Garçons (2010), reflects on the world of work, made up of unspoken rules and hinging on a quest for the perfect state of wellbeing.

On an aesthetic level, Those Who Work is an ethereal and brutal film, verging on the unreal, in which images of a picture-postcard Geneva are intermingled with glimpses of hypermodern and dehumanising open-plan working environments. Frank (a compelling Olivier Gourmet), the antihero of this story that is in many ways tragic but also, and above all, extremely realistic, blends perfectly into these sterile but beautiful surroundings. His life is devoted exclusively to his job: every one of his gestures is meticulously thought through, and the pace of his existence is set by a routine that eventually becomes an obsession. In his life, there is no room for improvisation or imagination – in his eyes, it is only pragmatism and a masochistic form of extreme hard work that are deserving of respect.

For Frank, there are two opposing and incompatible factions in the world: “those who work” and those who, on the contrary, do nothing but take advantage of a level of wellbeing that, when all is said and done, they have done nothing to deserve. His children fall into this latter category, as they are privileged young brats whose only concern is getting hold of the latest model of iPhone or finding out where the next cool party is happening. Their father’s absence, given that he’s always at work, is compensated for by a superficial material wellbeing, a kind of capitalist antidepressant that addles the mind.

Initially without realising it, Frank instils the idea of a sense of entitlement in his children’s minds – a philosophy that is the polar opposite of the one that guides him in his life. His mobile phone, permanently glued to his ear, becomes an artificial organ of this superman who is willing to do anything just to maintain the level of wellbeing he has attained.

One day, when he is forced to deal with a crisis situation at work, Frank makes a tough decision that leads his superiors to fire him. The world of work, around which our antihero’s life revolves, has completely drained him of his humanity, transforming him into a pitiful doppelganger of himself. In his eyes, all that counts are company profits and customer satisfaction – the undisputed king of a market in which each and every base act would appear to be fair game.

A lack of communication reigns supreme in a world where “taking action” counts for a lot more than “feeling”. Frank’s unemotional and steely face sublimely reflects a self-imposed inner void, an insensitivity that has morphed into a vital resource. Profoundly shaken and betrayed by a system to which he has given his all, Frank must gradually come to terms with his demons if he wants to protect the only object of affection who still matters in his eyes: his youngest daughter, Mathilde.

Those Who Work is a powerful film that urges us to ponder the absurdity of a world that only accepts success – but at what price?

more about: Those Who Work

"I try to give my characters a certain moral depth"

LOCARNO 2018: We caught up with Antoine Russbach, director of the discomforting feature Those Who Work, screened in the Filmmakers of the Present section of the Locarno Film Festival

The Co-Productions Village will unspool on 17 and 18 January in the French capital and online, with 18 projects in the offing, including works by Måns Månsson, Basil Da Cunha and Nathalie Biancheri 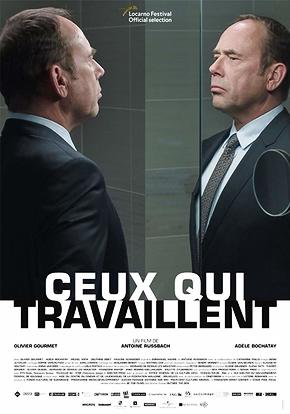 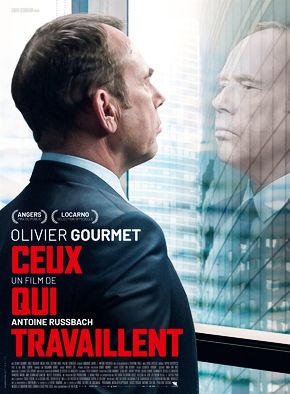